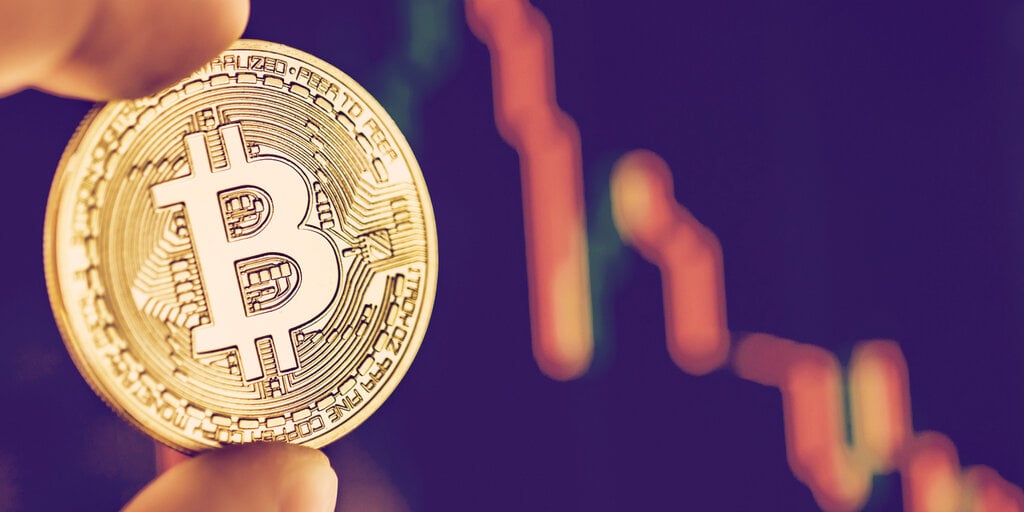 “Bitcoin’s volatility has been dropping over the last few months, but that doesn’t mean it has stopped having large price adjustments either way in a short period of time. In this case, it’s likely this is simply linked to today’s broader sell-off across most markets and assets,” Quantum Economics analyst Jason Deane told Decrypt.

Indeed, according to various charting platforms, nearly all major indices are currently in the red, losing up to 5% on the day.

Deane added that Bitcoin’s fundamentals, however, “remain extremely strong,” so today’s dip is more of a “period of adjustment in choppy trading waters”—rather than a cause for concern.

It’s worth noting that MicroStrategy completed its purchase of 29,646 Bitcoin today, worth around $650 million. It has bought this amount in the last 10 days, which likely explained the big rally over $24,000. Now that this has finished, there may be lower demand.

In case you’re wondering why Bitcoin and the crypto market are suffering from a bullish dumping today.

He pointed out that an important support level for Bitcoin’s price lies around $22,500, at which a rebound might occur.

“Bitcoin recovers at around $22,500, which the newsletter identified as a whale cluster support area a few days ago. Still shaky, but technically, holding $22.5k is key,” he added earlier today.

However, the price of Bitcoin has already dipped below this threshold at press time.