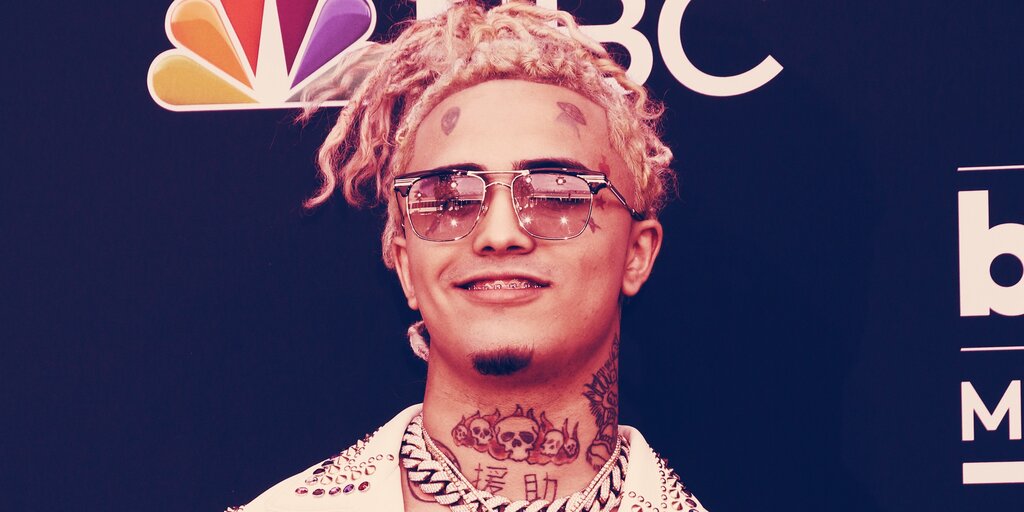 Rapper Lil Pump, perhaps best known for songs like “Gucci Gang,” and for shilling for Donald Trump earlier this year, is launching a cryptocurrency called PumpCoin.

It’s a collaboration with Fyooz, a company that essentially securitizes celebrity status, peddling coins themed after popular creators and influencers.

According to a press release, PumpCoin “will let you game directly with the rapper himself,” as well as engage with Lil Pump in other, unspecified ways. No word yet on how exactly that’s going to work. The company said the coin would be announced later today, and described it as being “like Cameo but even cooler.” (Cameo is a service that lets you pay celebrities to send you personalized videos.)

A representative for the company confirmed to Decrypt that PumpCoins will only be available outside of the US, thanks to SEC regulations.

And as with the Yachty partnership, the platform has joined forces with the Winklevoss twins’ digital art marketplace, Nifty Gateway, to release a one-of-one NFT modeled after the PumpCoin. NFTs are non-fungible tokens, which are collectible blockchain-based assets.

Lil Pump initially found fame with “Gucci Gang,” a song that somehow never made it to No. 1 on the Billboard Hot 100, but that was inescapable in the fall of 2017. He put out an album early last year called Harverd Dropout, which debuted in the top ten.

Remain calm. Remain patient. Have trust in the system. Our man will be re-elected. #Trump202020

In a bid for renewed relevance, Pump decided to rally behind President Donald Trump’s reelection campaign earlier this year; inviting the rapper to say a few words just before the election, Trump introduced him as “Little Pimp.”

Trump ended up winning Florida, Lil Pump’s home state, though it’s hard to say whether that can be attributed to a Pump Bump.

Other rappers have been getting on board with crypto, lately, too—just yesterday, Megan Thee Stallion gave out $1 million in Bitcoin via Twitter.

Editor’s note: This story was updated to clarify that Fyooz plans to announce, not release, PumpCoin later today. No word yet on when it will launch.