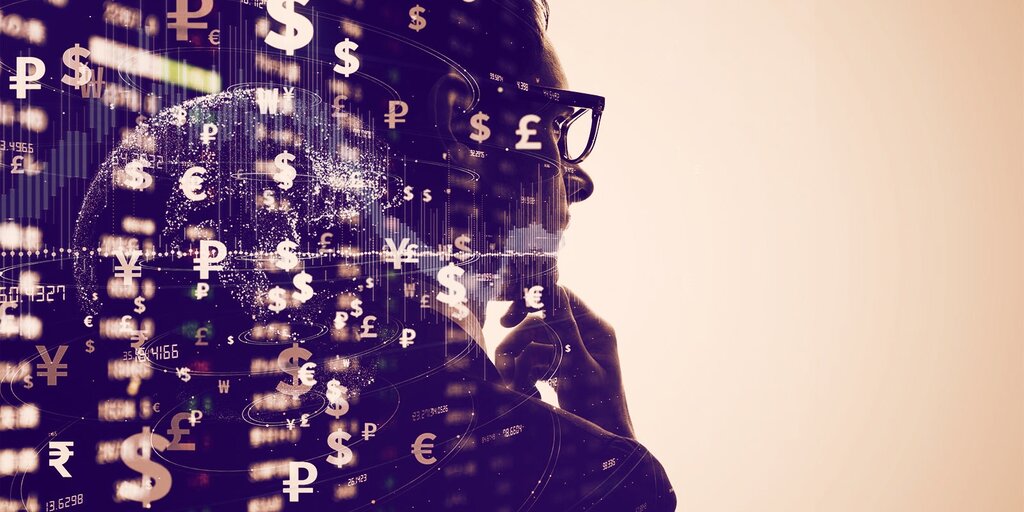 It was a bonanza of a day for crypto markets. While the surge that took Bitcoin and the broader markets into the stratosphere happened yesterday, the gains were all sustained.

At the time of writing, the world’s biggest market capped cryptocurrencies are all in the green. In fact, you’ll have to scroll all the way down to Theta Token at 38 to find a currency that has performed poorly in the last 24 hours, according to data provider Nomics.

Global market cap is now sitting pretty at $666 billion, and crypto as a percentage of gold is now above 9% for the first time this year.

As we’ve been reporting on repeatedly in the last few weeks, the boom has been powered by a combination of the Federal Reserve’s unyielding support of the US economy – which has led to a weakening of the US dollar – and institutional investors’ use of Bitcoin and as a hedge against other market forces.

But more recently, a new type of investor has started appearing in cryptocurrency’s waters: the hedge-fund sharks. These are a particularly unusual type of trader, and bring with them the potential for increased market volatility, as they use market movements to increase profits, at the expense of HODLers.

Whereas the majority of day traders are betting their own money on being able to predict the price of Bitcoin, hedge-funds are different. Hedge fund managers are money managers for the rich.

To be worthy of giving your money to a hedge fund, you need to have a net worth of $1 million (excluding your home) and earn roughly $300,000 a year – the amount varies according to where the investor is.

Hedge fund managers then have autonomy over what they choose to invest in. Perhaps the most famous example was Michael Burry, the eccentric hedge fund manager played by Christian Bale in the 2015 movie The Big Short.

Burry had complete control over investor money and bet a billion dollars on the housing market collapsing. In this instance he was right, but his investors went bananas because they had little power to stop him.

If Burry ran a mutual fund, he would have been regulated by the Securities and Exchange Commission, would have had limitations on his investment strategies and would have to comply with rules and regulations over reporting what he was doing. Instead, he was free to dabble in no holds barred trading. And it’s characters like Burry that are heading for Bitcoin.

These hedge fund managers are different from things like Grayscale’s Bitcoin Trust. The investment company has created a digital currency investment product that individual investors can buy and sell in their own brokerage accounts. It’s registered with the SEC, and it shares its reports with the Commission on a regular basis.

Pure hedge-funds aren’t encumbered by such regulatory red-tape. Instead, they are considered a high-risk, high-reward investment vehicle not for the faint-hearted. During the 2008 financial crisis, hedge funds lost an accumulated $450 billion, far more than mutual funds, individual stocks, and balanced portfolios during the market collapse. Here’s why that’s interesting or concerning, depending on whom you ask, for Bitcoin.

Bitcoin whales, those who hold at least 1,000 Bitcoin, according to Glassnode, buy Bitcoin, hodl it, wait for it to reach a certain threshold and then sell it.

Hedge fund managers tend to thrive on volatility. A typical toolbox for a hedge fund trader includes things like long/short equities – where traders place long and short positions on competing assets – arbitrage – traders buy an asset in one market and sells it for more in another, global macro – big bets on prices based on macroeconomic trends – and the list goes on.

Probably the most notable hedge-fund strategy for Bitcoin is quantitative analysis or QA. According to a May report from PricewaterhouseCoopers LLP and Elwood, the most common crypto hedge fund strategy is quantitative, accounting for about half of the $2 billion industry as of 2019. Indeed, JPMorgan Chase & Co. and Nomura Holdings Inc. reckon momentum-chasing robots have been a force driving the world’s largest digital currency in this record-breaking year.

These strategies build models using mathematical and statistical modelling to make assumptions based on where the price will go next. It’s currently one of the most popular ways day traders use to understand Bitcoin’s price. On the AAX Futures Exchange, you can see a whole host of chart-making tools that demonstrate this.

Quants as they’re commonly referred to love Bitcoin because the price is based almost entirely on sentiment. Quants believe humans, in particular, traders behave in ways that can be modelled. For example, when stock markets tank, investors traditionally head for safe havens like gold, and the price of the precious metal goes up. That’s a model of human behaviour that quants make money out of. The same applies to Bitcoin.

Quants like whales because they tend to behave in a similar fashion, and they can make models that profit from that behaviour. What’s more, hedge-funds can cover their losses through hedging. Essentially the way it works is a hedge fund will try and run calculations on how much an asset swings by over a given period of time.

Invictus Capital for example studied Bitcoin’s price movements for two years, before building its Bitcoin Alpha Fund. With that data, it can then create fail-safes that protect investors from aggressive downward swings, creating a buffer. The downside is that those funds don’t benefit from the extreme market upswings as the buffer exists when the market goes up as well as down.

What this all means is that hedge funds with an appetite for risk can entice more investors into the crypto waters, with offers of bigger profits, and hedging against some of the risks. But with high profits comes high risk. Quants often use high-frequency trading (HFTs) to eek out those profits. But as we saw in 2008, HFTs can take a market downturn and turn it into a market collapse, as bots begin to copy each other. This cautionary tale was mapped out by Andrew Lo, a finance professor at the Massachusetts Institute of Technology

After the market collapse, he ran simulations of markets to explore how algorithmic trading strategies evolve. What he found was startling: the stability or instability of such a market depends on whether the strategies are highly diverse or dangerously similar. In essence, too many firms following similar practices could precipitate a market crash.

In two dramatic episodes during the second week of August 2007, several prominent and successful US hedge funds suddenly suffered enormous losses in a few hours because their quant bots were investing in similar ways to other quant bots. When one hedge fund had an unexpected margin call, it dumped its position to raise cash. That caused the asset to depreciate in value, lowering the net worth of the other funds, so they also faced margin calls and also had to sell the same assets. The result was a death spiral of selling and margin calls.

While we’re still in the early days of the hedge-fund quant sharks in Bitcoin, this could be a sign of things to come.