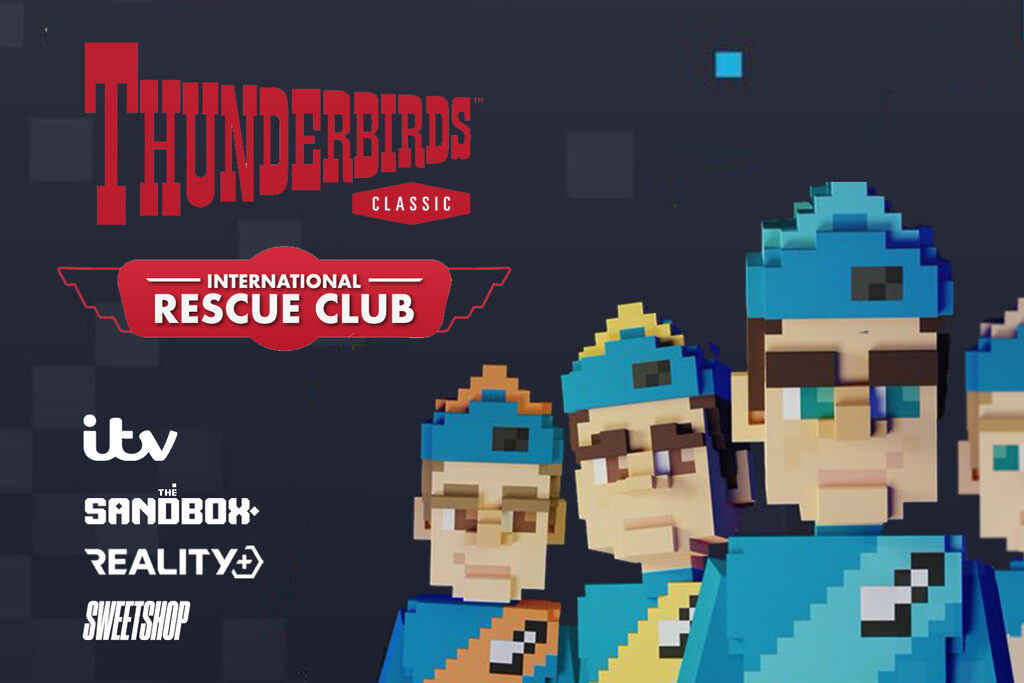 A landmark partnership between ITV Studios and Reality+ means fans will soon be able to buy and trade officially licensed NFT artwork based on the classic TV show Thunderbirds.

ITV Studios has partnered with Reality+ to create the “Thunderbirds: International Rescue Club”, a premium, utility-focused Non-Fungible Token (NFT) community experience that represents an exciting re-imagining of the classic property’s unique style and vision for the 21st century.

Owners of Thunderbirds: International Rescue Club artworks will be granted access to their own unique avatar for use in The Sandbox metaverse alongside unique competitions, giveaways, free drops and official merchandise and a generative art drop on 30th Sept.

Sebastien Borget, co-founder and COO of The Sandbox, said, “We’re pleased to partner up with ITV Studios and Reality+ to launch the legendary Thunderbirds franchise into the metaverse. The Sandbox continues to bring culture & entertainment with Thunderbirds, allowing fans to own, play and become creative as they imagine and bring to life new adventures and stories with their characters of the original series”

The project will also give holders (DAO) the opportunity to take part in real world “Rescue Missions”, in which funds generated via the Thunderbirds: International Rescue Club’s NFT sales will be used to aid charities and good causes around the world.

You can see how we made a difference to the project here:

Fans will be able to collect NFT artworks of vehicles, locations and character artwork based on the original and much-loved TV show, which was first broadcast in 1965 and followed the exploits of the Tracy family and their International Rescue service. The show was created by Gerry and Sylvia Anderson, and is famous for its innovative use of marionette puppetry, or ‘Supermarionation’.

All Thunderbirds NFTs are focused on future utility, with the upcoming generative art pieces granting users access to the ‘International Rescue Club’ and the ability to create a 3D Thunderbirds avatar based on their NFT attributes, which they can then use to explore the Sandbox Metaverse, a huge virtual world accessible via PC and mobile.

Find out more at: https://bit.ly/ThunderbirdsIRC