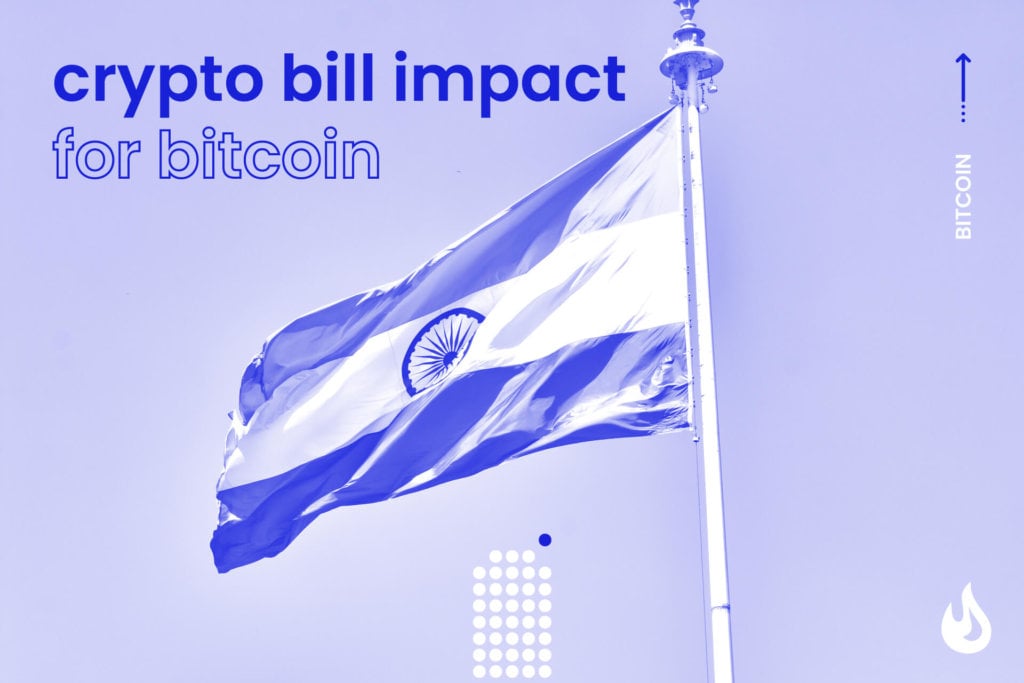 Regulation of the crypto industry in India has been a long-standing problem. In 2107, the Reserve Bank of India (RBI) placed a blanket ban on the use of Cryptos within the country. The ban was eventually lifted in 2020 giving investors the hope of better things to come.

Less than a year after Cryptos was declared a legal asset in India by the Supreme Court, another new bill has been listed for introduction in Parliament that seeks to ban all private cryptocurrencies in India.

Details of the New Bill

In 2019, there was a draft bill “Banning of Cryptocurrency and regulation of official digital currency” passed to the Parliament. Although the bill was never passed, there is another, looking to reach the same goal.

The current bill is split into two sections. The first states that there would be a regulatory framework put in place to help the reserve Bank of India (RBI) launch its Central Bank Digital Currency – making India the latest in the growing list of countries pursuing a CBDC.

What Does the New Bill Mean?

In 2019, Arun Jaitley, then finance minister, had stated the government’s resolve to discontinue the use of bitcoin and other virtual currencies. This new bill looks more like a continuation of the previous statements made by government officials.

India is currently home to over 7 million people who own over $1 billion worth of digital assets in India. CEO of Zebpay, Rahul Pagidiapti has explained that Cryptocurrencies should not be banned simply because the RBI is planning on launching a CBDC.

In a statement he explained;

Until the parliament clarifies what it means by “private Cryptocurrencies,” the public remains uncertain as to how the industry will be affected.

If the bill does prohibit the use of public Cryptocurrencies like Bitcoin and Ethereum in favor of the CBDC, then it would be a direct move against decentralization. These cryptos are representative of a decentralized economy, one that is being harnessed in different parts of the world.