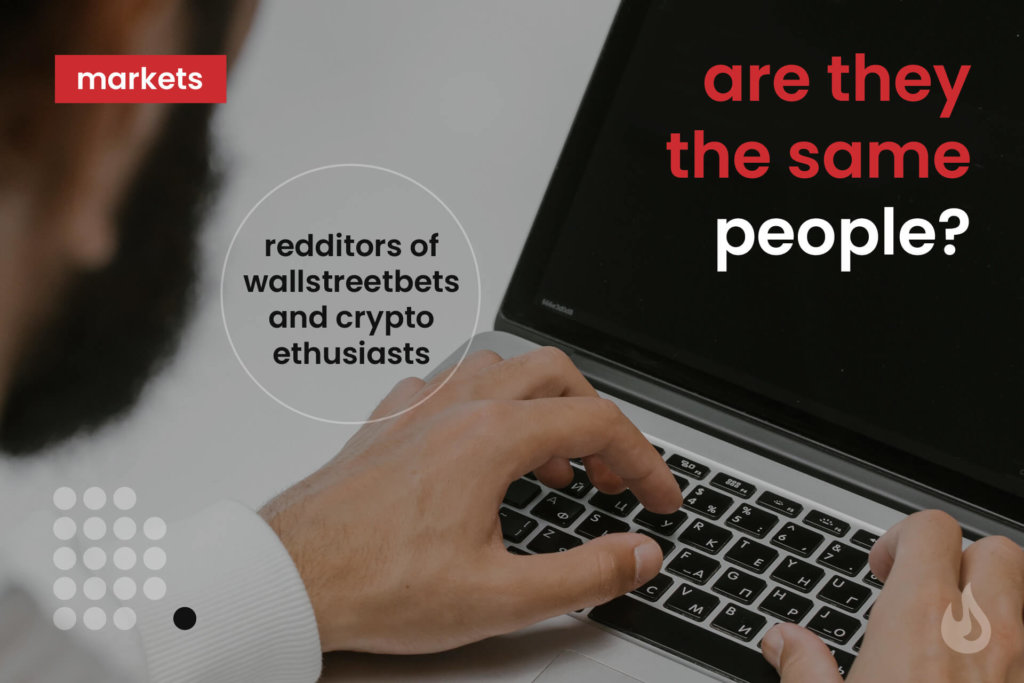 Over the last few weeks, the internet has been ablaze over GameStop, a brick and mortar video game retailer whose stock is suddenly the delight of day traders who have time and again defied the big players on Wall Street.

The most influential figures in the global financial system are located on Wall Street. It is also the historic headquarters of some of the largest U.S. brokerages and investment banks.

Financial analyses and market advice that proceeds from Wall Street is often treated as a statement of facts. However, for what seems like the first time, an army of Redditors have stood up and shut Wall Street up.

As the world becomes increasingly digitized, the shares of GameStop, a bricks-and-mortar video game retailer has seen its shares struggle for more than six years. Many hedge fund managers had predicted a terminal decline of the retailer, and the industry.

However, an army of ‘small’ investors, which started on Reddit, decided to bet against the doubters on Wall Street, sending the once nigh-lifeless shares of GameStop into a parabolic rise.

As its shares experienced a parabolic rise, GameStop has been all over the news in the last couple of weeks. Not entirely for its 1,800 percent shares rise in 2021, but for the fact that a group of ‘untrained’ investors can quiet the famous Wall Street.

Where it All Began

The shares of GameStop started to rise at the end of last year, after the founder of the pet-supply site Chewy bought a stake in the company and got a spot on its board. Slowly, the company gained the attention of WSB and traders who frequent the gamer-friendly social media service Discord.

One of the major proponents that spurred the Reddit Army against Wall Street, Keith Gill, a bandanna-wearing WallStreetBets user with the moniker DeepFuckingValue. Keith Gill is a 34 years old investor with only a few months of trading experience who helped direct the world’s attention to GameStop.

Gill, who leads a horde of online followers in the GameStop rally that drew the attention of Congress, the Federal Reserve, hedge funds, trading platforms, and hundreds of thousands of investors says he’s just a normal guy.

While the eye of the world is currently pinned on GameStop owing to its incredible rally, the story begins with retail investors. According to Gill, the focus should be on the retail investors, and their ability to make a statement.

The industry, especially those still operating within a physical store, has been billed by many hedge funds and market analysts to continue a decline. The advocacy which started with Keith Gill GameStop soon sparked a wildfire that has raised an army of investors on Reddit.

Many online investors explained that his advocacy helped turn them into a powerful force, one capable of causing big losses for established hedge funds. For now, even though it lasts for only a moment, they have succeeded in turning the investing world upside down.

HODLING is the Way

Unlike the traditional financial system, where shorting is the order of the day, this army of Redditors who have silenced Wall Street, has taken a different approach. They are looking to combine the power of the masses with holding on to their stakes in their battle against Wall Street.

On Wednesday, the bandana-wearing leader, Keith Gill, posted a screenshot of his brokerage account showing a roughly $20 million daily gain on GameStop shares and options. This has sparked more commitment in the fight against institutionalized hedge funds.

As the shares dropped on Thursday, Gill posted another screenshot showing a loss of about $15 million, more proof of the determination of the Reddit Army. Through the ups and downs that have come with the parabolic rise of GameStop, this group has held on, consistently pushing back the forecasts and price analysis of market experts on Wall Street.

Gill stated that he began investing in GameStop around June 2019 when the price of its shares was hovering around $5 even though he never played video games besides Super Mario or Donkey Kong.

The shares are currently valued at $325. He explained that he never expected that a legion of fans would be debating his identity online and even more importantly share his vision of retailers.

His rather obscene username on Reddit’s WallStreetBets (DeepFuckingValue) forum is a reflection of the belief in the value of investing—buying shares of companies that are inexpensive relative to the underlying business.

Many Wall Street investors voiced their disagreements with Gill’s bullish view on GameStop and took major hits as a result. Hedge funds and other investment professionals piled into wagers that the shares would tumble.

Hedge funds are known to bed against a stock. They do this by borrowing a share and selling them with the hope of buying them back later at a lower price, and then return the borrowed shares to their owners. The difference between the prices is pocketed by hedge funds.

However, when there is a dramatic rally, as in the case of GameStop, it can turn painful for investors. The rally forces them off of their positions, by purchasing the shares at a loss.

Many hedge fund managers held bearish positions in the GameStop shares. However, the ‘small’ GameStop investors, led by Gill anticipated the potential short squeeze. The investment strategy used by the Reddit army didn’t entirely depend on a short squeeze, but on the idea that others were potentially betting on it.

So far, the investment strategy used by Gill and the Redditors has won over that of the professionals and other individual investors who bet big on GameStop. Hedge funds like Melvin Capital Management and Maplelane Capital were the ones burned, as well as jeered by boastful Reddit investors.

The recent move from the Redditors is incredibly similar to another sect. Anthony Scaramucci, the co-founder of the New York-based hedge fund manager, Skybridge Capital has explained that the recent victory recorded by GameStop, a crypto retail trader, is a positive for Bitcoin.

Decentralization is the New Normal

The hallmark of cryptocurrencies has been the decentralization it brings to users. While the traditional financial markets are almost centralized. Like hedge funds and banks, the funds are managed by responsible people running this exchange.

Cryptocurrencies give investors the power to control their own finance contrary to what is offered by the traditional financial system. Scaramucci explained that we are currently in the age of micro investors – the main idea of decentralization.

As the crypto industry grows, millions of ordinary investors have plunged into different decentralized markets. Many of these investors don’t do any formal training, adding fuel to a rally and gatecrashing the Reddit community started.

For almost two decades it has been dominated by big asset managers, pension funds, and hedge funds. These new ‘inexperienced’ investors who retail or day trade are usually referred to as “dumb money” by professional investors.

However, this new generation is different from the previous generations where ‘smart money’ professional investors controlled the markets.

The WallStreetBets did not begin the move against Wall Street with disdain for elite institutional traders like is displayed by some media today. This new generation coordinates social media sites and uses sophisticated trading strategies (on Reddit in the GameStop case) that have maimed established funds.

Some professional hedge funds and derivatives traders have taken to Reddit to examine the message boards and strategies used by the Reddit Army against Wall Street. They are trying to understand the strategies used and the possibility of applying them in other types of trading.

In commenting on the GameStop tactics, James Kardatzke, co-founder of Quiver Quantitative, an alternative data provider that scrapes online forums for data explained that;

The WallStreetBets on Reddit took on the smart money institutional investors head-on and emerged victoriously. It shows the fact that the institutions are losing control of the market.

The GameStop saga is a generational clash and a referendum on who controls the markets. The stellar price rally of GameStop has seen the value of its share rise from just $18.84 at the beginning of the year to as high as $492 at the expense of Wall Street.