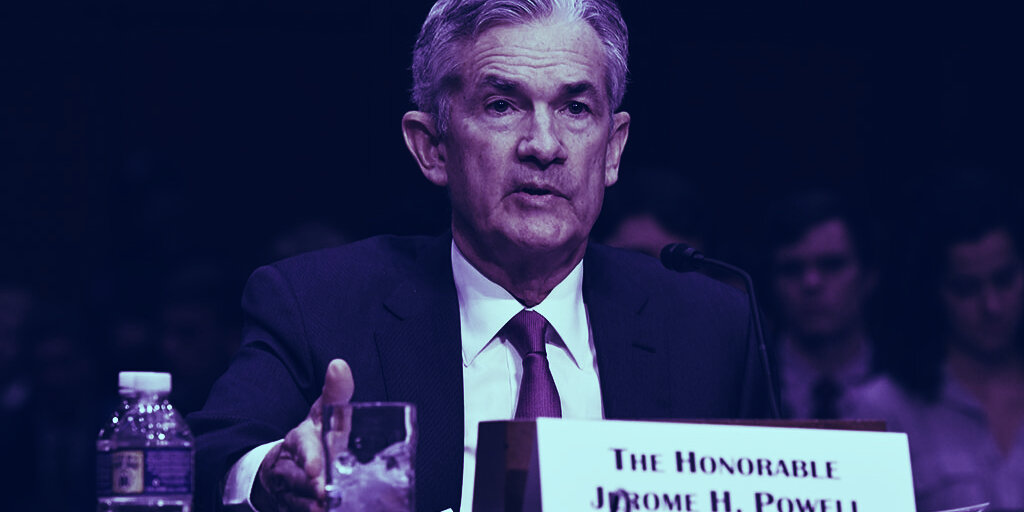 Federal Reserve Chair Jerome Powell today told Congress he has “no intention to ban” cryptocurrencies as China has done.

Powell’s response came after questioning from Rep. Ted Budd (R-NC) during a hearing of the House Committee on Financial Services on the response of the Treasury Department and Federal Reserve to the COVID pandemic.

“Is it your intention to ban or limit the use of cryptocurrencies, like we’re seeing in China?” Budd asked the central bank’s top regulator, prefacing it by quoting Powell’s July comments that the creation of a digital dollar might make stablecoins irrelevant.

“No,” responded Powell, clarifying that he had been referring to stablecoins in his earlier testimony, not to all cryptocurrencies.

“No intention to ban them,” he said today, in reference to cryptocurrencies. “But stablecoins are like money market funds, they’re like bank deposits, but they’re to some extent outside of the regulatory perimeter.  And it’s appropriate that they be regulated. Same activity, same regulation.”

Stablecoins, such as Tether and USDC, are digital assets designed to hold a 1:1 value with a fiat currency. Powell has voiced concerns about Tether’s operations in the past, noting that USDT isn’t backed fully by U.S. dollars in a bank but by a mix of real dollars and other assets, including debt in the form of commercial paper.

“Most of the time they’re very liquid, it’s all good,” said Powell in a July hearing. But during a crisis, “The market just disappears. And that’s when people will want their money.”

Regulations, he feels, will make sure consumers can get their money out in the case of a crisis. And his views are not entirely dissimilar to pro-Bitcoin Senator Cynthia Lummis (R-WY), who yesterday said on the Senate floor, “It may be the case that stablecoins should only be issued by depository institutions or through money-market funds or similar vehicles.” She added: “Stablecoins must be 100% backed by cash and cash equivalents, and this should be audited regularly.”

Why China’s Latest ‘Bitcoin Ban’ Is Bullish for DeFi

Powell has been working with Treasury Secretary Janet Yellen on a draft of stablecoin regulations, which is expected in the next couple of weeks. It’s not expected to touch on other cryptocurrencies, including Bitcoin and Ethereum, which are more volatile assets.

The People’s Bank of China has had no such compunction, recently ramping up its efforts to curtail cryptocurrency use even as it experiments with its own central bank digital currency—a digital yuan. That has led to exchanges such as Huobi shutting off access to the 1 billion customers on mainland China—as well as powerful Chinese mining pools shuttering their operations.

When asked what power Powell and the U.S. central bank had to ban crypto, Grey said, “On his own, not necessarily very much, but of course if the Fed made its position that these should be banned that would set a clear marker and direction for the broader regulatory and Congressional debate.”