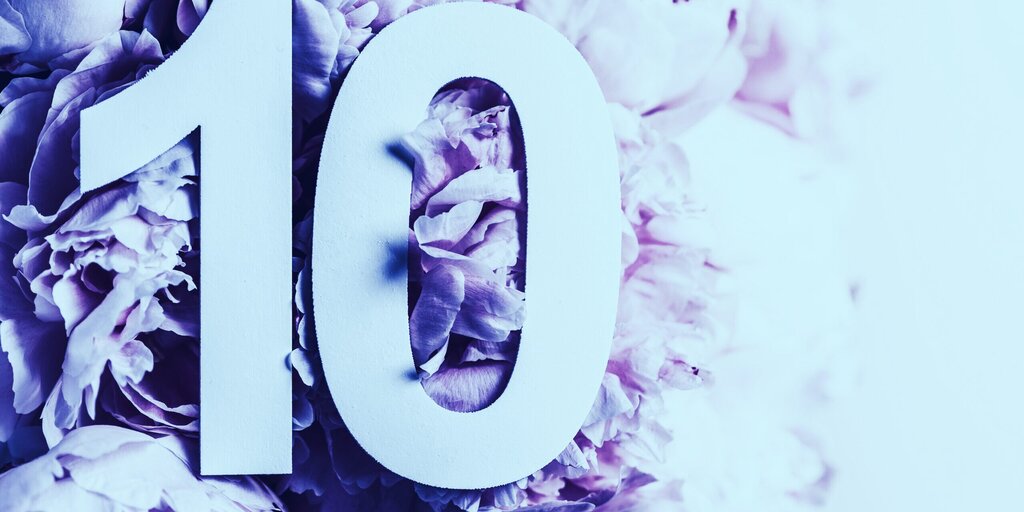 2020 represented a pivotal moment for cryptocurrencies, as governments pursued inflationary policies in a bid to address the economic shock of the coronavirus pandemic—thereby proving the case for crypto, to many. Nations from China to Brazil pursued plans for central bank digital currencies, lending weight to the legitimacy of the digital currency sector as a whole. And institutional investors flocked to Bitcoin, sparking a wave of price action that saw the world’s biggest cryptocurrency surpass its previous all-time high.

Just as many crypto advocates foresaw back in 2019, the past 12 months have brought mainstream companies, and major corporations into the blockchain space. At the same time, emerging crypto startups and projects have consolidated their positions, launched innovative (and audacious) new products, broken trading records, or helped us make sense of what’s turned into a key year in crypto.

Here are the ones that have made the biggest impression.

For finally giving in and integrating crypto in 2020. (It only took them seven years!)

PayPal’s action to integrate support for cryptocurrencies was hailed as a watershed moment for the industry in October. The digital payments giant has a global active user base of 346 million people. (For comparison, Cash App—developed by Square, another company on our list—has a fraction of PayPal’s user base, with 30 million active monthly users.)

PayPal began offering its service to US users in November, and according to one survey, over a fifth have already traded cryptocurrencies on its app.

How PayPal Changed Its Mind About Bitcoin

Its move was hailed as “legitimizing” Bitcoin, by many, including MicroStrategy CEO Michael Saylor (the next luminary on our list.) In 2021, PayPal plans to roll out its crypto service to the rest of the world. However, PayPal’s embrace of cryptocurrency was not greeted with universal acclaim among the crypto fraternity; many Bitcoin advocates pointed out that as crypto bought on the platform can’t be transferred to other accounts, it runs counter to the Bitcoin ethos of “taking ownership of your money”.

For services to crypto that go above and beyond.

Enterprise software firm MicroStrategy became the leading institutional investor in Bitcoin after its CEO Michael Saylor revealed, in October, that he holds nearly $800 million worth of the digital asset across his company and personal accounts.

Saylor has since become one of cryptocurrency’s biggest cheerleaders, adding more Bitcoin to Microstrategy’s coffers earlier this month. He’s also tweeted a string of colorful Bitcoin endorsements, describing the cryptocurrency variously as “a swarm of cyber hornets serving the goddess of wisdom” and “an ark to avoid drowning in the currency flood”. Quite a turnaround from 2013, when he described Bitcoin’s days as being “numbered.”

In these challenging times, #Bitcoin represents hope to billions of people in need of an instrument of economic empowerment. Accordingly, we have redirected the hope domain to the #Bitcoin Education section of our website. Spread the word – #Bitcoin is https://t.co/kZl3k7Tm4h

At current rates, the Virginia-based firm has made a healthy profit on its Bitcoin purchases and encouraged other institutional investors to dip in their toes.

For taking institutional investors by the hand.

Grayscale, the world’s largest digital asset manager, reported a record-breaking year. It now has over $12 billion worth of investors’ crypto assets under management—predominately in Bitcoin.

12/17/20 UPDATE: Net Assets Under Management, Holdings per Share, and Market Price per Share for our Investment Products.

Grayscale allows accredited investors to gain exposure to Bitcoin, Ethereum, and a variety of other digital assets through several trusts and funds, and has seen its popularity rocket this year. In just one week over the summer, it collected over $200 million from investors. It currently has by far the largest Bitcoin portfolio of any institutional investment platform.

Lending platform BlockFi allows cryptocurrency holders to lend out their assets at rates as high as 8.6%, and offers trading services.

The Jersey City-based startup was founded in 2017, and generated $4.5 million in revenue in 2019, when it began offering its lending services—prior to the Decentralized Finance (DeFi) which popularized crypto lending.

BlockFi has raised over $100 million in equity from venture capital firms Galaxy Digital, Winklevoss Capital, and others. It’s on track to earn $120 million in revenue this year and is preparing for an IPO.

For continued championing of Bitcoin.

Bitcoin’s tireless champion, Twitter CEO Jack Dorsey, didn’t make it to Africa this year as he’d planned. Instead, he’s been busy ramping up Bitcoin development funding and investment at his payments company, Square.

Square invested $50 million into Bitcoin in October. “We view bitcoin as an instrument of global economic empowerment; it is a way for individuals around the world to participate in a global monetary system and secure their own financial future. This investment is an important step in furthering our mission,” said a company statement.

More important than Square investing $50mm in #Bitcoin is sharing how we did it (so others can do the same): https://t.co/35ABYHuz4f

In Q3 2020, Square reported that Bitcoin revenue from its Cash App had doubled from the same period last year, and the startup also launched a Bitcoin Clean Energy Investment Initiative, funded to the tune of $10 million.

For ushering in a DeFi boom

Decentralized cryptocurrency exchange (DEX) Uniswap launched in version two in May, enabling direct ERC20 to ERC20 token swaps for the first time, as well as adding previously incompatible tokens such as Tether, and a host of technical improvements. It was to usher in a DeFi boom that extended past the summer, when the DEX overtook established exchange Coinbase in daily trading volume in DeFi’s very own “flippening.”

As liquidity mining and yield farming platforms dramatically increased in popularity. Uniswap became the place to launch new tokens and earn money by adding liquidity to a token’s market. This, together with its low fees (0.3%), saw it reach over $3 billion total value locked (TVL)—a measure of the value of crypto assets locked up in the platform—in November.

Uniswap was able to withstand a so-called “vampire attack,” a drain on its liquidity, from rival and clone, SushiSwap. And, in September 2020, the DEX launched UNI, the network’s governance token, with an airdrop that rewarded long-term users of the platform. Soon after the UNI launch, the amount of Ethereum locked in Uniswap doubled—and Coinbase Pro raced to list the new token.

For endless creativity in the DeFi space.

South African developer Andre Cronje is the brains behind the yearn.finance platform, which sends its users’ deposits to the most lucrative DeFi lending markets, and has become one of the most recognizable projects in the ecosystem, teasing $1 billion in TVL.

In July, Cronje created YFI, a so-called governance token, which was meant to be valueless but shot up in value (a single YFI token was, at one point, quadruple the price of Bitcoin). It popularized the “fair launch,” where a creator reserves no value in a token, and spawned a veritable smorgasbord of food-themed clones.

Fame has sat heavy on Cronje, who’s threatened to quit several times. But Yearn has gone on to release a range of new products, such as decentralized insurance, yInsure. It’s also announced a streak of high-profile collaborations, most recently with Sushiswap, another decentralized finance project. The results are sure to push the boundaries of composability, one of DeFi’s most powerful characteristics, with the promise of ever more innovative financial products and services.

My first ever #cryptoart #NFT piece up now on @rariblecom Mecha Tunnel Infinite AV Loop. Only the people who purchase it get to hear the music and the originals will be deleted frommy computer as #selfdestructingart #ETH #etherum #blockchain https://t.co/PrNiq5guUk pic.twitter.com/ZJrRldkm9Z

Since the launch of NFT marketplace Rarible in November 2019, around 40,000 artworks have been created on the community-owned platform—resulting in a total transacted value of almost $10 million.

Rarible enables anyone to create a non-fungible token (NFT) representing a tradable digital collectible, with proof of provenance and allows the sale of the work on its marketplace at near-zero costs.

While other crypto art marketplaces such as SuperRare, Nifty Gateway, MakersPlace, and OpenSea are also doing brisk business, Rarible currently leads the pack, with weekly volumes that exceed $1 million.

In July it also became the first NFT project to launch a governance token, $RARI, which is used on the platform. Recently, yInsure, tradable as an NFT on the Rarible platform, has proved popular with users, who can earn RARI as a byproduct of their trade. Such features are branding Rarible as an early trailblazer for a new synergy between NFTs and DeFi.

For deciphering the data.

This year, crypto and blockchain analysis startups such as Chainalysis, Elliptic and Glassnode, which was founded in 2017 by data scientist and software developer Rafael Schultze-Kraft, have offered the industry (and government agencies) ever more accurate and actionable data.

In November, a total of $126 billion USD were settled on the #Bitcoin blockchain.

This amounts to a total volume of 7.7 million $BTC changing hands last month.

Earlier this month, Decrypt asked Schultze-Kraft about the prospects for crypto’s immediate future. “We are only at the beginning of this bull market,” he said.

Headquartered in Switzerland, Aave is a lending protocol that’s enjoyed phenomenal success this year—underlining the importance of the new and thriving DeFi sector. Like other lending protocols, Maker and Compound, Aave lets users borrow cryptocurrencies instantaneously—and often in large amounts, if they can prove you can pay back the loan in a single transaction.

In 2020, Aave popularized “flash loans” in DeFi, which give users access to tens of millions in capital for a tiny fee—but only for a few seconds. And, in October, the startup announced a $25 million investment from Blockchain Capital, Standard Crypto and others, to fund further innovation and expansion.

These developments have been reflected in the price of the protocol’s token AAVE, which has increased by over 4,000% this year.