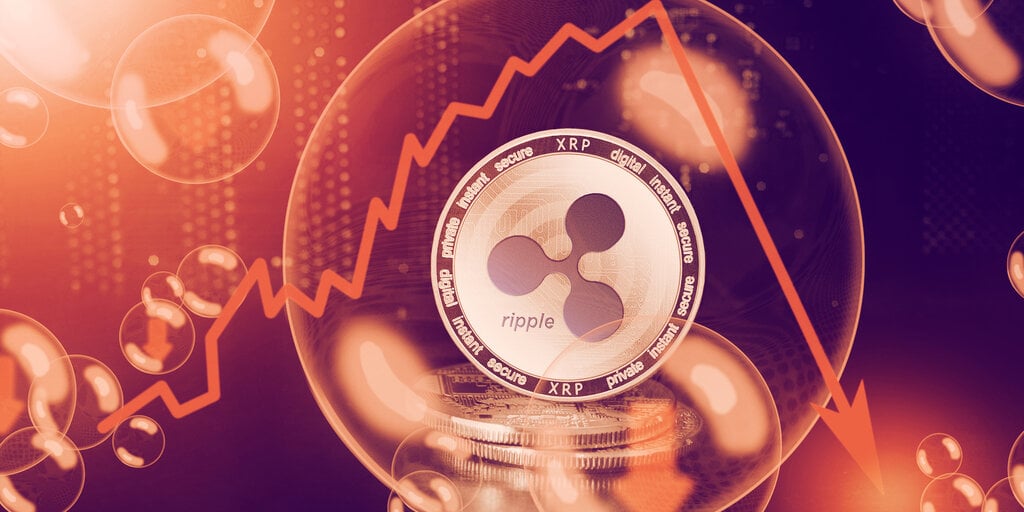 The US Securities and Exchange Commission today filed a lawsuit against Ripple Labs, the company that created XRP, as well as co-founder Christian Larsen and incumbent CEO Brad Garlinghouse.

The lawsuit, filed today in a Manhattan court, alleges that Ripple has raised $1.3 billion in unregistered securities offerings since 2013.

A security is an investment contract; if the creators of a cryptocurrency advertise it as an investment to US buyers, then the SEC considers the coin to be a security under US law.

“The defendants failed to register their offers and sales of XRP or satisfy any exemption from registration, in violation of the registration provisions of the federal securities laws,” the SEC said in a press release.

The SEC further alleges that Ripple’s periodic sale of the 48.2 billion XRP it holds in an escrow account constitutes the sale of an unregistered security. Ripple says that it sells this XRP to “increase XRP liquidity and strengthen the overall health of XRP markets.”

XRP is the third-largest cryptocurrency by market capitalization; its market cap is $20.7 billion.

The SEC has sued several crypto companies for hosting unregistered securities sales, among them Block.One, which raised $4 billion to create the EOS blockchain, and chat app Telegram, which this past summer had to return to investors $1.7 billion it raised in an ICO for its since-abandoned blockchain project, the Telegram Open Network. These companies, like many others, settled with the SEC.

Brad Garlinghouse pre-empted the suit yesterday by discussing it in Fortune and The Wall Street Journal. The charges comprise “an attack on the entire crypto industry and American innovation,” he told Fortune.