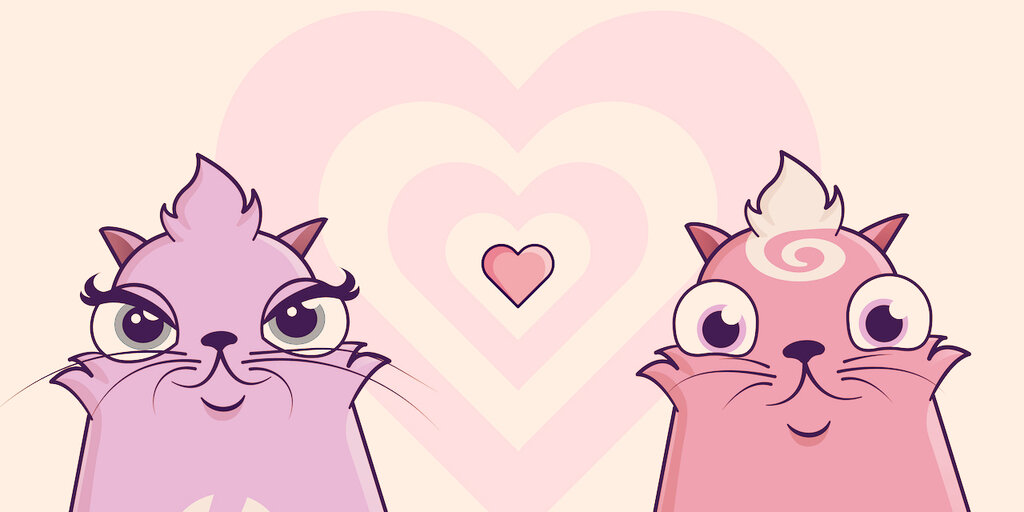 I’m not certain what I was expecting when I suggested to my five-year-old daughter, a felinophile who suffers from an allergic mother and an indifferent father, that we play CryptoKitties, the Ethereum blockchain game that allows you to buy, sell, breed, and own cat-themed digital collectibles.

Maybe a father-daughter bonding experience? Perhaps that she’d take an interest in my line of work? Or maybe just that we’d get a real cool cat, something with wings that breathed fire or looked like a coked-up Garfield.

What I wasn’t expecting was for it to be so hard, expensive, and, so soon after it was over, unfulfilling—like losing your virginity on prom night. (I presume.)

My daughter takes computer class at school and, since Covid struck, has learned to navigate an iPad. But she still relies on us to navigate television remotes and search for things on Google—you know, things that require being able to read beyond a kindergarten level.

So, I skipped the stuff about the immutability of a blockchain and that it’s censorship-resistant and instead honed in on the one thing I thought she’d care about: cats.

To be fair to my daughter, she immediately got the gist of non-fungible tokens. The first thing she asked when I told her we’d be purchasing a CryptoKitty was, “Are any of the cats rare?”

Maybe Bitcoin and Ethereum wouldn’t be such a leap.

It Costs How Much?

Before we could breed kitties, however, I first had to figure out how to get CryptoKitties and my MetaMask wallet to talk to each other. Moreover, I had to top up funds as I had never purchased anything with crypto before. (Wasn’t the whole point to hold on to it until it’s useful for something beyond digital felines?)

I nearly choked on my beer when I saw a gas fee of $4.35, almost twice the cost of the lowest-price kitties. Luckily, CryptoKitties makes it easy—I could buy and transfer ETH from Wyre to pay what was now a $5.71 gas fee—and it would only cost me another $5 in fees!

I sent my daughter away as I muttered to myself that a major selling point of cryptocurrency was to cut down on transaction costs from middlemen and wished for a Visa payment option. Ultimately, I moved funds from an exchange account, which cost less to do. (After a certain number of decimals and the ever-moving price of ETH, I have no idea what the final charge was.)

These problems out of the way and my appreciation for the upcoming utility of an uncongested Ethereum 2.0 network surging, we were ready to search for kitties.

“I want a tabby cat,” my daughter said matter-of-factly.

Hmmm…how to explain that the developers over at Dapper Labs weren’t going for realism? So we just scrolled until we found a purple- and grey-striped kitty that was suitable. Yaya Yankeenoice would be ours.

But you can’t do much with one CryptoKitty, so we needed another.

“Can you do another breed of cat?” my daughter inquired.

“Fancy cats?” I asked, ready to spend a small fortune on Baby Yoga Cat and expense it to my editor.

“No, not really.” She’s a very serious five-year-old when it’s time for me to write articles about the joy of crypto.

We bought another, Garfunkel EgoMuffin. By this point—a whole five minutes later—the gas fee was down to $2.63. (I struggled to explain why the price was oscillating; her entire frame of reference for purchases is Starbucks and the Target toy aisle.)

For whatever reason, the second kitty purchase took quite a bit longer. Blockchains—and syncing to them—can take a few minutes, after all, but when it’s done, it’s done (whereas other purchases only seem instantaneous, but take time to transfer). She didn’t like this.

When the second purchase was finalized, it was time to breed our pretend cats on a blockchain—really what Satoshi had in mind when he invented cryptocurrency, according to recently recovered emails. (Ok, that last part isn’t true.)

In a world where sexual identity is malleable, my daughter had no problem assigning a gender. “That one’s the father,” she said. “I just made that one the father.”

Like the purchasing process, the actual breeding process—which took much, much less time than the nine and a half months it took to have her—also proved interminable, especially when I mentioned that Yaya was “overdue,” meaning the kid wasn’t there yet (because the game hadn’t synced with the blockchain yet).

The resultant litter was…underwhelming. “I really didn’t want a kitty with hair,” she said. “The other ones are bald.”

When I told her that the two cats she bought did, in fact, have fur, she doubled down. “I don’t like the baby.”

She also expressed disappointment that there wasn’t more technical knowhow involved. “I wanted to use code,” she told me. (Dapper Labs, do you have an internship program?)

Finally, came the question that beguiles every parent that has just spent the better part of a year prepping things for a magical arrival: “What do we do with them?”

Whereas I had envisioned this to be the leadup to a snarky article, she had imagined that she had merely created an avatar and the actual game could now begin. “Like ABC Mouse,” she said. My bad on expectation-setting.

That option off the table, she decided she wanted to give it to grandma. Grandma sometimes needs help logging on to Facebook. I advised against it.

With no game to play, no grandma to give to, and no idea what else to do, I thought I saw her coming to some form of enlightenment, as I was. This process had taught me that life is just about waiting and anticipating and then being disappointed with the results. Life, as Buddha said in a shoddy translation, is suffering.

But that’s not what she was thinking. Instead, she resorted to what parents have done over the ages and pushed aside the confusion and the disappointment and the cost.

“I want to make more kitties,” she said.