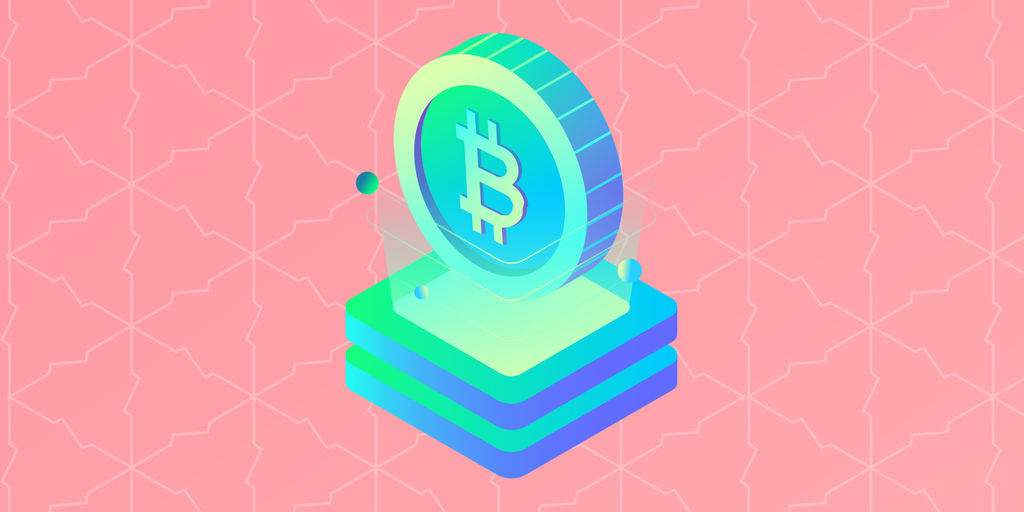 There’s a way to invest in Bitcoin right on the stock market: the Grayscale Bitcoin Trust (GBTC). It’s one of several such financial vehicles enabling investors to trade shares in trusts that hold large pools of Bitcoin, with each share priced at near-enough the price of Bitcoin.

As of December 2020, the Grayscale Bitcoin Trust represents $11.5 billion of privately-invested Bitcoin assets. Grayscale, a US crypto investment firm that’s one of the largest purchasers of Bitcoin in the world, launched the trust in September 2013. It trades under “GBTC.”

How does the Grayscale Bitcoin Trust Work?

Shares in the fund can trade at either a premium or a discount to the actual price of Bitcoin. Historically, they’ve almost always traded at a premium. This is good news to Grayscale and its investors, who earn money from that premium, but bad news for investors.

So, why would investors buy shares in GBTC instead of just buying Bitcoin outright? There are a couple of reasons:

First, investing in a Bitcoin Trust allows people to gain exposure to Bitcoin without having to worry about how to store it, complying with the law or filing separate taxes.

If you’re buying Bitcoin, you have to manage a laundry list of concerns: How do you store it? Do you need to pay someone to hold custody over your Bitcoin? What happens if you lose the key or your Bitcoin wallet is hacked? As a publicly-traded trust, which reports to the US Securities and Exchange Commission (SEC), the Grayscale Bitcoin Trust makes this easy to forget about.

Coronavirus Has Been Good for Bitcoin: Grayscale Investor Study

Second, publicly-traded Bitcoin trusts come with various tax advantages. Certain IRA, Roth IRA and other brokerages and investor accounts that won’t give tax breaks on investments of Bitcoin, will give them for investments of publicly traded trusts. Grayscale’s Trust provides those investors with exposure to Bitcoin in a tax-friendly way.

Third, crypto trading is very insular. You can’t trade Bitcoin against stocks in Tesla and Apple (without using crypto stock-derivatives platforms). That cuts off the crypto economy from the traditional one. However, as soon as you list Bitcoin on the stock exchange—albeit in a very expensive, limited way—traditional investors can invest in the crypto economy.

It’s important for #investors to protect their portfolios. #Bitcoin has historically been uncorrelated to other markets over the long-term, so it has the potential to hold its ground through economic cycles. Read this to learn more.

Grayscale also offers several other exchange-traded products—although its Bitcoin product is by far the largest. Its Ethereum Trust is the next largest, with $1.8 billion worth of Ethereum under management. Others include Bitcoin Cash, Ethereum Classic, Litecoin, Stellar Lumens, XRP, Horizen and ZCash, as well as a digital large cap fund that contains BTC, ETH, XRP, BCH and LTC.

The future success of Grayscale’s trust is far from secure. The shares of its competitors could represent Bitcoin’s price more than Grayscale’s, or they could charge lower fees.

In addition, Grayscale’s model benefits from the absence of a Bitcoin ETF, or exchange-traded fund. To invest in a Grayscale Bitcoin Trust, you’re buying up shares in a trust; with an ETF, you’re investing in a fund that directly tracks the price of Bitcoin.

Still No Bitcoin ETF in the US: What’s Happening?

Bitcoin ETFs aren’t legal in the USA right now. The SEC has denied multiple applications for a Bitcoin ETF on the grounds that Bitcoin’s price can be manipulated. While US investors wait for a Bitcoin ETF—one that the SEC may never approve—Bitcoin trusts are the next best thing.

Grayscale has rapidly increased its Bitcoin holdings over the course of 2020, growing its holdings by 15,000 BTC in a single week in November, and 56,000 BTC in just one week in December. In its Q3 Digital Asset Investment Report, the company revealed that GBTC’s average weekly investment amounted to $55.3 million over the quarter, and it experienced inflows of $719.3 million.

12/16/20 UPDATE: Net Assets Under Management, Holdings per Share, and Market Price per Share for our Investment Products.

Grayscale also generated its own headlines in 2020 with a massive ad campaign that encouraged investment in GBTC.

Speaking in June 2020, Grayscale’s director of investor relations, Ray Sharif-Askary, explained some of the rationale behind the company’s Bitcoin investments, noting that 2020’s macro instability was driving institutions towards alternative hedges such as Bitcoin.

How Grayscale Is Sucking Up All the Bitcoin

She noted that the “policy implications of COVID-19,” were behind clients’ interest in Bitcoin and other cryptocurrencies. Institutional investors, she said, are interested in securing scarce assets that “could be used as an inflation hedge in a world where we’re faced with unprecedented monetary stimulus.”

Sharif-Askary’s view was backed up by a September 2020 Grayscale report, titled “Valuing Bitcoin”, which presented a bullish outlook for the cryptocurrency. In the report, Grayscale argued that, “While the US dollar remains structurally strong relative to other currencies, the ongoing [Quantitative Easing] measures have attracted the attention of investors who may be wary of monetary inflation.”

Professional investors should feel confident navigating a conversation around #Bitcoin. But how do you make sense of $BTC‘s valuation? Our latest report explores interesting metrics around the supply and demand dynamics of Bitcoin. Download it here: https://t.co/xZHtx86y0R pic.twitter.com/ugbxILZYum

The report added that Bitcoin’s “unique qualities,” including its verifiable scarcity and the fact that it can’t be controlled by a central authority, meant that “it can be leveraged as a store of value and as a way to escape this great monetary inflation”.

However, Grayscale Bitcoin Trust has weathered significant price drops in the past; following late 2017’s Bitcoin bull run, and the subsequent bear market, GBTC plunged from $38 to $9 in a month, dropping to an all-time low in subsequent months.