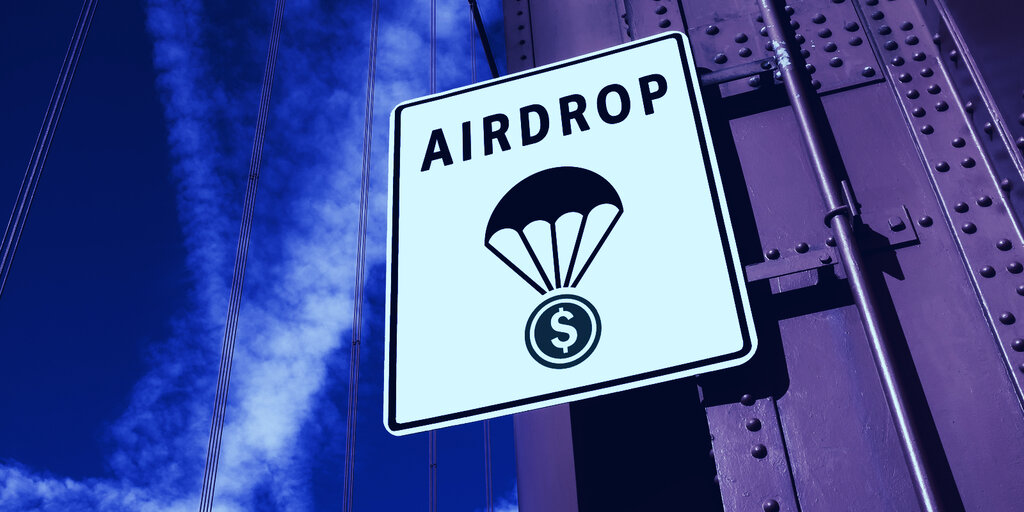 At midnight tonight (UTC), Flare Network will take the snapshot for its upcoming airdrop of Spark tokens to holders of the XRP cryptocurrency. This means anyone holding XRP tokens will be eligible for the airdrop.

Over the last month, there has been a big surge in XRP’s price—rising from $0.30 to a peak of $0.73 in just a few days. The surge was likely led by investors buying the token, hoping to be included in tomorrow’s airdrop. But after the snapshot happens, and the investors know that they will be included—what will happen to XRP’s price?

“In our view, it’s quite likely that XRP’s recent price surge was at least partly fuelled by the airdrop on the 12th December. This has probably been factored in at this stage, and it’s entirely possible that some holders may be tempted to offload after this date to lock in profits. If so, this may lead to a decline in dollar value, at least in the short term,” Quantum Economics analyst Jason Deane told Decrypt.

Flare Network is a project that aims to create a smart contract bridge between Ripple’s XRP and other networks. It chose to airdrop its new token to XRP holders in order to maintain its value.

“A fork traditionally has sought to take the user base of an existing network and depart entirely from that network, usually to have an antagonistic relationship with the original chain. In contrast, a utility fork is intended to bring value back to the original chain instead of moving away from it,” Flare Network previously stated.

At the time of the snapshot, at 12 AM UTC on December 12, the company will take a note of all XRP balances. It plans to send Spark tokens equivalent to every account’s XRP balance shortly after.

Leading up to tomorrow’s $SPARK airdrop, #Ripple‘s addresses have grown rapidly. Particularly, addresses with 10M or more tokens (currently $5.67M or more) have risen to an ATH # of 339. This looks promising for the tier that has the most $XRP at stake. https://t.co/x7TV1Pt23n pic.twitter.com/iw9Oc6U87o

According to crypto metrics platform Santiment, the number of XRP whales—users holding 10 million ($5.67 million) tokens or more—surged sharply ahead of the Spark airdrop, reaching a new all-time high of 339 addresses.

Last week, XRP saw an increase of 1,000% in its trading volume on social exchange eToro ahead of the airdrop. In recent days, the hype has been fueled even further after major exchanges, including Coinbase, Kraken, Binance, Bitfinex, Bithumb, Bittrex, eToro, Huobi, OKEx, and Poloniex, announced their support for the Spark airdrop.

With this growth in mind, it’s unsurprising that some analysts are more optimistic about how the price will be affected.

“I am sure that the Spark airdrop is going to trigger a wave of XRP price growth. It is an opportunity to earn Spark tokens in a more than 1:1 proportion since the XRP addresses of present and some former Ripple Labs employees will be removed from the list of Spark recipients,” Konstantin Anissimov, executive director of crypto exchange CEX.IO, told Decrypt.

He said that all unclaimed tokens will be burned when the airdrop ends in 2021—six months after it started. This would potentially increase the SPARK/XRP airdrop proportion even further.

“This is most likely going to increase the demand for XRP on all the exchanges that have already announced their support for the airdrop. And considering that the participating exchanges include the ones with the highest liquidity, we expect a broad XRP bullish wave across the market,” Anissimov added.

But if the speculators were only there for the free tokens, they might not stick around for long.