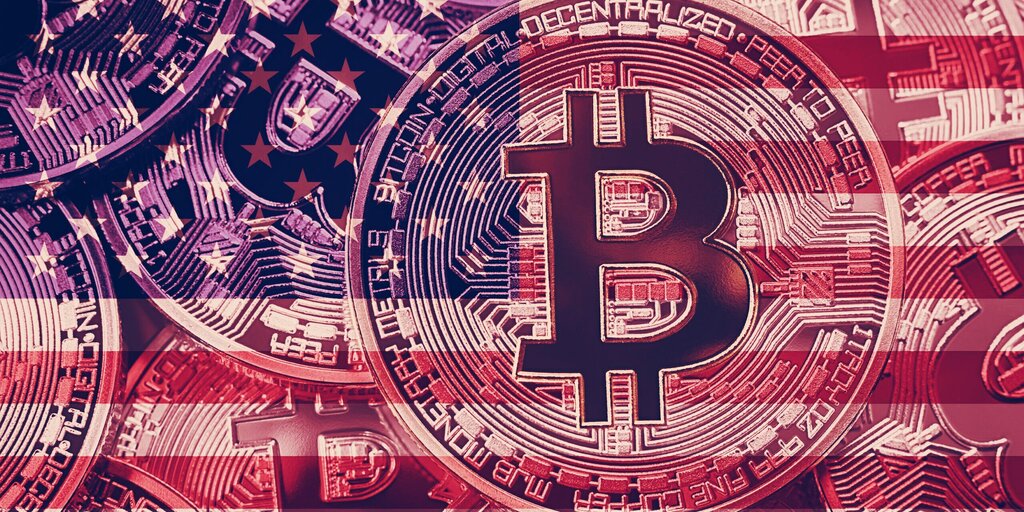 Familiarity with Bitcoin is at an all-time high, but trust remains a problem, and much uncertainty still surrounds the legal status of the world’s most popular cryptocurrency. In many jurisdictions, legislation on Bitcoin is patchy and fluid, even a decade after BTC’s invention.

The United States of America is no exception—not least because it’s made up of a patchwork of states, each with its own laws. For instance, in some places, Bitcoin trading is legal, while in others the practice is questionable. But the relative flexibility of US regulators to date has still attracted the bulk of the industry’s innovation.

Here, we take a look at the legality of Bitcoin in the US, and the various activities associated with it, and update on recent developments.

The two bodies most concerned with Bitcoin at a federal level are the US Securities and Exchange Commission (SEC), an independent agency of the federal government which enforces federal securities laws and regulates securities markets, and the Commodity Futures Trading Commission (CFTC), which regulates the US derivatives markets—including futures, swaps, and some options.

Crucially, the SEC has stated that Bitcoin is not a security. Meanwhile, the CFTC declared, in 2015, that it is a commodity, like gold, and thus subject to its regulations.

Largely because of the fragmented legal system in the US, the situation regarding Bitcoin is patchy; there are myriad laws, and they vary from state to state.

Hawaii, for instance, banned all crypto operations in 2014 but relented in 2018, and now requires anyone involved in operations related to Bitcoin and cryptocurrencies to apply for a money transmitter license.

New York, Delaware, Florida, and Kansas have also adopted regulations, but the majority of states haven’t legislated on cryptocurrency.

Welcome to Wyoming: the Blockchain State

Wyoming stands out. “The Blockchain State” has passed over a dozen laws facilitating easier commerce for cryptocurrency businesses and broader acceptance of crypto—including granting digital currencies the same legal status as money and authorizing banks to hold digital assets in custody.

Although it’s not due any time soon, California’s “Digital Asset Regulatory Bill” is designed to provide the state with similar regulatory clarity, and (it hopes) position it as a potential hot spot for crypto businesses. It was overwhelmingly passed by the State’s Senate Committee in August and is now subject to a report.

Is buying and selling Bitcoin legal in the United States?

In many states, it’s perfectly legal to buy Bitcoin. In 2013, the US Treasury Department’s Financial Crimes Enforcement Network (FINCEN) guidelines stated that it’s legal to invest in Bitcoin and to use it as a form of payment, as long as the seller of the goods or services is willing to accept it.

In fact, many US states don’t have explicit laws forbidding the purchase or sale of Bitcoin. A good example is California, where Bitcoin’s status is not yet defined, and it is therefore not regulated. The flexibility this offers has attracted crypto exchanges and other businesses to the state.

Texas was the first state to publish a memorandum declaring that no money transmitter license was needed to sell Bitcoin or other digital currencies. (The state also nearly passed a bill that would have banned the usage of cryptocurrencies between unidentified parties.)

In September 2020, however, 48 states agreed to follow a single set of licensing rules. This means that companies already operating as money transmitters in one state automatically become eligible for a license in another, participating, state.

State regulators announce a new examination process that makes it significantly easier for firms to operate in multiple states. @peteschroeder from @Reuters reports.https://t.co/5hXDe1Czsi

Is operating a Bitcoin ATM legal in the United States?

Again, states have differing laws for Bitcoin ATMs. New York, for instance, requires licensing for virtual currency financial intermediaries through its BitLicense. Others have ruled that the act of transmitting money doesn’t affect cryptocurrencies, and some have a more nuanced strategy. In Texas, for example, a license is only required if an ATM is connected to a cryptocurrency exchange, where the Bitcoin is purchased.

Is promoting Bitcoin legal in the United States?

Promoting cryptocurrency markets can be illegal if the activity is construed as a pump-and-dump scheme, which the CFTC defines as “coordinated efforts to create phony demand (the pump) and then sell quickly (the dump) to profit by taking advantage of traders who are unaware of the scheme.”

Jake Chervinsky, a lawyer and general counsel to decentralized finance startup Compound, recently warned that such activity is equally risky with cryptocurrencies as with stocks and shares.

I don’t know who needs to hear this but pump-and-dumps are illegal in crypto just like in every other market & if you admit to doing them intentionally on a recorded live stream then you can expect to see the video played back for you as Exhibit A by @CFTC & @TheJusticeDept.

The same applies to insider trading, and the SEC or CFTC could pursue crypto traders for either tipping off someone or acting on a tip, according to Jason Gottlieb, Attorney, and Partner at the New York-based Morrison Cohen law firm.

Is mining Bitcoin legal in the United States?

In a word, yes. It’s perfectly legal to mine Bitcoin in the US. If you’re interested in getting started, here’s our handy guide to Bitcoin mining.

Is gambling with Bitcoin legal in the US?

Again, in most states, the current legal framework provides few clear guidelines about using Bitcoin to gamble in online casinos—a number of which now accept Bitcoin.

Thus, at those casinos that accept it, betting with Bitcoin is perfectly legal, and the same applies to lotteries, where tickets can be purchased with Bitcoin.

Is trading with Bitcoin legal in the US?

There are various definitions as to what “trading” constitutes, so the answer here is complex.

And, since there is no unified law governing cryptocurrencies, it often comes down to individual states as to whether a money transmitter license is required.

Pennsylvania, for instance, published guidance in January 2019 on virtual currency trading platforms. The state clarified that, generally, they are not money transmitters under state law.

Federal law provides some clarification. It defines a business as a Money Services Business if it conducts more than $1,000 in business with one person in one or more transactions involving any kind of money transfer services, such as currency dealing or exchange. In these cases, a license is required.

The US compared with the rest of the world

The US is considered one of the leading countries in issues of cryptocurrency regulation, so it sets the pace for much of the world.

However, it was neighboring Canada which was one of the first countries to draw up legislation covering Bitcoin, in 2014. The cryptocurrency is not legal tender in Canada, and dealers in digital currency are regulated and licensed as money services businesses.

To date, Japan is the only country which has declared Bitcoin to be legal tender. But authorities there have recently cracked down on cryptocurrency exchanges, demanding that they adopt better security measures.

The majority of countries are still debating the status of Bitcoin. The UK, for instance, appears to be in no hurry to regulate, and Russia is yet to publish its draft law on cryptocurrencies.

Some countries, like India, Bolivia, and Ecuador, have made Bitcoin entirely illegal.

In 2018, China restricted Bitcoin to private use only, prohibiting all financial institutions from handling digital currency transactions.

The future legal status of Bitcoin in the United States

October 2020 saw the release of the US Attorney General’s “Cryptocurrency Enforcement Framework”, which noted that cryptocurrencies such as Bitcoin are “vitally important” to the US and its allies, as long as it “does not imperil” public safety. It also stated that private industry, regulators and elected officials will “need to take steps to ensure cryptocurrency is not used as a platform for illegality.” Exactly what those steps are, are unclear; nevertheless, the fact that the report highlights the “transformative potential” of cryptocurrency suggests that an outright ban on Bitcoin is off the cards.

That assessment seems to have been backed up by acting US Comptroller of the Currency Brian Brooks. Speaking on a CNBC broadcast in December 2020, Brooks, whose responsibilities include the regulation of federal banking, said that US regulators have no plans to ban Bitcoin. Brooks also promised “a lot of good news for crypto” by the end of Donald Trump’s term in office.

“We’re very focused on getting this right. We are very focused on not killing this, and it is equally important that we develop the networks behind #bitcoin and other cryptos as it is we prevent money laundering and terrorism financing,” says @BrianBrooksOCC. pic.twitter.com/GWr6C6nZxJ

Whether that Bitcoin-friendly approach will carry over into Joe Biden’s Presidency is open to question. Certainly, Bitcoin has one advocate in the Biden administration; his financial policy transition team is headed up by former CFTC chairman Gary Gensler, who has previously taught an MIT course about the use of Bitcoin and blockchain in finance, and described Bitcoin as “a modern form of digital gold” in a 2018 Congressional hearing.

That same year, in an interview with the New York Times, Gensler emphasized that Bitcoin should remain exempt from securities regulations, while arguing that there was a “strong case” that Ripple and Ethereum are noncompliant securities. In a December 2019 Coindesk op-ed, Gensler described Bitcoin as a “catalyst for change,” although he also highlighted that crypto markets have been”rife with scams, fraud, hacks and manipulation.”

The CFTC has finalized the agency’s 2020-2024 Strategic Plan, which was unanimously approved by the Commission. Learn more about the plan and its 5 strategic goals here: https://t.co/41gtg3dM5C

In July 2020, the CFTC stated its aim to “develop a holistic framework to promote responsible innovation in digital assets” within its strategic plan for 2020-2024.

The CFTC also recently flexed its regulatory muscles. It filed an enforcement action against the owners of the BitMEX exchange in October 2020, for operating an unregistered trading platform, among other charges.

Some industry insiders have interpreted this as a positive move, and a necessary cleanup step before further regulatory innovation can occur—such as a Bitcoin ETF approval.

CFTC is wrecking BitMEX for wrecking Bitcoiners. It’s a necessary clean up step before an ETF can be approved. This is one of those “the herd is coming” events.

“My guess is that nothing will move in the legal side until those investigations are done, the assumption is that the existing legal framework is sufficient to regulate the space adequately for now,” Andres Guadamuz, senior lecturer in intellectual property law, at the University of Sussex, UK, told Decrypt.

But regardless of the legal uncertainty around Bitcoin, many enthusiasts will tell you that no matter who says you can’t use Bitcoin, its decentralized nature ensures that nobody can actually stop you.