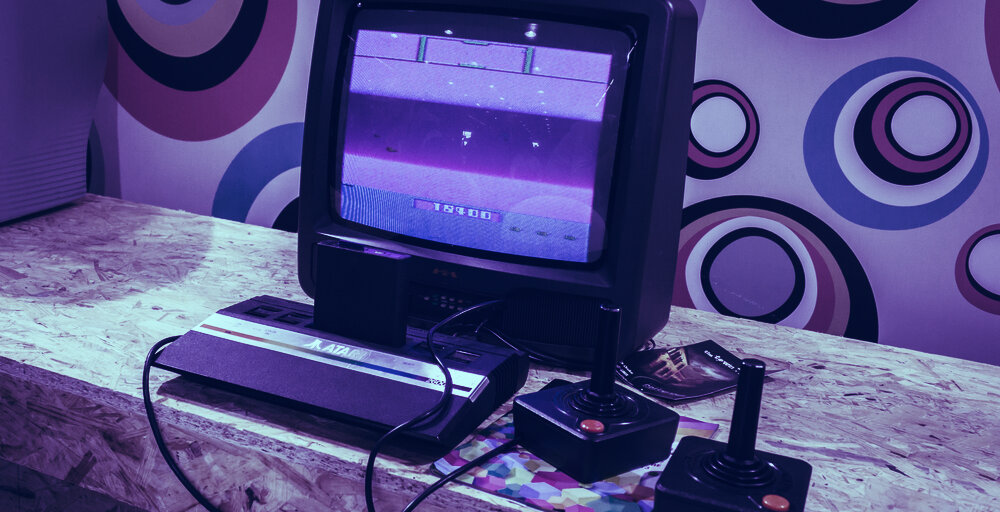 Retro gaming company Atari has partnered with Enjin to enable developers to create Enjin-powered games using its brand and IP. The deal, which includes Atari IPs such as Pong, Breakout and Asteroids, will begin with a range of sports games that will go live in 2021.

The partnership marks Atari’s latest step into the blockchain gaming world, which kicked off with the launch of its own Atari Token last month. The company plans to dive deep into this industry, as it continues its 30-year-long streak of innovation. And it wants to allow developers around the world to use its brand to build their own games.

“We’re going to create an ecosystem on the blockchain. Atari games can be used to generate profits for all stakeholders. Developers should be able to make money as well,” Atari CEO Fred Chesnais told Decrypt.

Chesnais explained that the company is providing a standard licensing agreement, enabling anyone to build an Atari game—and leverage its strong brand name. “Instead of developing your own game, you can become a partner/developer with the Atari brand,” he said.

The company—which has about 25 staff working on its crypto hustle—is also building its own set of casino games, which are currently in testing, according to the CEO. When these are launched, there will be many more use-cases for the Atari token.

Atari plans to launch a mobile cryptocurrency wallet. Chesnais said that it’s going through approval procedures with the Apple and Android stores.

The gaming company also sees a future in non-fungible tokens, known as NFTs. But it wants to innovate with them too.

“I think today NFTs are very static. I think the next level is to offer some NFTs that are going to have some interactive applications,” Fred Chesnais, CEO of Atari, told Decrypt, adding, “I mean NFTs that are just very static, I think they have reached their limit.”

NFTs are unique digital tokens. Because of this scarcity, they can grow or decline in value on their own—as opposed to fungible tokens like Bitcoin or Ethereum, which are all valued equally.

Current-generation NFTs are used in applications such as CryptoKitties and the Gods Unchained card game. “You buy NFTs, you transform them, or create new one […] then you can do something with that, play a game, do something, buy something,” said Chesnais. “The next step is more interactive NFTs—NFTs with a purpose,” he added.

‘President’ Biden? Not Yet, According to Election-Themed NFT that Fetched $66,666.60

Artists are already experimenting with novel applications for NFTs. As Decrypt reported, an artist designed an NFT that changed form depending on the election outcome—in the case of a defeat, a slumped, naked Trump would appear. Atari’s plan is likely to be similarly innovative but very different.