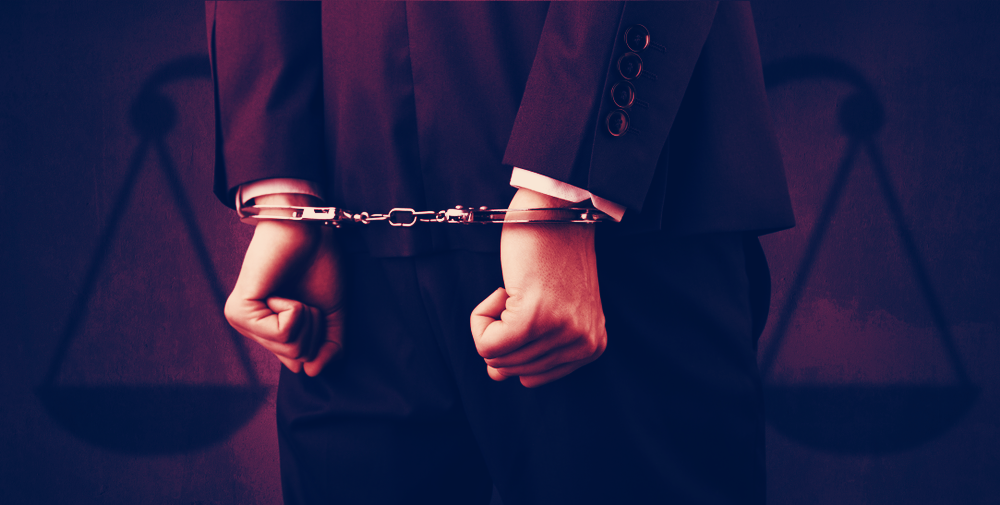 Amir Bruno Elmaani, also known as “Bruno Block,” has been arrested and charged with a multimillion-dollar tax evasion scheme emanating from the Ethereum blockchain-based Oyster Protocol and the native cryptocurrency, Pearl ($PRL), he created.

According to a press release from the US Attorney’s Office for the Southern District of New York, the Securities and Exchange Commission is also filing civil charges against Elmaani today—likely related to an exit scam believed to be perpetrated by Mr. “Block.”

Elmaani allegedly failed to list the earnings from the Oyster Protocol token sale, which raised 300 ETH (then worth about $90,000). The defendant allegedly sold more of his Pearl tokens via a secondary market.

He further benefitted from an exit scheme in October 2018 when he allegedly exploited a smart contract to re-open the crowd sale and take out Pearl tokens—killing the project in the process. At the time, Oyster had a market cap of between $15 and $20 million, and the token was valued at around $0.20.

The exploit allowed 1 ETH to be sent to the Oyster token contract in exchange for 5,000 PRL. That ETH could then be withdrawn while the newly-minted PRL were simultaneously sold on KuCoin. The process could then be repeated over and over—well, at least, until people got wise and the transactions were halted.

Essentially, he was creating new tokens, though the supply was meant to be fixed, then exchanging it for other cryptocurrencies and cashing out.

Since Oyster Protocol ran on the Ethereum blockchain, federal investigators were able to track the movement of Pearl and Ether tokens through a “foreign-based exchange” (likely referring to KuCoin).

Despite this, according to the unsealed indictment, “The only income reported on the 2017 Return was self-employment income of approximately $15,00, from a business described as ‘patent design.'” According to the government, he didn’t file a return at all in 2018.

Substratum burns through $13 million in ICO funds in two years, lays off staff

It apparently caught the Justice Department’s eye, as he was allegedly able to spend more than $10 million on yachts, $1.6 million at “carbon fiber composite company,” and over $1.1 million on homes and home improvements in 2018.