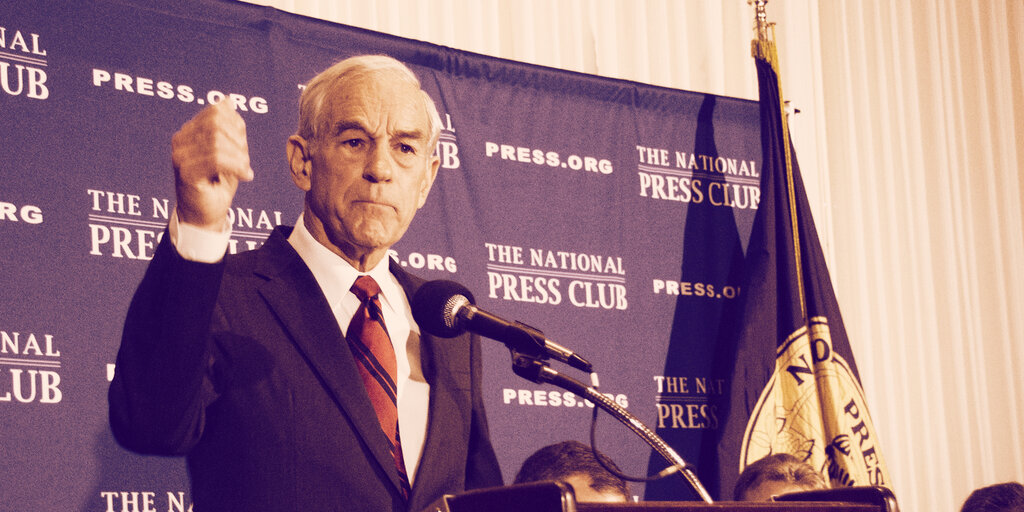 Former presidential candidate and libertarian Ron Paul thinks that the best way to deal with Bitcoin is to legalize it.

The ex-Libertarian Party congressman for Texas today said on the Stephan Livera podcast that he is interested in the cryptocurrency because it is “not a creature of the government”—but he added that the government was watching the asset “very closely.”

Bitcoin’s legal status in the US depends on different state laws, rules and regulations surrounding the cryptocurrency, which are constantly changing.

Ron Paul wants to make Bitcoin legal. “I thought the important thing is that we should do whatever we can to make it legal,” he said. “I wanted to make it legal from the start.”

In the US, a number of states—such as New York—have strict regulations surrounding cryptocurrencies. But most still haven’t legislated on cryptocurrency.

Ron Paul argued on the show to not even tax the asset—but that’s unsurprising considering that the libertarian is against taxes in general.

“I don’t even believe in the IRS,” he boasted, adding that it was illegal to own gold up until 1975—something he doesn’t want to happen to Bitcoin.

“So that’s why, you know, I got into politics, and that’s why I’ve remained the skeptic,” he said.

“The perfect system is freedom of choice, then you and I can decide exactly what we should use as our monetary system.”

It doesn’t look like Bitcoin will be banned in the US anytime soon, but one thing is for sure: regulation is coming.