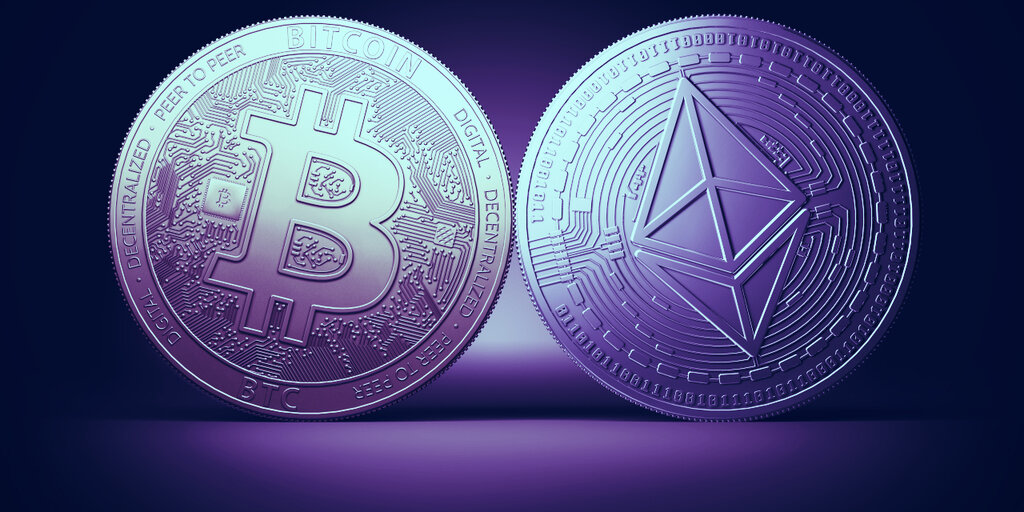 The amount of Bitcoin locked up in Ethereum is on the decline, as traders withdraw their Bitcoin from Ethereum’s DeFi smart contracts and sell it on the open market.

Bitcoin reaches Ethereum by way of synthetic representation. You buy a Bitcoin, plug it into a decentralized finance smart contract and bing! Out pops an Ethereum token that represents that Bitcoin.

The number of Bitcoins on Ethereum ramped up this year when Ethereum’s decentralized finance boom came into full swing in July; traders could earn lucrative returns from investing in lending protocols and decentralized exchanges.

That was attractive for Bitcoin HODLers who wanted to put their idle crypto to use. The phenomenon, known as “wrapped Bitcoin,” took off. But then, last month, the number of Bitcoin locked up in Ethereum began to fall. Take wBTC, or Wrapped Bitcoin, the largest, with about 80% of the market share: On June 1, there were 4,000 Wrapped Bitcoin, or about $38 million. That figure peaked at 124,260 Bitcoin on November 9, or $1.9 billion. But since then, it’s dropped to 119,893 Bitcoin. The value of that Bitcoin has increased, to $2.3 billion, but the number of Bitcoin has declined by 4,367 Bitcoin.

First, the price of Bitcoin shot up like a rocket. Bitcoin increased from about $10,500 at the start of October to almost $20,000 this week. Bitcoin HODLers, who invested in DeFi smart contracts while waiting for BTC’s big break, might’ve cashed out to sell Bitcoin on the open market.

Second, DeFi rewards have been drying up for months. In their heyday, between late June and October, some DeFi protocols offered returns of up to 1000% per year. However, the market collapsed when the penny dropped, and the only way for DeFi protocols to prop up the market was to mint an increasing number of tokens to satiate the desires of profit-hungry customers.

“The DeFi bull run was driven by the yield farming craze, however, as these liquidity mining incentives decreased so too has trading activity on DeFi protocols, which is why traders have less demand for tokenized assets such as WBTC,” Charlie Humberstone, a product manager at CryptoCompare, told Decrypt.

Elias Simons, a protocol specialist at blockchain infrastructure firm Bison Trails, echoed the sentiment: “One of the reasons BTC on Ethereum is plateauing, could be a decrease in Defi yield farming activity. In the last couple of weeks, we saw Uniswap end its liquidity mining program, resulting in less compelling yield opportunities available in DeFi for WBTC,” he said. “As a consequence, Coinlist ended its own Uniswap liquidity provision program and distributed capital back to its participants, likely adding to the effect.”

Simons added that with Bitcoin price volatility once again on the rise, “higher yields are becoming available in competing ecosystems,” such as through basis trading cross-exchange arbitrage, and “even on the funding side of centralized derivatives.”

It will be interesting to see DeFi’s next trick for keeping its customers.