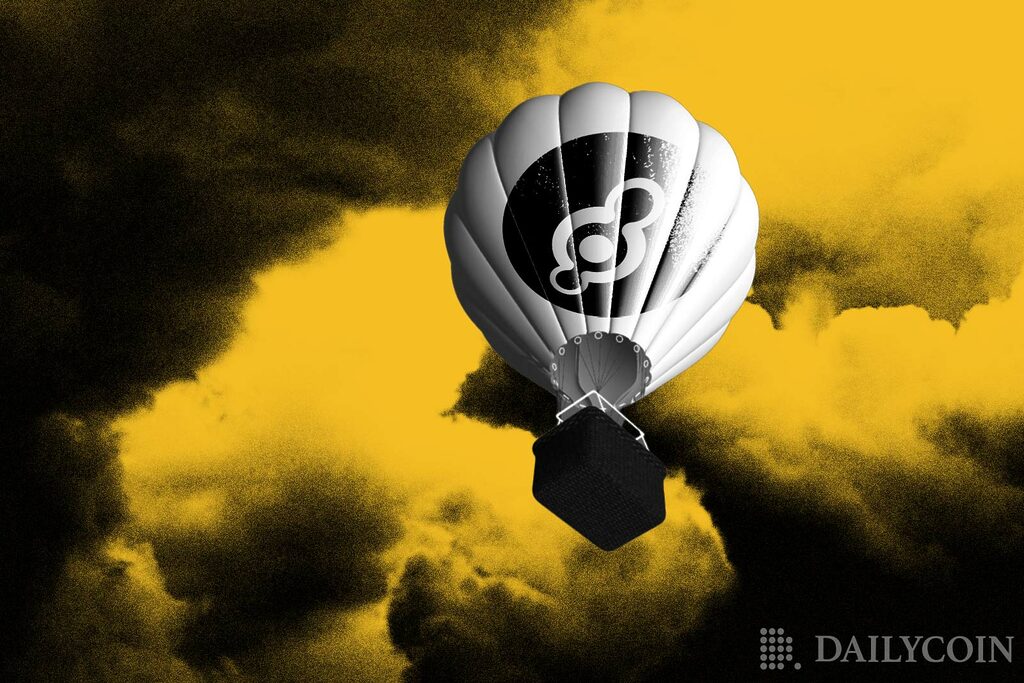 Read in the Digest:

The crypto market is now recovering from its sharp decline on Wednesday, September 28, which saw the global crypto market cap plunge by more than 4.3% along with a downtrend in the stock market.

A positive trend is expected for the crypto market in the coming weeks if the bulls continue to outbid the selling bears by buying the dips.

Lightning Labs, the firm behind the Bitcoin Lightning Network, has launched a test version of the Taro daemon, that will allow developers to create, send, and receive assets on the Bitcoin blockchain.

Lightning Labs says The Taro network will allow the creation of peer-to-peer Bitcoin and Lightning-native stablecoins that can be used for instant settlements at low transaction fees.

Taro is a Taproot-powered protocol that will support the creation and transfer of assets over the Bitcoin blockchain. The initial version of the code is available on GitHub. However, it is only in its alpha testing phase.

According to Lightning Labs, they are working on the on-chain functionality of Taro. When the development is complete, it will be integrated into the Taro protocol “bringing Taro assets to the Lightning Network,” allowing instant transfers at low fees.

The implementation of Taro seeks to increase both the performance and utility of the Bitcoin blockchain.

Circle Internet Financial, the issuer of USD Coin (USDC), has introduced a cross-chain transfer protocol to launch its stablecoin on five new blockchains. The move comes three weeks after USDC was delisted by Binance.

According to the announcement, Circle will launch the USDC on Polkadot, Optimism, Near, Arbitrum, and Cosmos before the end of 2023. However, users can expect USDC to launch on Cosmos at the start of 2023.

The launch of USDC on these blockchains will give developers the option to use Circle APIs for fiat on/off-ramps to and from USDC in their products, and in their programmable wallet infrastructure.

Circle’s vice president of product Joao Reginatto has noted that the recent expansion is part of a multi-chain vision for the stablecoin. He also said that developers prefer multi-chain projects as opposed to single chains.

The expansion will also open the door for institutions, exchanges, and developers to innovate and have easier access to the USDC stablecoin.

Since the May implosion of the Terra ecosystem, which led to the loss of more than $60 billion, its founder, Do Kwon, has been under intense scrutiny. Recently, South Korea issued an arrest warrant, leading to Kwon being placed on Interpol’s most wanted list.

In a Wednesday interview with the Wall Street Journal (WSJ), a spokesperson for Terraform Labs said that the case is now “highly politicized” and that the actions of South Korean authorities were unfair and did not uphold basic rights guaranteed under Korean law.

The case sparked further controversy after 3,313 bitcoins, worth about $65 million, were allegedly transferred into two accounts from the Luna Foundation Guard, linked to Kwon. South Korean authorities have, however, frozen the assets.

Terraform Labs has also denied that LUNA Classic (LUNC) is a security under South Korea’s capital-markets law. The firm claims that in response to pressure from the public, the authorities expanded the meaning of security, which is an overreach.

The case against Do Kwon seeks to answer questions surrounding the collapse of Terra and the loss of investors’ funds.

UAE Ministry of Economy Establishes New Headquarters in the Metaverse

The Ministry of Economy of the United Arab Emirates (UAE) unveiled its new headquarters located where anyone in the world can visit — the Metaverse. The headquarters gives visitors access to the Ministry’s full portfolio of services in the virtual world.

Abdulla bin Touq, UAE’s Minister of Economy, said that the ministry’s “third address” will complement its physical offices in Abu Dhabi and Dubai. The metaverse headquarters features a multiple-story building, with each floor serving a different purpose.

Visitors to the virtual headquarters will also be able to sign legally binding documents that eliminate the need to be physically present at the ministry. To get into the building, visitors will be required to amass a ticket.

Interactions in the metaverse will be voice prompted, since it’s a 3D metaverse. The metaverse headquarters was built to offer an immersive experience for governments, corporates, and individuals to interact and collaborate with the ministry from anywhere.

The launch of Dubai’s Metaverse Assembly is a big first step in the direction of its forward-looking July vision, which is to be listed in the world’s top ten metaverse economies.