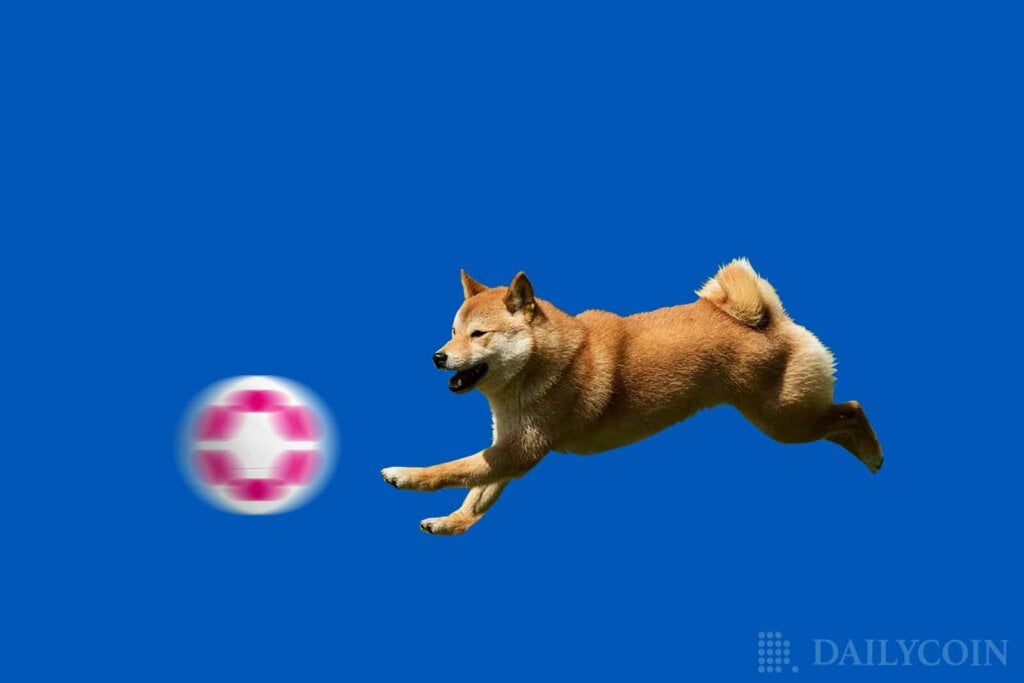 Despite many of the top cryptocurrencies eyeing a green week, for some it wasn’t enough to stay in the Top 10 by global market cap. Elon Musk’s beloved Dogecoin (DOGE) had to grudgingly step aside from the #10th position, as the rapidly growing Polkadot (DOT) was quick as a wink to take the throne from DOGE.

Firstly, the reason behind this could be the utilization of Polkadot (DOT), as the blockchain is heavily focused on interoperability and interchangeability between different blockchains. As Polkadot (DOT) uses a unique parachain technology, which lets independent chains connect with each other without a third party, this type of functionality has a high demand between crypto enthusiasts that use any other blockchain technology than the top asset Bitcoin (BTC). And so, Polkadot (DOT) launched a parachain auction last Friday. In addition, with the DOT community members eagerly voting for more upgrades, the growth of this interconnectivity-focused blockchain could accelerate even further.

A new parachain lease auction has begun, with anonymous parachain ID 2057 currently in the lead. https://t.co/LodxXiY0DD

Dogecoin (DOGE) Gets a Long-Awaited Upgrade

Friday was just as big for Dogecoin (DOGE), as the top memecoin finally got the C-library update that should help with DOGE’s utilization across different platforms without requiring as much coding knowledge. As the lead core developer, Michi Lumin, puts it: “It will enable the direct integration of dogecoin into many different platforms in a lightweight manner, without developers having to procure deep blockchain experience”.

So after several months, many late/sleepless nights, and one false launch, #libdogecoin v0.1 is now ready play with right here:https://t.co/hcYXnt8UJX

Huge props to the rest of our small lib team, @KBluezr and Jackie (github: jaxlotl) , for the insane effort.

Furthermore, Dogecoin (DOGE) was once again praised publicly by the world’s richest man, Elon Musk. This time, ‘The Dogefather’ went on to express his love for DOGE in ‘Full Send’ podcast, after being asked what’s his stance on the current conditions of the crypto markets. “I’m mainly supporting Doge, frankly”, – says Tesla’s CEO, sentimental about the fact that Dogecoin (DOGE) started as a joke, just like his The Boring Company.

A Race Between The Neighboring Dogs

Despite both top dog-themed coins Dogecoin (DOGE) and Shiba Inu (SHIB) thriving for the moon, there’s still quite a few stops to make. At the moment, the rival memecoins of DOGE and SHIB are #11 and #12 by total market capitalization, respectively. On top of that, both of the dog-themed coins have exactly the same number of followers on Twitter, hinting at an intense competition for the top dog medal.