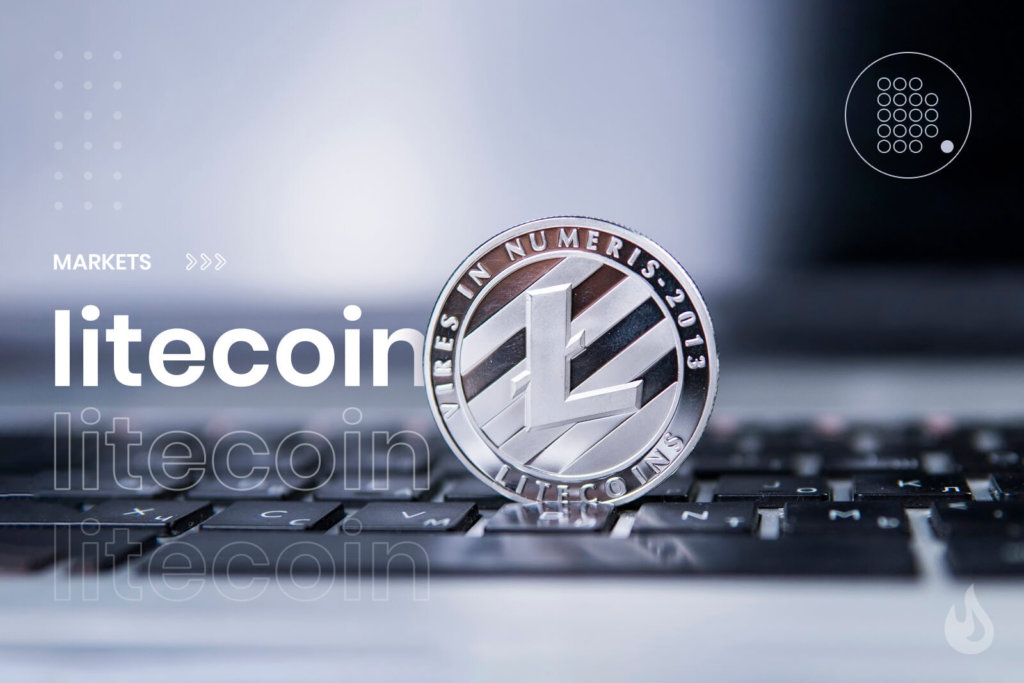 Litecoin was created on October 7th of 2011 by Charlie Lee through an open-source client on GitHub, who had a master’s degree in computer science from MIT and even worked as a software engineer for Google for many years. Litecoin is a Bitcoin fork; this means that Litecoin uses the Bitcoin source code. The maximum Litecoin Supply is 84.000.000. The Litecoin Network went live on October the 13th of 2011.

This currency was invented and designed to provide fast and secure and low-costing payments through the usage of unique properties of blockchain technology.

It differs from Bitcoin in terms of the hashing algorithm used, the hard cap, block transaction times, and so on. Litecoin has a block time of 2.5 minutes and low transaction fees, which makes it convenient for micro-transactions and point-of-sale payments.

Litecoin’s success is because it is simple and has plenty of utility benefits. More than 2.000 merchants, as well as stores, accept LTC across the entire world. The main benefit of Litecoin comes because it is speedy as well as cost-effective. As such, this makes it a solid alternative to Bitcoin, especially in developing countries where the transaction fees can be a deciding factor about what cryptocurrency makes logical sense to invest in.

Litecoin uses the Proof-of-Work (PoW) consensus algorithm to ensure that the transactions are confirmed quickly, efficiently, and without any errors.

Litecoin, as a result, transacts quicker than Bitcoin due to its faster confirmation time. This is the period between submitting a cryptocurrency transaction and the time through which the assets are received. As mentioned, Litecoin’sLitecoin’s time is 2.5 minutes, and Bitcoin’sBitcoin’s time is 10 minutes.

Only a finite amount of Litecoin will ever exist. This is because only 84 million tokens will ever exist. Since Litecoin is less expensive than Bitcoin, a lot of people will end up saying that Bitcoin can be ranked as gold and Litecoin as silver in terms of real-world equivalents. However, that being said, this is excellent for Litecoin as its lower price makes it a lot more convenient for smaller payments.

Litecoin was one of the first altcoins on the cryptocurrency market. The main reason it dominated any altcoins after its release is that it did modifications compared to Bitcoin, which were quite useful, such as faster processing and lower transaction fees.

Now, the developers, Charlie Lee, essentially wanted to develop a cheaper and faster version of Bitcoin. Once this was accomplished, the community started rising, and by 2013 it was one of the most popular currencies on the crypto market. When we fast forward a bit to May of 2017, Litecoin was listed by Coinbase, and the price started to rise to the highest level. Over time, it got the reputation of being a test network as developers who wanted to implement Bitcoin features and tried to run them on Litecoin first to test them out.

Now, while Bitcoin uses the SHA-256 algorithm, Litecoin uses a newer algorithm known as Scrypt. Now, don’t let the fact that it is newer fool you, as both require a lot of computational power to generate many possible solutions for their functions. When it comes to hashing power, Scrypt-based protocols have a lower hash rate than Sha-256 based protocols.

New Litecoins are created and can enter circulation through the process of mining.

Litecoin mining, as the name might imply, is the processing of a block of transactions into the Litecoin blockchain itself. This mining requires miners to solve algorithms, and the first one to reach a solution is rewarded with tokens as a form of payment.

The blockchain serves as a record for all of the owners of a Litecoin. Litecoin miners are rewarded with 12.5 new Litecoin for each block they manage to process, and the amount that miners can earn is designed to be reduced by one-half every four years. Keep in mind that in August of 2023, the mining rewards will halve to 6.25 Litecoin.

If you yourself want to get involved in Litecoin mining, you will have to invest in serious hardware. In other words, you will need a graphics processing unit (GPU) or Application-Specific Integrated Circuit (ASIC) machine to run the calculations required to reach a solution.

Now, since miners are constantly racing to solve an algorithm, they had to scale up their mining rigs, resulting in high electricity bills. Once the setup process has been completed, you will need to set up an e-wallet, where the Litecoins can be deposited once acquired. One can deposit Litecoins on either a hot wallet or a cold wallet.

A hot wallet is any wallet that directly connects to the internet, and the most common types of hot wallets include phone applications, web-based wallets, and desktop wallets. Cold wallets are wallets that do not have any connection to the internet, and these are generally physical, real-world storage devices that store your private keys or paper wallets that you print out.

Litecoin had SegWit implemented in 2017, after which Bitcoin followed. This technology can prevent excess data from being written into new blocks, and as such, this can free up space for blocks and store more transaction data, increasing the number of transactions per second or TPS. As such, SegWit managed to double Bitcoin’sBitcoin’s TPC from 3 to 7 and Litecoin’sLitecoin’s TPC from 28 to 56.

Litecoin also supports the Lightning Network, which is an off-chain solution that increases TPS even more. This is done by opening a payment channel between two pairs, where multiple transactions occur, and only the final balance is written to the blockchain by the network nodes once the payment channel is fully closed.

Atomic swaps allow a user to directly exchange different types of cryptocurrency to other people without a centralized service, such as an exchange through automated contracts that release the specified cryptocurrency to a user’s wallet when conditions are met. Litecoin executed many of the first atomic swaps with Bitcoin, Decred, and Vertcoin in 2017.

The Future of Litecoin

According to many forecasters, including the Economic Forecast Agency, Litecoin predictions indicate that it could rise to potentially $260 in January of 2022 and drop back to the $100 mark throughout the year.

Now, LTC whales went into a buying spree, where they have purchased many coins throughout the past month. The digital asset defended a critical support level and aimed for a rebound.

Now, keep in mind that the Litecoin price has not been performing well lately, as it has dropped around 26% throughout the past week, while other cryptocurrencies such as Ethereum and Ripple have fallen by around 20% as well. This is due to the underperformance of the crypto sector, and as such, many cryptocurrencies have fallen in value. This could be because famous people such as Elon Musk said that Bitcoin and Ether are expensive and that Janet Yellen criticized Bitcoin.

It seems that every time someone influential talks about cryptocurrencies, or they get viral news coverage based on some bad aspect of them, the price suddenly decreases by a tremendous amount. However, in many cases, it kicks back up over a short period as-well.

This leaves us to conclude that Litecoin sees an increased volatility level, as seen on the charts starting late 2020 with astronomical price swings and wide intraday ranges. If we look at the history of Litecoin, we can clearly see that its price goes in parallel to Bitcoin’s price movements and generally follows the same direction.

When the economy regains its all-time high strength throughout the long term, many banks could resume their interest rates, making traditional currencies attractive to large investors. This might shift the funds away from cryptocurrencies, leading Litecoin to have less of an influence.

However, Litecoin is adopted by institutions as well as retail investors regularly. As such, cryptocurrencies are becoming a lot more mainstream as new funds are constantly being traded on the market, which increases the prices and support levels.