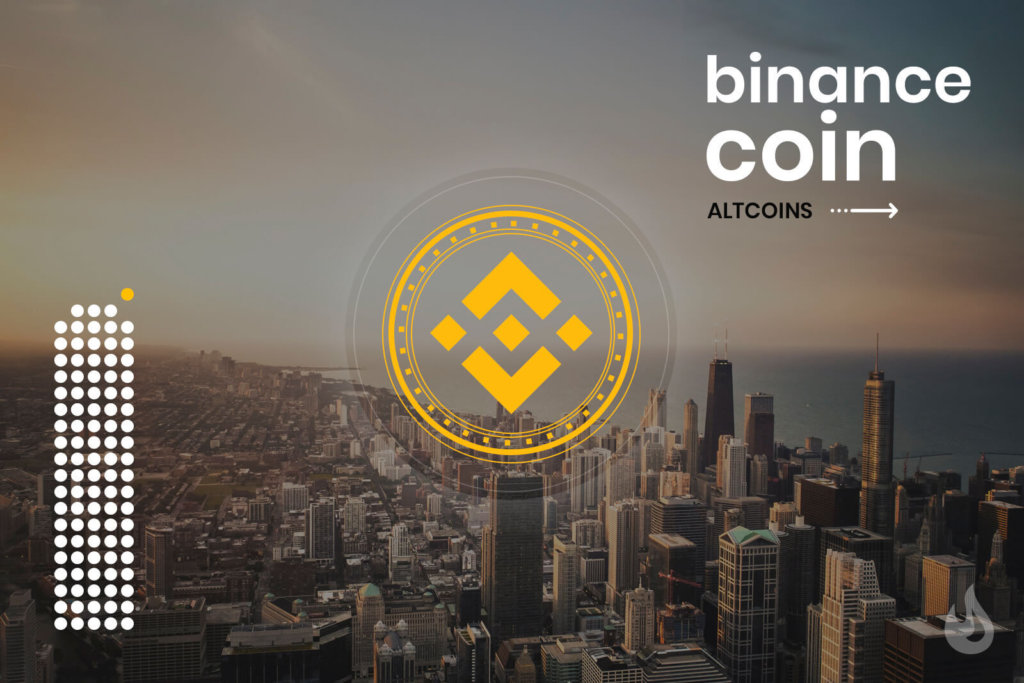 Binance as an exchange offers the users the ability to trade cryptocurrencies. It provides a crypto wallet for all of its traders where they can store their electronic funds; it also has its own cryptocurrency token known as the Binance Coin and has a support program with the potential of helping new investors get in the world of investing quicker and more efficiently.

The name itself is based on the combination of two words, more specifically, binary and finance. The servers themselves were launched all the way back in 2017 and offered high standards of safety and security with the multi-tier and multi-clustered architecture. The founder of this service is Changpeng Zhao, a developer who also created high-frequency trading software. The platform itself was originally only available and based in China. However, over time, it moved out of China because China increased its cryptocurrency regulations.

Binance as a platform is typically known as a cryptocurrency to a cryptocurrency exchange that has gained a high popularity level for one unique reason. This is because it has the lowest transaction fees out of any exchange out there and a high liquidity level. If you as a user decide to pay through the native BNB cryptocurrency token usage, you will even receive additional discounts, which makes having BNB worthwhile as a result.

Binance as a platform has exchange-specific services and even other tools and services to support the blockchain ecosystem. It has a blockchain technology incubator, which you might have found titled “Binance Labs.” This incubator has a focus set on pre-ICO stage projects.

It has the potential to help dedicated and capable teams by providing them with the required funding for the development of their project and giving them advisory resources and a launchpad for listing and fundraising the project.

Now, the main use of the coin is to trade cryptocurrencies and pay for the Binance Exchange fees. One can use the B2B token to pay the fees, and Binance even offers a rebate for up to five years of user membership.

When it comes to the Initial Coin Offering or ICO of this coin, it was completed on July the 21st of 2017 with 100 million BNB tokens. All of the tokens were created before the ICO and were sold in approximately 20 days, which raised $15 million for the Binance project.

The Uses of the Binance Coin

Moving along, you can also use BMB as a form of payment for crypto credit cards, and merchants can even offer NBN as a way to pay customers. Keep in mind that there are also many platforms out there that allow investors to invest in stocks, ETFs, and even other assets through the usage of the Binance Coin. The coin has also found many uses as being collateral for loans on platforms.

The Technology behind the Binance Coin

BNB was originally built on the Ethereum blockchain as an ERC-20 token before its own blockchain. The tokens cannot be mined, as they were pre-mined and distributed through the ICO. The tokens which are already in circulation are used for discounted trading on the Binance Exchange, alongside other use-cases outside of the exchange, as previously discussed.

If you have ever read the Binance whitepaper, you might have been aware of this, but we are assuming that many people have not, and as such, here is what you need to know about BNB burning. You see, each quarter, Binance uses 20% of the profits to buy back and burn Binance Coins. This wrecks the coins. The idea of Binance is to perform quarterly burns until it buys back and destroys 100 million Binance coins in total. This ensures that the supply of Binance Coins remains finite, which makes it valuable as a result.

The Security of the Binance Coin Explained

As we previously discussed, BNB originally began its life on the Ethereum blockchain as an ERC-20 token; however, it moved to its own custom Blockchain known as the Binance Chain. Binance Chain, unlike the Ethereum counterpart, does not support smart contracts.

Instead, this Binance Chain utilizes the Tendermint byzantine-fault-tolerant or BFT consensus mechanism. This system works by having different types of nodes, including the validator nodes, which are specifically selected community members that can vote to validate the transactions, witness nodes that witness the consensus process and broadcast the transactions to other nodes, and the accelerators nodes that are owned by organizations and help make the transaction validation process quicker and snappier. Once these blocks are produced, the fees which are collected are distributed across all of the validators.

Binance capped the BNB supply at 200 million tokens, and it released 100 million of them to the public throughout the ICO. At the same time, 80 million ended up being allocated to the founding team, and 20 million were given to the angel investors. Binance plans to burn half of the total supply of 100 million tokens throughout time. This will in turn, stabilize the price of BNB.

When it comes to processing the transactions, the validator nodes vote to process the transactions within the network as part of the Binance Chain Tendermint byzantine-fault-tolerant consensus mechanism. One can speed this up through the usage of accelerator nodes. An accelerated node is special infrastructure insurance built around Validator to facilitate accelerated transaction routing and provide richer and faster user interfaces.

The Future of the Binance Coin

At the time of writing, the BNB coin has a value of $228.91. The prediction is that BNB could potentially even reach $500 by the end of 2021. The price has the potential of increasing if the company consistently pulls out new improvements. If things move smoothly in the future to 2022 and beyond, it could potentially hit $1000.

On February 27th of 2021, Cardano (ADA) bypassed the Binance Coin (BNB) in value, placing it from the third spot to the fourth spot on the top cryptocurrency exchanges list.

While this may be the case now, a few days earlier, BNB broke past the $100 mark and flew ahead to over $200 quickly and had the highest 24-hour trading volumes on record with around $5 billion worth of BNB being traded. This occurred after Changpeng Zhao continued to add products as well as services to the exchange’s offering.

Binance is also one of the biggest trading platforms out there, with more than 150 different cryptocurrencies available for trade and 50 fiat currencies. It has a user base of over 13.5 million, and the trading fees of the Binance platform are extremely low. The two-factor authentication services and other measurements make the platform shine in the eyes of a lot of investors. As the team behind this project builds upon the platform in the future, this will increase the requirement and value of the BNB token, and as such, it will rise in value.

The future development of the Binance platform is what will ultimately decide how its value will fluctuate going forward. Given that it is currently one of the world’s largest platforms and for cryptocurrencies, it shows no signs of stopping going forward. While other competitors might catch up, they are far from putting BNB off the map completely, and we cannot wait to see what the future holds for the Binance Coin.