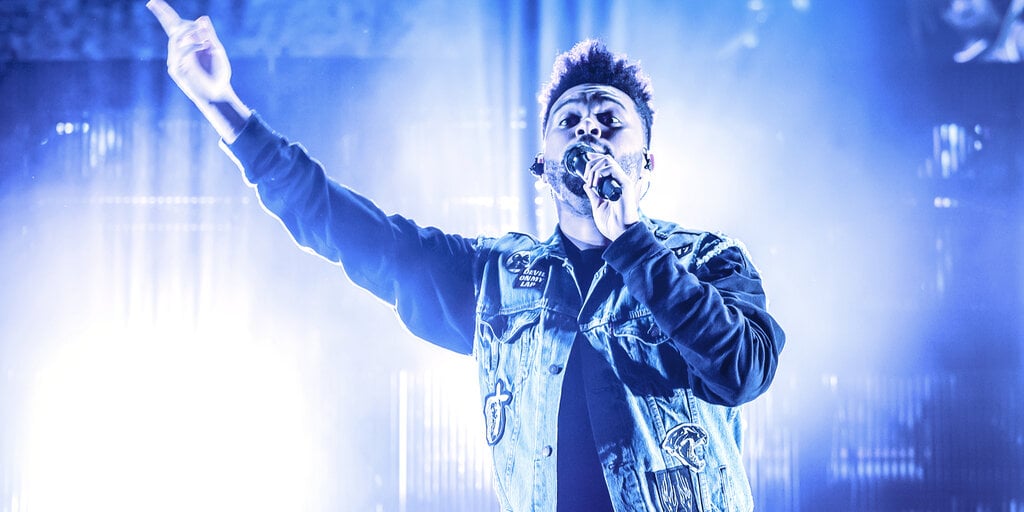 Musical artist The Weeknd, last seen pointing to cardboard cutouts of fans at the Super Bowl halftime show, is hoping more people are able to participate in his upcoming NFT release.

The Grammy-winning Canadian singer tweeted today that his first NFT collection will be released on the Nifty Gateway marketplace this Saturday (because, hey, it’s the weekend).

Excited to announce that my first NFT drop is taking place on Saturday at 2:00 pm EST on @niftygateway. The collection will feature new music and limited edition art. I developed the artwork with Strange Loop Studios pic.twitter.com/627BO4JekK

The NFT sale will be of an unreleased song accompanied by artwork he co-created with Strangeloop Studios, which makes concert visuals for The Weeknd and artists like Kendrick Lamar.

According to TechCrunch, Nifty Gateway will hold a one-day auction for the full song with visuals, as well as unlimited editions—within the sale time frame—of three shorter clips with artwork.

Can NFTs Change How We Value Music?

NFTs, which are commonly used for digital collectibles, are essentially blockchain-based tokens that count as proof of ownership over something, in this case an associated file containing music and digital artwork.

The Weeknd, whose birth name is Abel Tesfaye, will join the likes of musicians Grimes, Kinds of Leon, and Aphex Twin, all of whom have participated in what is quickly becoming a lucrative sector of the crypto industry. The top three NFT marketplaces registered $342 million in trading volume in February, more than in all of 2020.

And that was before digital artist Beeple sold a piece through Christie’s auction house for $69.3 million, the third-highest-price paid for artwork from a living artist.

The Weeknd teased last week that a “new song living in the NFT space” was “coming soon.” Let’s hope, for the buyer’s sake, that they won’t be blinded by the price.