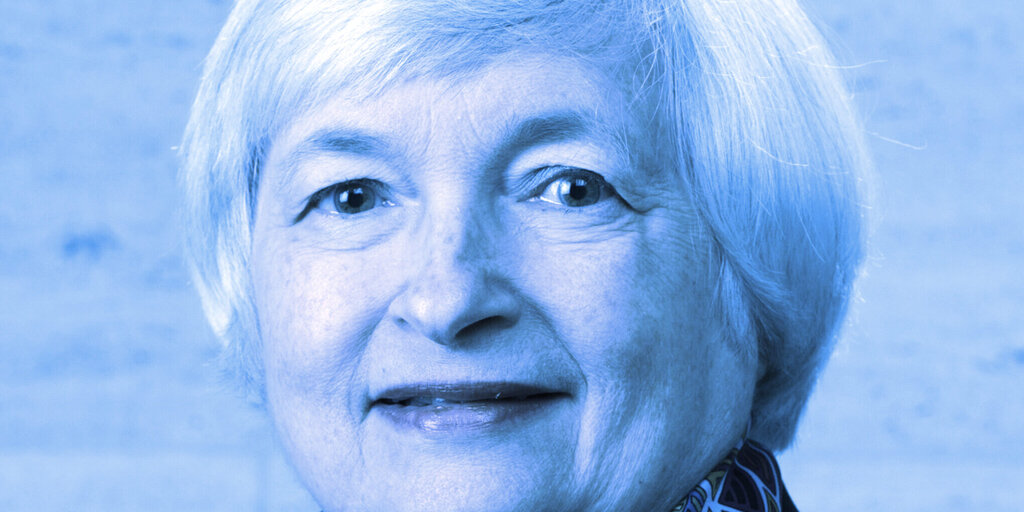 Janet Yellen has more to say about cryptocurrency.

During her Senate confirmation hearing on January 19, President Biden’s nominee for Treasury Secretary said “cryptocurrencies are of particular concern” when it comes to facilitating crime, including terrorist activity.

In written testimony released today, however, Yellen struck a more measured note, noting their “potential” to improve the financial system.

Yellen’s oral remarks on Tuesday came in response to a question from Democratic Senator Maggie Hassan about some cryptocurrencies being used to fund terrorism. Hassan asked, “Can you outline some of these emerging technological concerns and how Treasury should combat new forms of terrorism criminal financing?”

In other words, it was a narrow question. Moreover, Yellen’s response—in part, that “we really need to examine ways in which we can curtail their use”—was confined to the end of the five minutes allocated to Sen. Hassan for questions.

The written testimony gave Yellen a chance to more fully express her views. The question submitted by the Senate Committee on Finance asked: “Dr. Yellen, what do you view as the potential threats and benefits these innovations and technologies will have on U.S. national security? Do you think more needs to be done to ensure we have appropriate safeguards and regulations for digital and cryptocurrencies in place?”

“I think it important we consider the benefits of cryptocurrencies and other digital assets, and the potential they have to improve the efficiency of the financial system.”

After noting that digital assets can be used for terrorism and money laundering, she continued:

“I think we need to look closely at how to encourage their use for legitimate activities while curtailing their use for malign and illegal activities. If confirmed, I intend to work closely with the Federal Reserve Board and the other federal banking and securities regulators on how to implement an effective regulatory framework for these and other fintech innovations.”

Just out: Here’s Janet Yellen answering a question about Bitcoin in her written testimony for the record in her nomination hearing. Much more nuanced than what she said in oral testimony. https://t.co/iijuEbUbB1 pic.twitter.com/FHuzEHlovz

Yellen is already intimately familiar with the Federal Reserve Board. She chaired it from 2014 to 2018.

As Treasury Secretary, Yellen would have purview over the Financial Crimes Enforcement Network (FinCEN), a Treasury bureau that combats money laundering and terrorism.

FinCEN, under Trump-era Treasury Secretary Steve Mnuchin, proposed new rules for reporting transactions to private crypto wallets that would fully subject virtual currencies to the Bank Secrecy Act. Transactions of more than $3,000 would have to be recorded, while those totalling more than $10,000 in a 24-hour period would have to be reported to FinCEN. President Biden yesterday put a freeze on all federal rulemaking, meaning the FinCEN proposal will first be reviewed by Biden appointees, i.e., Yellen and her designated FinCEN chair.

The Senate Finance Committee is expected to vote on Yellen’s nomination Friday morning, after which it goes to the full chamber for a vote.