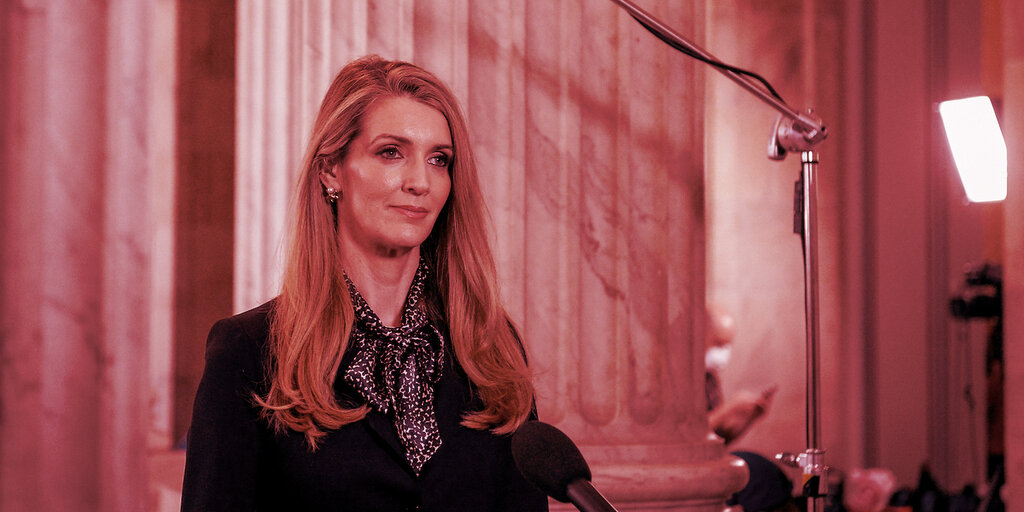 Kelly Loeffler (R-Ga.), formerly the CEO of Bakkt, a market for trading futures on digital assets, has conceded her Senate re-election bid. The concession comes two days after the Associated Press called the race in Georgia for her Democratic challenger, Reverend Raphael Warnock.

“Unfortunately, we came up slightly short in the runoff election, and earlier today I called Reverend Warnock to congratulate him and wish him well in serving this great state.”

Serving our great state has been the honor of my lifetime.

In 2019, Loeffler was appointed by Georgia Governor Brian Kemp to fill the seat of Johnny Isakson, who resigned midway through his term. She campaigned to remain in the seat for another two years, but did not receive an outright majority in the November general election and therefore faced Democrat Raphael Warnock in a runoff on January 5.

Warnock’s win—combined with the win of fellow Georgia Democrat Jon Ossoff—effectively gives the Democrats control of the Senate, with Vice President-elect Kamala Harris set to serve as the tie-breaking vote.

Before her Senate appointment, Loeffler served as CEO of Bakkt starting in 2018. Bakkt is an exchange and clearinghouse for Bitcoin futures.

During Loeffler’s tenure, Bakkt raised over $180 million in a funding round, though Bakkt has historically trailed well behind institutional rival CME in trading volume.

Loeffler has not commented on whether she plans to return to the private sector, or Bakkt in particular, though the pathway seems to be there. In addition to previously leading Bakkt, she’s also married to Jeffrey Sprecher, CEO of its parent company, Intercontinental Exchange.