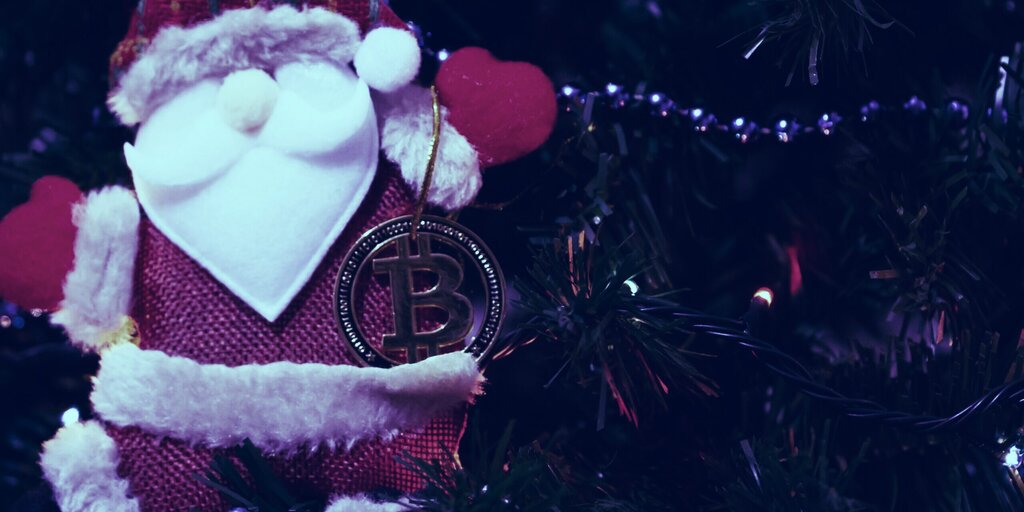 What’s there to say about 2020 that hasn’t already been said? We’re glad it’s over, but the holidays are for reflecting, and the process of listmaking can amount to a kind of necessary purge.

Here’s part one of our four-part review of the year in crypto, which takes a look back at the biggest events from January through March.

“Not great, not terrible,” you might have said at the time… if you weren’t checking the news out of Wuhan.

That might seem like a lot, but consider this: Since then, the blockchain has recorded almost 100 million more transactions.

March 9 marked the first COVID-induced stock market crash, and a 2000-point drop in the Dow—the largest point drop ever, until three days later, when it dropped 2,300 points. March 16 set the current record, with a drop of 2,997 points, or nearly 13%.

The crypto markets saw their biggest dip on the 12th, with the price of Bitcoin falling to $4100 on the morning of March 13. Trading volume across a range of major exchanges hit a collective all-time high, as people scrambled to pull out.

Anticipation surrounding the Bitcoin “halvening” may have bolstered the crypto market before the virus spoiled things, and started people thinking about crypto more as a means to buy toilet paper and hand sanitizer than as a long-term store of value.

Things were a little grimmer for Bitcoin mining companies—the Chinese company Bitmain, which sells mining products, cut its workforce significantly in January as it prepared for a drop in profits.

The field of Democratic presidential nominees began narrowing in February, and Andrew Yang—a Bitcoin advocate, who included things like blockchain voting in his official platform—dropped out of the race in the wake of the New Hampshire primary. Tulsi Gabbard, the race’s other big crypto fan (she bought Ethereum and Litecoin in 2017), would drop out in March.

Andrew Yang speaks in NH: “While there is great work left to be done, you know, I am the math guy, and it is clear tonight from the numbers that we are not going to win this race. … Tonight, I am announcing that I am suspending my campaign for president” https://t.co/C8bXmJMzWI pic.twitter.com/bXUPgLzcJB

Akon Gets Approval for Utopian “Akon City” in Rural Senegal

Akon has been a longtime fan of cryptocurrencies. The musician and entrepreneur has his own coin (“Akoin,” duh) and in January, he tweeted that he’d been cleared to build an entire city based around the currency.

Just finalized the agreement for AKON CITY in Senegal. Looking forward to hosting you there in the future pic.twitter.com/dsoYpmjnpf

Akon City will supposedly be located near Dakar, Senegal, and run entirely on Akoin. It’s an intriguing prospect—a $2 billion, crypto-powered sustainable tourism village that’s aiming to be completed by 2025. Akon believes that blockchain will help Africans become less dependent on their governments, saying that, “It brings power back to the people.” Others have expressed skepticism over whether Akon City will be the cryptopia that’s promised.