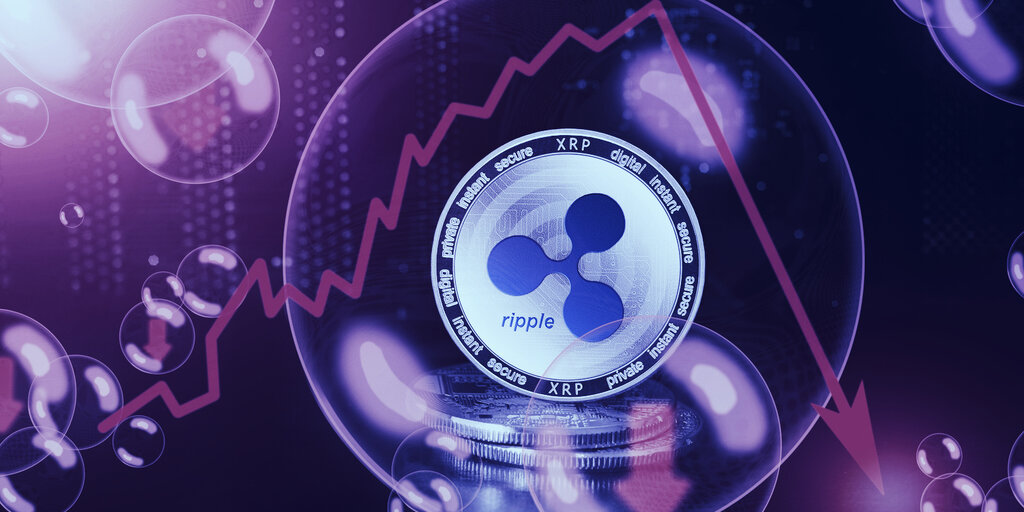 The price of XRP, cryptocurrency tokens that may or may not have been created by Ripple Labs, has lost around 18% today after several reports suggested that the US Securities and Exchange Commission (SEC) is preparing a lawsuit against the company.

According to a statement published earlier today by Ripple CEO Brad Garlinghouse, he expects the SEC to sue the company for selling unlicensed securities. At the time, XRP’s market cap stood at roughly $23 billion—it has decreased to $20.7 billion since then.

Today, the SEC voted to attack crypto. Chairman Jay Clayton – in his final act – is picking winners and trying to limit US innovation in the crypto industry to BTC and ETH. (1/3) https://t.co/r9bgT9Pcuu

“Today, the SEC voted to attack crypto. Chairman Jay Clayton – in his final act – is picking winners and trying to limit US innovation in the crypto industry to BTC and ETH,” wrote Garlinghouse, adding, “The SEC […] should not be able to cherry-pick what innovation looks like (especially when their decision directly benefits China).”

He concluded that Ripple is “ready to fight” and “this battle is just beginning.”

Is XRP a security? Ripple’s class-action lawsuit may not settle it

The SEC’s main issue with XRP reportedly lies with the token’s nature itself. While the regulator previously stated that cryptocurrencies such as Bitcoin or Ethereum are not securities, it didn’t rule out the rest of the market.

In the past, the regulator has already gone after several high-profile token projects on this premise. In April, the SEC’s lawsuit ultimately derailed Telegram Open Network by alleging that it’s $1.7 billion token sale was illegal. In October, cryptocurrency project Kin got a bit luckier and got away with “just” a civil fine of $5 million. But an ongoing lawsuit itself could be even more damaging.