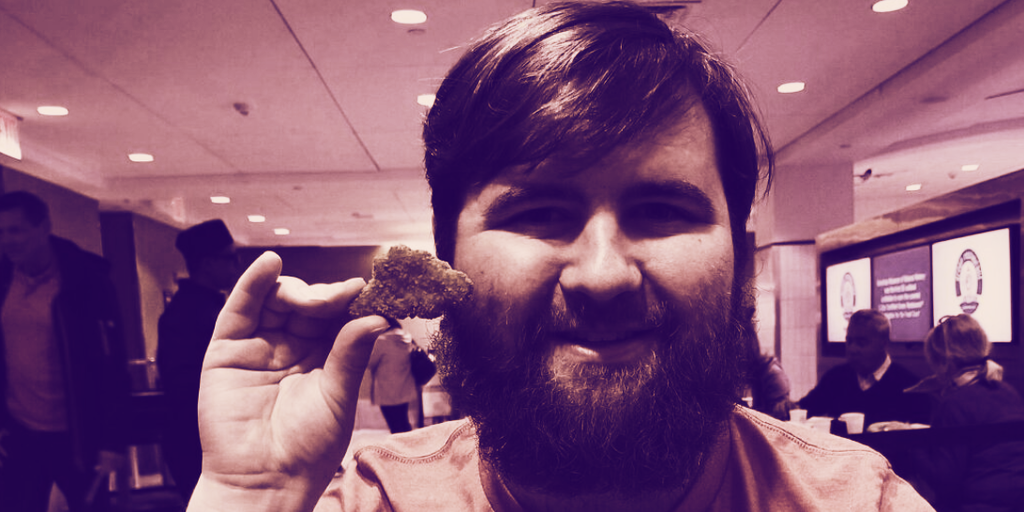 Hudson Jameson, who helps coordinate Ethereum’s Core developers, and functions as its ( unofficial) “communicator in chief,” announced today that he is stepping down from his role.

“After 4 years of facilitating the bi-weekly Ethereum Core Developer meetings (aka AllCoreDevs calls) I’ve decided to step down from that role,” he tweeted Monday. “The fantastic Tim Beiko will be replacing me in this role after the Berlin hard fork,” Hudson said at the start of the Twitter thread where he explains his decision.

Jameson joined the non-profit Ethereum Foundation in June, 2016 and worked as its liaison. In addition to helping orchestrate work on Etherum’s core infrastructure, the affable and well-regarded Jameson has also functioned as a kind of unofficial, but always available spokesperson for the decentralized Ethereum platform.

“Since Ethereum is a decentralized ecosystem there really isn’t a communication head or communicator in chief officially, but I do have the designation of Community Lead at the Ethereum Foundation,” he told Decrypt in an interview. He said that though he is leaving his post, he plans to stay on with the Foundation. “I’ll be helping out with the ETH 2.0 transition but in a different capacity and a less public-facing capacity than I am now.”

“A lot of me stepping back from the core developer liaison/facilitator role is stepping out of that and putting other people more in the spotlight and the roles to handle that kind of thing,” Hudson added. He cited “people like Tim (Beiko), James Hancock, and Pooja Ranjan from the Ethereum community [who] are going to be very essential in working with people from the ETH 2.0 team.”

Hudson said that he had been doing the role of ACD for so long that he was getting stale at it.

In his tweets Monday, Hudson said that “primarily, I am stepping back from being the ACD facilitator because I want to try new things, inside and outside of the Ethereum Foundation.”

“These meetings have really become a core piece of Ethereum’s governance system, for better or worse,” Hudson tweeted.  “I will always remember the successful (and somewhat successful) network upgrades, dry humor during calls, and that one time Ameen [Soleimani, Spankchain’s founder] tried to be a core dev.”

Hudson told Decrypt that he expected the transition would be smooth: “I’m not leaving tomorrow, I’m going to be working with Tim to get him acclimated to the role, he’s been my backup for some of the calls already.”

He said that he would continue to facilitate the core dev meetings until after the next Ethereum network upgrade, the so-called  Berlin hard fork. The hard fork is slated for Q1 or Q2 2021, after which Hudson will step away from the facilitator role altogether.