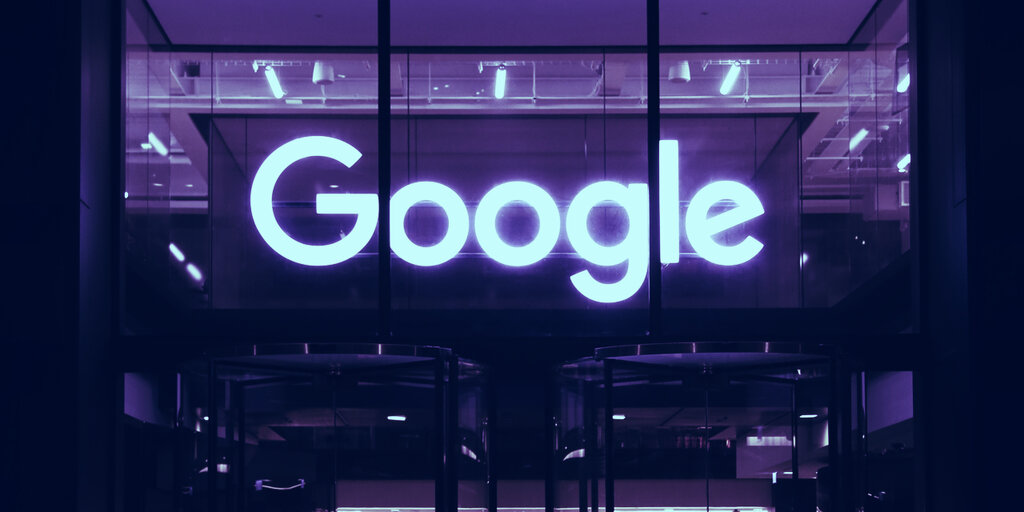 Last week, Google suffered a temporary outage, affecting some of the world’s most popular online services, including YouTube, Gmail, Google Assistant, and Google Drive. It was down only an hour, but the outage temporarily halted online work for many and illustrated the perils of modern online existence over-reliance on the search engine giant.

The event served as a timely reminder of the fragility of the underlying infrastructure that runs the web. It showcased just how impaired we all are when one of the tech monopolies falters, even just for a moment.

For the record, Google later confirmed the outage resulted from an internal issue rather than a cyber attack. According to a tweet from Google, “Google experienced an authentication system outage for approximately 45 minutes due to an internal storage quota issue.” The blackout shows just how much control and how far-reaching the effect of having a single point of failure in a centralized system can be.

Services and features critical to daily life were suddenly gone, with users having no idea—much less control over—when they might be back. Such centralized constructions of data and power show the long shadow the tech oligarchs cast over increasingly critical parts of our lives.

Decentralized architecture prevents this form of centralized control by design, making sure no one person can make a call, decision, update, or mistake that might affect billions of people. But explaining the advantages of decentralization to end-users is problematic, as these advantages of greater stability and resilience do not manifest themselves on a daily basis.

The early days of the internet

Only in times of critical failure, such as the one experienced by Google users last Monday, are the merits of decentralization highlighted. Nothing is more powerful than an idea whose time has come—with societal attitudes to power and big tech companies shifting, we should take advantage of the growing momentum and educate the world on the burgeoning Web 3 movement that will finally fulfill the promise of freedom and goodwill of the internet’s early days.

The first practical schematics of the internet arrived in 1969 with the creation of ARPANET. Originally funded by the U.S. Department of Defense, ARPANET tried to deliver the first message “LOGIN” from one computer to another, but they crashed after two letters were entered.

Over the course of 15 years, the technology continued to evolve after scientists Robert Kahn and Vinton Cerf developed the TCP/IP protocol. This communications model set standards for how data could be transmitted between multiple networks. With this fundamental protocol, a decentralized “network of networks” that became the modern internet emerged. The online world then took on a more recognizable form in 1981, when Tim Berners-Lee invented the World Wide Web—or Web 1, where one could access data online through a myriad of read-only groups of websites and hyperlinks.

This interaction carried us to the early 2000s, where the second generation of web-based services—Web 2—took flight. The transition to Web 2, dubbed the social web, was ushered in by advances in mobile technology with an emphasis on connectivity. Web 2 unleashed our capacity for social interactions into the digital realm.

Google Goes Down; Bitcoin Stays Up

As the development of next-generation technology continues to advance, we are now at the cusp of the web’s evolution into Web 3 and the re-decentralization of the internet.

Crossing the chasm to Web 3

Currently, Web 3 has only been accepted and utilized by a select group of developers, computer scientists, and crypto enthusiasts. If we want to cross the chasm, we must address the key issues hamstringing the jump—interoperability between blockchains, a complicated developer experience, a clunky user experience, and the problem of scalability.

As of late 2020, many blockchains exist but they are siloed, meaning they can’t communicate with each other. There exist band-aid solutions like centralized exchanges and platform DEXs, but these solutions are not ideal for Web 3.

For instance, centralized exchanges allow for the exchange of tokens across ecosystems, but they conduct transfers off-chain, in a centralized database, and can be hacked and fall victim to a central point of failure. Platform DEXs, such as the ones on Ethereum, allow for the permissionless exchange of tokens, but the transaction throughput and fees of Ethereum largely bottlenecks these activities.

In order for blockchains to continue to thrive, there needs to be a proper inter blockchain communication standard. This will serve to connect the global economy to blockchain, fostering the growth of financial instruments, tokens, protocols, and other use cases that can bring us closer to the decentralized Web 3.

Further, we need to architect a friendlier developer experience, and documentation needs to be more approachable to people who don’t necessarily live and breathe blockchain 24/7. Developer tooling needs to mature in order to match the quality and ease of use of Web 2 tooling. Similarly, crypto mining and chain validation has a much higher barrier of entry compared to the Web 2 analog of deploying a web application on the cloud.

What the Google Antitrust Lawsuit Means for Web 3

Building a blockchain application needs to become as easy as building a web app, but the question remains: how do we get there?

The barrier to entry to the crypto sphere is quite high, often hampered by the complicated, at times verging on daunting, user experience (UX). Getting people’s hands on cryptocurrency is still difficult, and while fiat currency onramps to crypto exist, onerous KYC regulations prevent a large number of people from getting access to these onramps.

A lot of this complexity also comes down to the education element, because teaching the everyday user to secure their tokens is still not intuitive. These usability issues are well illustrated by the emergence of decentralized finance (DeFi), which is booming at the moment. Although DeFi is huge in crypto spheres, it’s extremely difficult to get into as a newcomer. We need to think about how we can open DeFi to a larger audience—this ultimately comes down to building a better onramp and refining the front-end user experience.

Finally, in order to support hundreds of thousands or millions of users, scalability is an essential piece of the adoption puzzle that should not be overlooked. Simply put, the single chain model of Ethereum is not enough. Take again the DeFi example, while the hottest thing to do with tokens on Ethereum, these transactions are burdened by high costs at over $100 each, and a global throughput of only a measly 15 transactions per second.

We need to reinvent the wheel and consider what it takes to cross the chasm to Web 3. In order to do so, we need to address the siloed nature of blockchains and focus on interoperability, address the limitations to current developer and user experiences, and solve issues around scalability.

We’ve come a long way in 2020, and I’m excited about what next year will bring us in terms of innovation. Now let’s get back to work to make the improvements we need.