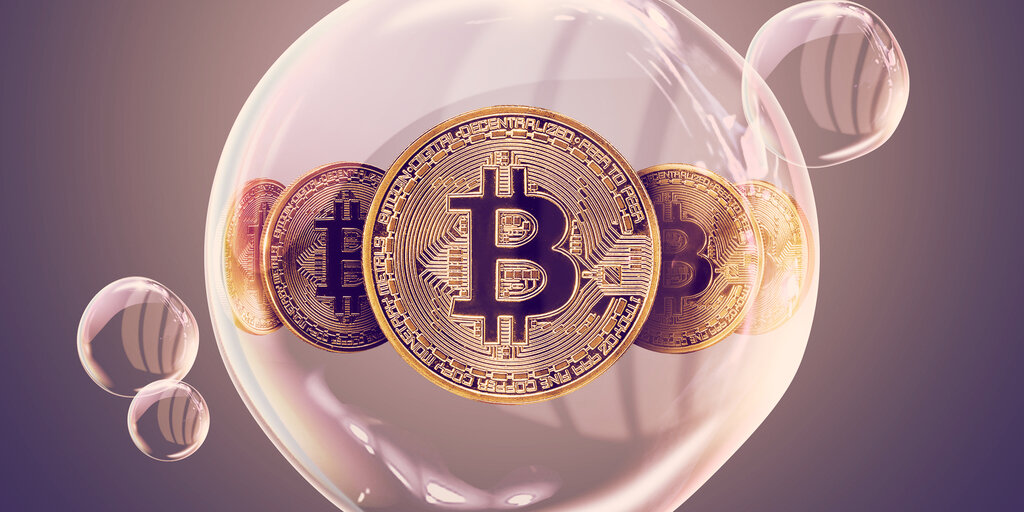 David Rosenberg, founder and chief economist of Rosenberg Research, has yet again brought up the question of whether Bitcoin is a bubble on Twitter today. This comes after Bitcoin broke a new all-time high today above $24,000.

So one Bitcoin buys you 500 barrels of oil, a Honda Civic or half a year’s wage. But there’s no bubble. Sure thing.

“So one Bitcoin buys you 500 barrels of oil, a Honda Civic or half a year’s wage. But there’s no bubble. Sure thing,” wrote Rosenberg to his 114,000 Twitter followers.

In a recent interview with Bloomberg published on December 17, Rosenberg similarly suggested that Bitcoin is in a “massive bubble,” noting that most people don’t even know who actually created it or how it is mined.

“So it’s just the classic ‘follow the herd,’ extremely crowded trade. It’s in a massive bubble and everybody seems to believe that, you know, we’re gonna get to that 21 million cap on the supply constraint,” said Rosenberg, adding, “But there’s really nothing in the protocol to suggest that the supply of Bitcoin can’t go up once we hit that limit.”

Comparing Bitcoin to gold, he asserted that while there is a well-known supply curve of the precious metal, Bitcoin can’t offer its holders the same level of certainty.

Replying to his latest tweet, some crypto experts, such as Ari Paul, co-founder and chief investment officer of BlockTower Capital, pointed out that traditional fiat currencies are arguably not bubble-proof either.

And the interest on much of the world’s debt buys you….nothing. But there’s no fiat bubble

“And the interest on much of the world’s debt buys you….nothing. But there’s no fiat bubble,” Paul tweeted.

Other users, perhaps more on a “Bitcoin maximalist” side of the scale, reacted a bit less courteously.

As Decrypt reported, Bitcoin’s ability to turn even its most vocal critics around is unrivaled. For example, an early Uber investor—who once suggested that Bitcoin has a 60–70% chance to lose all its value—today asked his followers whether it’s a good time to buy some. Looks like this ten-year bubble is still growing steadily.