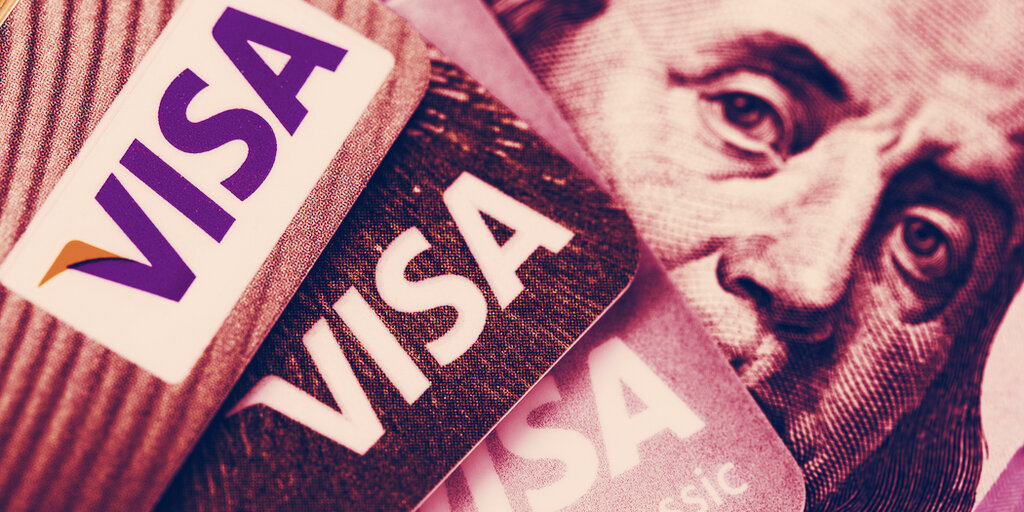 The payments giant’s paper, “Towards a Two-Tier Hierarchical Infrastructure: An Offline Payment System for Central Bank Digital Currencies,” acknowledges the benefits of CBDCs—but says they should, when they finally become available, be able to be made without an internet connection.

CBDCs are digitalized forms of fiat currencies that could run on a blockchain, but don’t necessarily have to use distributed ledger technology. Unlike cryptocurrencies like Bitcoin and Litecoin, a CBDC would likely be controlled by a single entity (such as the Bank of England).

In order for payments to be made offline, Visa proposed a system that would use “open source technology and public key infrastructure” so transaction messages could be signed without the need to be connected to the internet. The proposal outlines a protocol that can be developed in the future—but no code for such an idea has been written yet.

“Recipients can submit signed, offline payment messages to an authorized wallet provider with guaranteed settlement of those transactions in order to withdraw funds from the offline payment system,” the paper reads.

According to Visa, one of the main reasons central banks are exploring digital currencies is because it would help connect unbanked individuals to a “vibrant ecosystem of accessible Fintechs and other financial products.”

The idea is that an offline payment system “creates an experience similar to physical cash,” says Visa. “But instead of paper in your wallet, it’s bits and bytes in your phone.”

Despite the research conducted by Visa, it is only really that—research. Most countries interested in such a technology are still in the very early stages of developing a CBDC.

Some countries are further along. The Bahamas launched the first phase of its own digital currency in October and Chinese citizens are taking part in trials of a digital yuan.