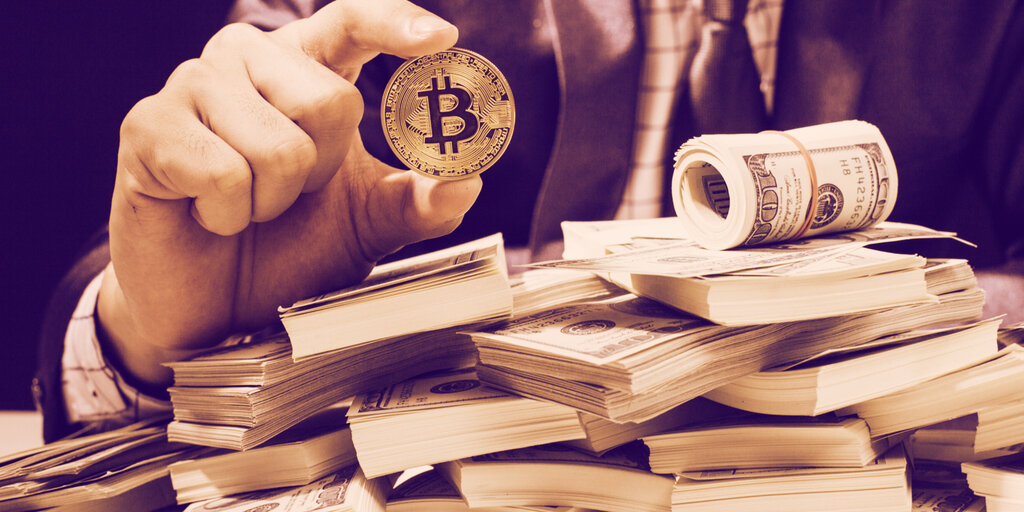 The regulated firm has been attracting an incredible amount of institutional money. In the last week alone, the firm’s holdings grew by approximately 56,000 Bitcoin, with the Grayscale Bitcoin Trust now looking after a total of $11.1 billion in Bitcoin.

That lump sum is 2.7% of Bitcoin’s total supply.

12/16/20 UPDATE: Net Assets Under Management, Holdings per Share, and Market Price per Share for our Investment Products.

So much Bitcoin has been flooding into the firm—from both old and new investors—that Barry Silbert, CEO of Digital Currency Group, which owns Grayscale, contends it is the “fastest-growing asset manager of all time.”

I contend that @Grayscale is the fastest growing asset manager of all time. Prove me wrong

In this article, we look at who is investing via Grayscale, where the money is coming from, and what’s accelerating this trend.

What is the Grayscale Bitcoin trust?

The Grayscale Bitcoin Trust (GBTC) is Grayscale’s wildly popular Bitcoin offering. It currently trades at $23.25, and per official documents, holds 0.00095 Bitcoin (worth $20.89 as of December 17) per share. These shares are locked for six months after the date of purchase, meaning investors can’t sell before that period.

84% of all GBTC buyers are institutional investors, as per a Grayscale report from earlier this year. The remaining investors are family offices, retirement accounts, and smaller hedge funds.

Some of the big investors, as per a recent US SEC filing, are $5.4 billion asset manager Horizon Kinetic and $4.5 billion fund ARK Invest. ARK holds over 8 million GBTC over two funds, while Kinetic holds 5.1 million GBTC over four different portfolio offerings.

There’s then the crypto-focused players. Filing data shows crypto lending firm BlockFi owns 5.07% of all issued GBTC, while Singapore-based fund Three Arrows Capital owns 6.26%. Together, the two entities own over $1.3 billion of GBTC—or about $750 million worth of Bitcoin.

The fund itself moves in tandem with Bitcoin prices. Investors have made 29% in the past month and 184% in the past year via the GBTC alone—compared to the US S&P index which returned 12% to investors since January 2020.

Why is Grayscale sucking up so much Bitcoin?

Institutional money is flowing into GBTC as it’s currently one of the only publicly traded Bitcoin instruments in the US.

“Certain institutional investors still have restrictions about investing in cryptocurrencies directly, so Grayscale offers a regulated proxy to allow them to gain indirect exposure to the asset class without needing to worry about self-custody or insurance,” explained Nick Cote, market analyst at crypto trading platform Hrxo Labs, in a note to Decrypt.

The product is fully regulated and registered with the US Securities and Exchange Commission, and can even be held as part of an Individual Retirement Account (IRA) in the US.

Such features enable institutional investors, IRAs, and family offices to gain exposure in a regulated manner to Bitcoin’s price movements and use it as a hedge against inflation—minus the drawbacks of using an unregulated crypto exchange or dealing with custodians.

Software firms like MicroStrategy and Square have further pushed the baton ahead. MicroStrategy used its company treasury funds to purchase 40,824 Bitcoin (≈$903 million) in September this year and raised a further $650 million last week to buy more, while Square purchased $50 million worth of the asset in October.

Coronavirus Has Been Good for Bitcoin: Grayscale Investor Study

But getting exposure to Bitcoin isn’t the only reason the shares are so popular.

GBTC trades at a 25% premium to the spot price of Bitcoin, one that opens up an opportunity for an “arbitrage” trade. The premium itself becomes the play for speculators, which ends up helping GBTC’s liquidity in the process.

The basic trade works like this: Investors both short (bet for lower prices) freely trading GBTC shares, which trade at a huge premium, and go long (buy) on GBTC shares (which are locked up for six months). As Bitcoin (and GBTC) prices increase, the short position balances out with the long position, and investors end up capturing the 25% premium.

The trade is a popular one as well. Raoul Pal, CEO of financial analysis firm Real Vision, said, “All the hedge funds are doing this.”

Some, like Harris Kupperman, founder of macro hedge fund Praetorian Capital, argue the arbitrage play pushes up the prices of spot Bitcoin.

“Bitcoin keeps going into GBTC because the shares trade at a premium to net asset value, which incentivizes [those performing arbitrage] to buy GBTC at the daily offering at the net asset value and then find a way to hedge the exposure and lock in a risk-free return,” he told Decrypt, adding that such a product is attracting a different class of buyer to Bitcoin.

Peter Schiff, a gold investor and Bitcoin critic, attributes Bitcoin’s recent run to $19,800 to the GBTC arbitrage trade as well. “Since its own buying has pushed up the price of Bitcoin, more buyers are suckered into the market to get in on the action,” he said in a tweet on December 2.

This process can repeat until the bubble pops, and demand for GBTC dries up. Once GBTC speculators want out, GBTC shares will trade at a discount. That means Grayscale will stop issuing new shares, which means it will no longer be buying more Bitcoin in the market.

What next for GBTC?

Despite the allure, an arbitrage bet on GBTC may not be a trade that continues into perpetuity. Research by crypto exchange Bybit earlier this year said the premiums could diminish as newer products, such as Wilshire Phoenix’s Bitcoin exchange-traded fund, make their appearance.

Pal concurs, “In the end, what will happen is an ETF will come out and the premium in Grayscale will collapse. And the arbitrage will go away. But right now it’s because there’s a rarity.”

The shares themselves could also see rampant selling if Bitcoin were to correct to a lower price or when the lock-in periods end. This was last seen in late-2017, when GBTC fell from $38 to $9 in a month as the infamous Bitcoin bubble burst, below falling to an all-time low in the months after.

Until then, the wheel is expected to keep spinning. Kupperman said, “It is stunning that despite hundreds of millions deployed into this arbitrage trade lately, the spread keeps blowing out. The FOMO is just so powerful that the arbs cannot close it (yet).”