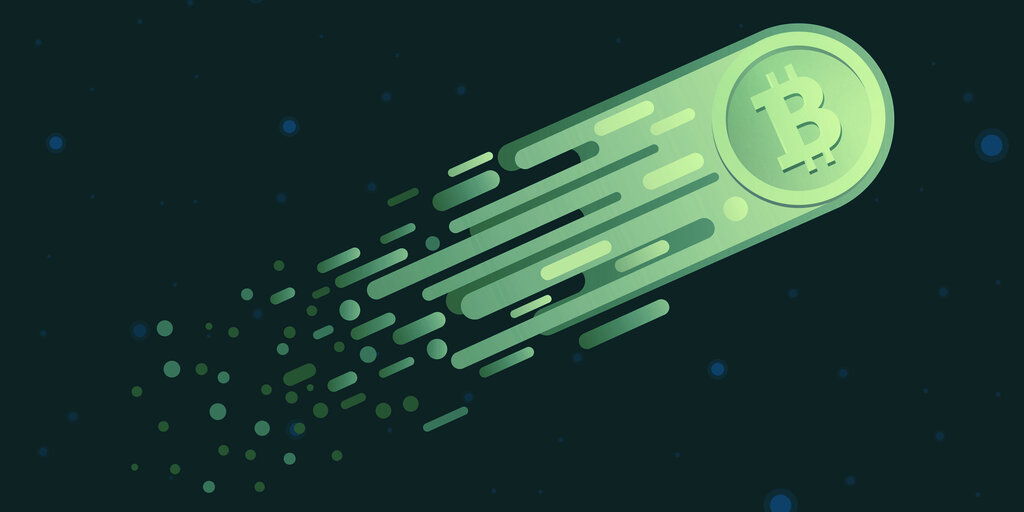 The price of Bitcoin has reached another historic milestone today, surging over $21,000—and breaking a new all-time high. At press time, Bitcoin is trading just above $21,000 and is up 14% on the day.

According to Gunnar Jaerv, COO of digital asset custody provider First Digital Trust, today’s rapid increase in Bitcoin’s price is likely a result of major institutional investors entering the crypto market and purchasing a portion of BTC’s limited supply amid a bull run.

“Investors like the Guggenheim Partners, who recently declared they may be investing up to $530 million or half a billion dollars into a Bitcoin trust, is evidence that Bitcoin is no longer the mirage it used to be—it is truly becoming the oasis in the desert,” he added.

As Decrypt reported, the price of Bitcoin has already set a new record earlier today when the crypto broke above $20,000.

“Once Bitcoin broke that very entrenched psychological barrier of $20k with enough momentum, the new ceiling will set simply by demand without a thought about where that next resistance level will be—for now at least,” Jason Deane, analyst at Quantum Economics, told Decrypt.

He noted that demand has been growing significantly in the last few weeks as institutional announcements “have come thick and fast, creating an institutional FOMO-driven race to secure as much Bitcoin as possible as part of their treasury assets.”

Bitcoin Price Smashes Through $20,000 as Bull Run Gets Underway

Soravis Srinawakoon, CEO and co-founder of cross-chain data oracle Band Protocol, also pointed out that cryptocurrency-focused infrastructures are much more developed today than they were in late 2017—when Bitcoin’s price has set its previous record.

“The simple truth is that the price of Bitcoin attracts more people to cryptocurrency, institutionally as well as retail. When this happened in 2017, there was a real lack of products for the new converts to experience, whereas today there are endless uses, protocols, services across farming, lending, standard trading etc,” Srinawakoon told Decrypt.

“Therefore we’d expect to see the new adopters hang around this time,” he added.