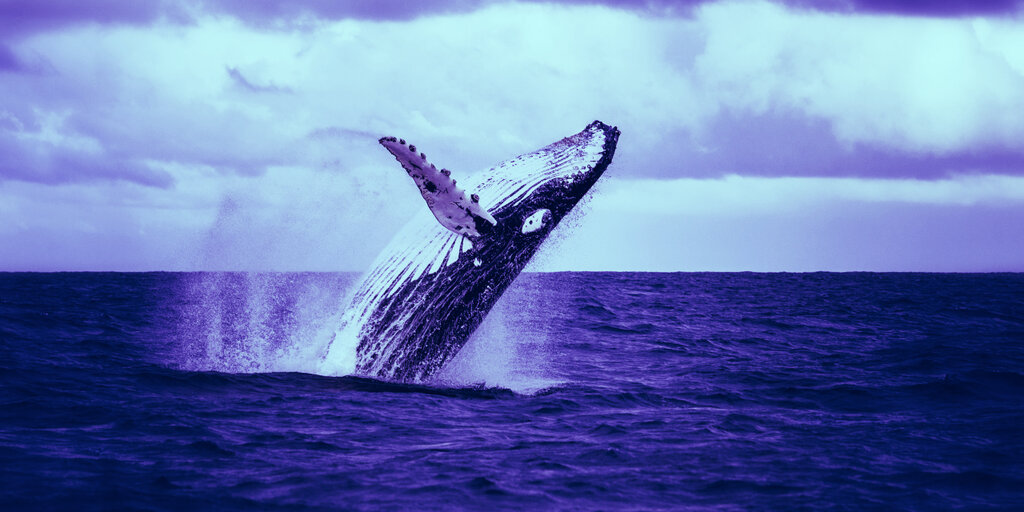 Those institutional investors that Bitcoin fans have waited for so long? They’ve been here for months; on the day Bitcoin broke past $20,000, another whale just announced his arrival. And he’s not the only one.

Eric Peters, CEO of One River Asset Management, told Bloomberg that his fund will hold about $1 billion of Bitcoin and Ethereum at the beginning of next year, and that he bought his BTC and ETH up until the first half of November, before Bitcoin hit $16,000.

“There is going to be a generational allocation to this new asset class,” Peters told Bloomberg. “The flows have only just begun.”

Peters hid his trades to prevent prices of BTC and ETH from spiking, he reportedly told Bloomberg.

If traders knew that Peters had filled his deep pockets with crypto, they might have sung his name from the rooftops and sounded the alarm of a bull run, just like they did with Michael Saylor, the CEO of MicroStrategy, who this past summer bought $500 million worth of Bitcoin, and plans to buy up to $650 million more.

Just yesterday, Ruffer LLP, a London-based investment firm, disclosed that it had allocated 2.5% of its assets under management to Bitcoin. That amounts to $744 million of Bitcoin, Ruffer confirmed to Coindesk today.

Bitcoin’s current price is $20,753, according to data from CoinMarketCap. It has increased by 7.17% in the past 24 hours, and doubled in price since the end of September. Its market cap is now $385.4 billion, which is enough to top that of the seventh-largest bank in the world, JPMorgan.