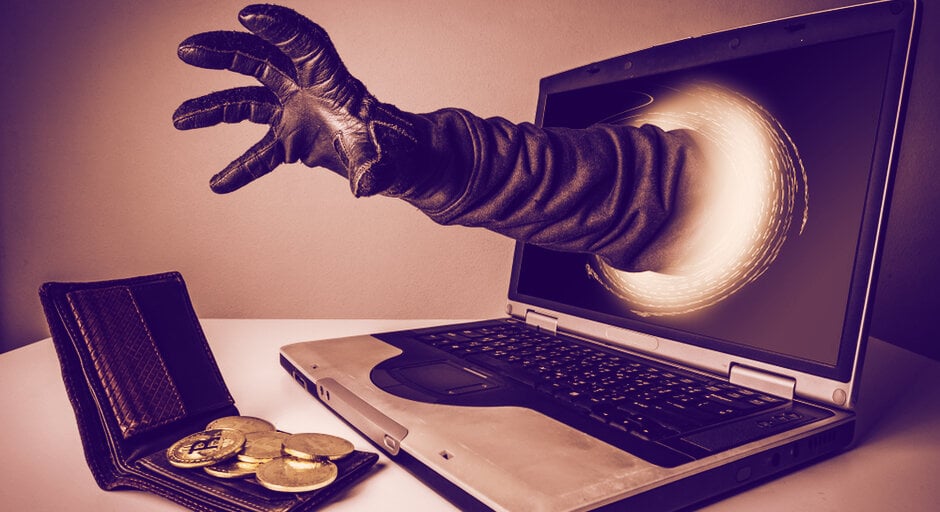 The hacker used a combination of a modified Metamask and hardware wallet to trick Karp into signing a transaction that directed funds to the attacker’s address. Described as a “targeted personal attack” by Nexus Mutual, and a “very nice trick” by Karp himself, new data sheds light on exactly what happened.

According to Scorechain, the hacker has been busy converting the stolen NXM into Bitcoin. This is how he did it.

First, the hacker converted the stolen funds to wrapped NXM, which was then moved to an address ending in 2e2b. What followed were multiple swaps using decentralized exchange Uniswap, through 1Inch Exchange. According to Scorechain, this was done to “find optimal swap routes,” meaning that the hacker was trying to find the best price to sell the stolen funds.

After selling the wrapped NXM to ETH, the hacker made another move, swapping the ETH to renBTC, a token that is part of the Ren Protocol project. RenBTC is a decentralized representation of Bitcoin within the Ethereum network. The hacker exploited renBTC in order to convert the stolen funds into Bitcoin.

The hacker did this by burning the renBTC to receive Bitcoin in three separate transactions, all of which occurred today.

Consequently, according to Scorechain, the hacker is now in possession of 147 Bitcoin. By current prices, this represents a total of just under $2.9 million.

This is not the first time a hacker has used renBTC to convert stolen funds into Bitcoin.

In October of this year, a hacker attacked Harvest Finance, a decentralized finance (DeFi) protocol. The attacker exploited about $24 million from the protocol before using renBTC to convert the stolen funds to Bitcoin.

“The ‘interesting’ thing in this case is again the use of the RenBTC protocol as it has been the case for the Harvest Finance hack,” Lisa Boussard, marketing team leader at Scorechain, told Decrypt.

According to Scorechain, the hacker is still to cash out 198,000 NXM, meaning he still has half the stolen funds to move.