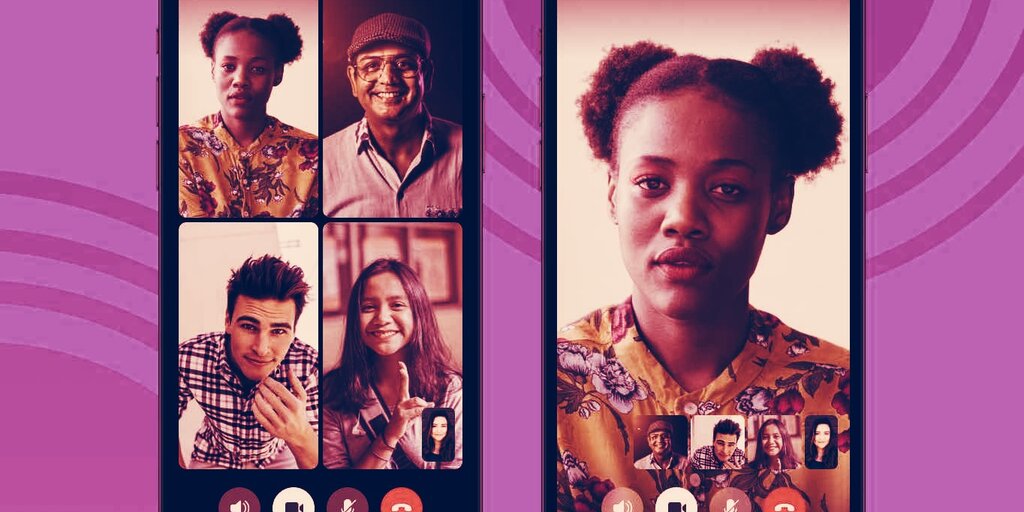 Famed National Security Agency (NSA) whistleblower Edward Snowden knows a thing or two about the need for safe, secure communication, given his flight from the United States in 2013 following extensive leaks of classified information and his ongoing asylum in Russia.

Unsurprisingly, he’s a big fan of encrypted messaging app Signal, and the app’s website quotes him (“I use Signal everyday”) above all other testimonials.

Today, Signal rolled out the ability to hold group encrypted video calls, and Snowden has already weighed in on the new addition: “I have been waiting for this for a very long time,” he tweeted.

I have been waiting for this for a very long time: https://t.co/qxbuAxNEwB

Luckily, you don’t have to be a notorious fugitive to use Signal’s group encrypted video call feature, which lets up to five people join in for a shared chat. Group calls are encrypted end-to-end, “like everything else on Signal,” notes a blog post, and you can opt between viewing a grid of the up to four other participants or have the app focus on whoever is speaking at any given time.

The feature is available now on both iOS and Android, and only in “new style Signal groups.” Older groups on the app will automatically be updated to the new format in the coming weeks. According to the post, Signal is working to expand the number of participants beyond five, but there’s no ETA on when that might happen.

The addition of group video calls comes amidst the ongoing COVID-19 pandemic, during which video chat services such as Zoom have become immensely popular. With many people working from home these days, schools doing remote e-learning, and gatherings of all sorts canceled, the ability to now hold those group video calls via Signal may provide some with additional peace of mind given the end-to-end encryption.

“2020 has seen its fair number of challenges and changes,” reads the post. “We’ve all adapted to new ways of staying in touch, getting work done, celebrating birthdays and weddings, and even exercising. As more and more of our critical and personal moments move online, we want to continue to provide you with new ways to share and connect privately.”

Edward Snowden Confirms He Was Right About Bitcoin

Demand for Signal has also surged this year due to protests, such as those following the murder of George Floyd by Minneapolis police. Downloads of the app soared in the United States in late May, and in early June, the app added the ability to censor faces in shared photos to avoid potential police surveillance.