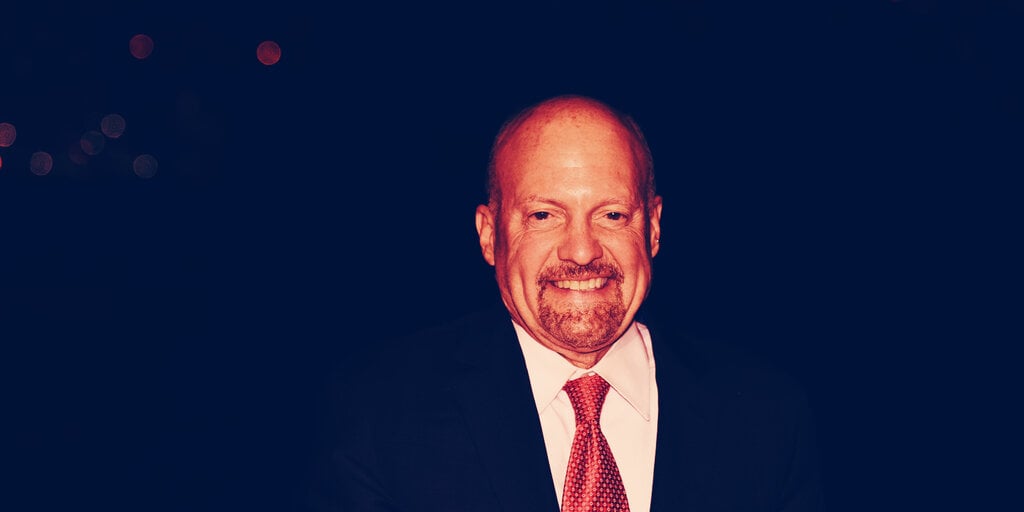 Jim Cramer, the host of CNBC’s Mad Money and founder of financial news site TheStreet, explained in an interview on his news site why he chose to invest in Bitcoin.

“You want to diversify into all sorts of asset classes,” said Cramer, who did not disclose the size of his investment.

“It’s not a big position for me, but it’s certainly important to be diversified and Bitcoin is an asset. And I want to have a balance of assets,” he said.

For hesitant investors, Cramer said “there’s ample literature” about Bitcoin, but that the history of Bitcoin’s volatility tells its own story.

good level for people to start who do not have any .. thanks @APompliano https://t.co/RKzwMzk780

“It got too much money; it got too hot”, said Cramer about Bitcoin’s initial rise in 2017, which preceded a huge crash at the start of 2018, so “there’s no reason not to wait for it to come down again.”

Since Cramer’s investment, Bitcoin has risen to $19,195, a 3.72% increase in the past 24 hours. Bitcoin is the largest cryptocurrency by market capitalization.