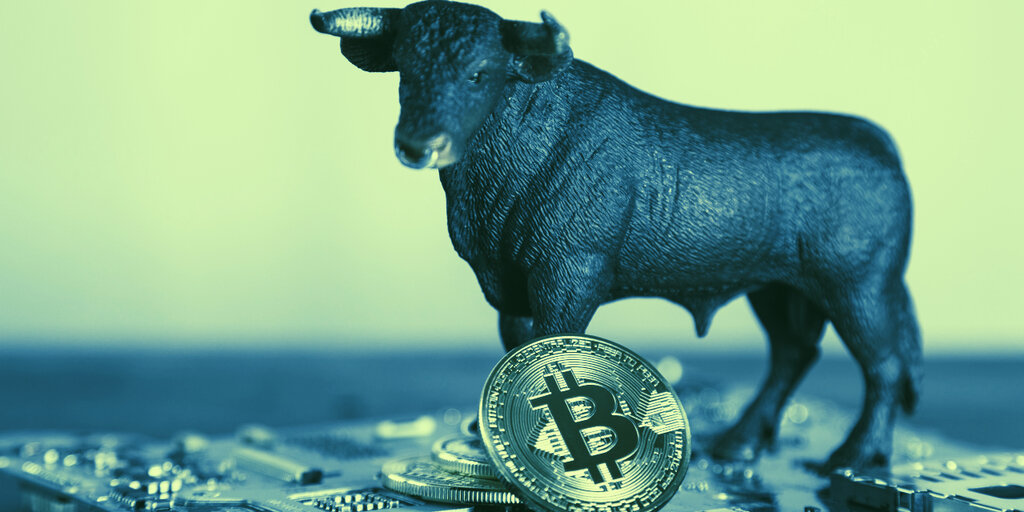 Professional traders, whales, and institutions made the most of Bitcoin’s recent bull run, while retail traders were largely just along for the ride, according to a new report from OKEx’s data arm.

The report, which looks at trading data on the OKEx cryptocurrency exchange from August through the end of November, concludes that traders dealing in amounts greater than 2 Bitcoin have been cashing out, taking a more measured approach as smaller traders have kept buying in.

Data from OKEx doesn’t represent the whole market, but it’s a solid indicator—its trading volume over the past 24 hours exceeds $1.3 billion, and CoinGecko and CoinMarketCap have each given the exchange a relatively high trust rating.

“While a single whale may easily execute a few $100,000 trades a day,” according to the report, “a large trader with only about $100,000 in trading capital can theoretically do the same. The same is true for institutions, which are known to conduct large buys and sells—but those trades could also be attributed to whales.”

Rather than trying to parse that out, the report works with a general rubric: trades under 0.5 Bitcoin can be attributed to retail traders, trades between 0.5 Bitcoin and 2 Bitcoin are professionals, between 2 BTC and 10 BTC are “large traders and whales,” and any movement above 10 BTC can be chalked up to institutions.

Trades below 0.5 Bitcoin represented the highest volume of OKEx transactions during this four-month period, and retail traders, after a price drop in September, “have been following the price surge and have been net buyers on most days—all the way to the new all-time high.”

In November, as the price of Bitcoin ascended to that new all-time high, retail and professional traders bought in, while whales and institutions cashed out.

Here’s what OKEx had to say about that: “This behavior can be explained by Bitcoin’s first unsuccessful attempt to test its 2017 all-time high on Nov. 25, which resulted in a steep drop and the crash around Thanksgiving. The psychological resistance here, as well as the need for risk management, may have prompted whales and institutions to unwind their positions at these levels while retail and professional traders continued to remain hopeful.”

The sustained volume of retail trades may be a decent barometer of general interest in Bitcoin, but this report suggests it’s the bigger traders that ultimately drive the market.

The recent slump in the market appears to bear that out: while Bitcoin was poised to exceed $20,000 at the end of November, the price has fallen below $18,000 as whales continue to dump.