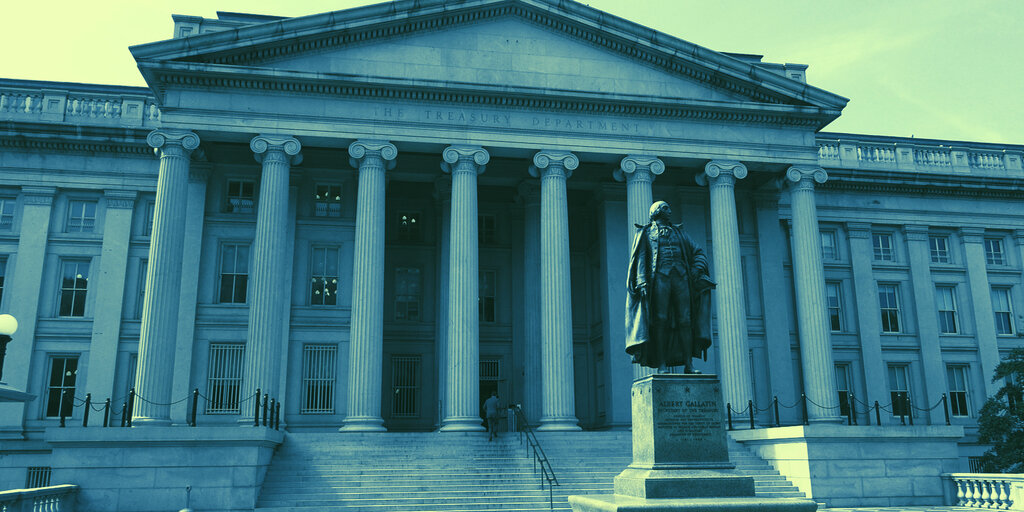 Circle CEO Jeremy Allaire sent a letter to senior staff of the US Treasury Department yesterday appealing for the quicker regulation of cryptocurrencies and blockchain protocols in the country, stating it could lose out if it didn’t act on the emerging technology.

1/2 Earlier today I sent this letter to the Senior Staff of the US Treasury Department. This is a critical moment for the crypto and digital currency industry. The US govt may be putting a massive transformation at risk. @stevenmnuchin1 @USTreasury https://t.co/fGdv0kgvw2

USD Coin (USDC) was one of the cornerstones of the letter. As one of the only regulated stablecoins—or cryptocurrencies fully backed on a 1:1 basis with a fiat currency—the product is backed by over $3 billion and completed $250 billion in settlements in 2020 due to increased demand.

Allaire, whose firm is one of the two founding members of USDC, said the current crypto market was reminiscent of his experience with the internet sector in the early-90s—one that transformed how the world interacted with media, technology, and finance.

“It’s 1996 all over again, and this time we are on the brink of dramatic breakthroughs on how value exchange and economic activity can be organized and executed around the world, built upon the fundamental innovation of the public blockchain network,” he wrote.

Allaire added that USDC’s rise proved that an open financial system was both possible and could transform global markets similar to how the internet did, given more favorable regulations.

He also turned the Treasury’s attention towards rumored regulations of self-hosted crypto wallets.

USDC Is Growing Faster Than Tether Amid Stablecoin Boom

However, Allaire claimed that most industry participants were already focused on eliminating financial fraud, and such regulations could effectively hamper the market’s growth and the US would lose out to countries like China.

He wrote, “With all due respect, I believe the proposal would inadequately address the actual risks that are at issue, would significantly harm industry and American competitiveness, would continue to yield economic and industry advantage to Chinese firms, and would have significant unintended consequences around the broader use-cases for this technology.”

To curb such issues, Allaire proposed the use of blockchain-based identity protocols that (supposedly) provide more accountability than traditional banking systems and employ strict Know-Your-Customer (KYC) checks to both ensure compliance while preserving financial privacy.

He further asked regulators to consider software and blockchain solutions in any upcoming regulations or laws, adding the development of such protocols would require “1-2 years” but ultimately “enable the U.S. to continue to lead the world with advancements in blockchain technology.”

But the regulators might have an entirely different view.