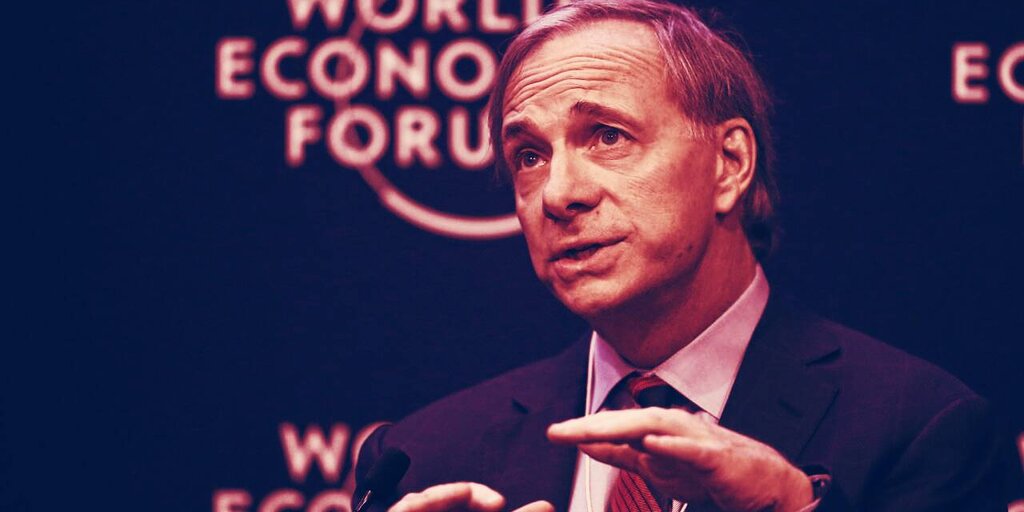 Maybe famed investor Ray Dalio is softening his stance on Bitcoin, if only just a little.

In a reddit Ask Me Anything session today, the founder of hedge fund Bridgewater Associates was asked whether Bitcoin was an answer to economic inequality caused by the US monetary system.

Sidestepping the question slightly, Dalio focused on what individual investors can do to protect their assets—and, presumably, keep pace with billionaires like Dalio. One way: Buy a little Bitcoin.

Ray Dalio Wants You to Change His Mind About Bitcoin Investing

“I think that bitcoin (and some other digital currencies) have over the last ten years established themselves as interesting gold-like asset alternatives,” he said, “with similarities and differences to gold and other limited-supply, mobile (unlike real estate) storeholds of wealth.”

“So it could serve as a diversifier to gold and other such storehold of wealth assets. The main thing is to have some of these type of assets (with limited supply, that are mobile, and that are storeholds of wealth), including stocks, in one’s portfolio and to diversify among them. Not enough people do that.”

Last month, Dalio suggested Bitcoin isn’t a great store of value due to its high volatility—and potential to be outlawed by governments—but he also stated, “I might be missing something about Bitcoin so I’d love to be corrected.”

His latest comments certainly recognize the utility of Bitcoin as an inflationary hedge, but he’s still closer to being in the same camp as billionaire Steve Forbes, who last week opined on the virtues of gold and called Bitcoin “too volatile to be a long-term store of value.”

This is his most progressive take to date.

“As far [sic] bitcoin relative to gold,” concluded Dalio, “I have a strong preference for holding those things which central banks are going to want to hold and exchange value in when they are trying to transact.”