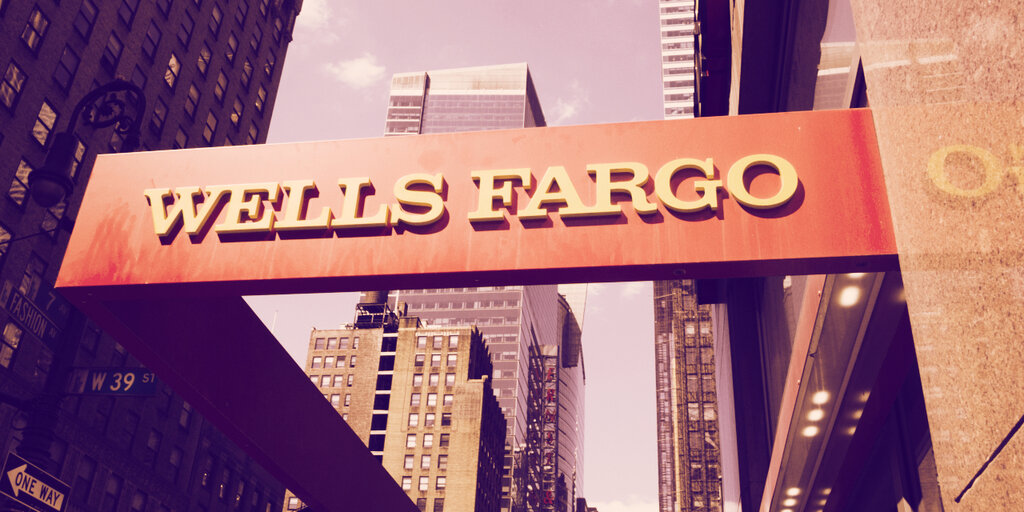 After a year that has seen the price of Bitcoin bounce from a pandemic panic-dinged low near $5,000 and a recent all-time-high just shy of $20,000, one of the traditional banking giants says that maybe cryptocurrency is worth paying attention to after all—and that it’s not a fad.

In a new investment strategy report posted yesterday, Wells Fargo—the world’s fourth-largest bank by market cap—offered perspective on Bitcoin and the wider cryptocurrency market. And while it’s hardly a recommendation, the report at least strikes an optimistic tone about what it sees as a potential future for wider investments in cryptocurrency.

“Over the past 12 years, they have risen from literally nothing to $560 billion in market capitalization,” the report reads. “Fads don’t typically last 12 years.”

The crypto faithful might roll their eyes at such a discussion, but Wells Fargo’s audience here is mainstream investors, and most of them probably aren’t holding onto a stash BTC or ETH. The report leads with Bitcoin’s immense 2020 gains, noting a 170% year-over-year price increase over last year, but then tempers enthusiasm by pointing out the price volatility seen over the last few years.

“If you feel left out of the gains, don’t. The chart highlights that bitcoin has indeed outperformed gold and the S&P 500 Index over the last three years, but look at the volatile journey bitcoin investors had to endure to get there,” it reads.

“Up until only two months ago, three-year total returns were pretty much the same among the three assets, but volatility differed. Cryptocurrency investing today is a bit like living in the early days of the 1850’s gold rush, which involved more speculating than investing.”

A provided indexed value chart shows Bitcoin, gold, and the S&P 500 Index all starting at the same point and all landing in a similar place after nearly three years. However, the Bitcoin line suddenly jumps up much higher right at the end, signifying the immense price boost seen over the last month and a half.

Ultimately, Wells Fargo seems optimistic about crypto’s future, adding, “Cryptocurrencies could become investment-worthy one day, though.” Furthermore, the firm suggests that it will pay more attention to the crypto space in 2021 and provide more perspective for potential investors.