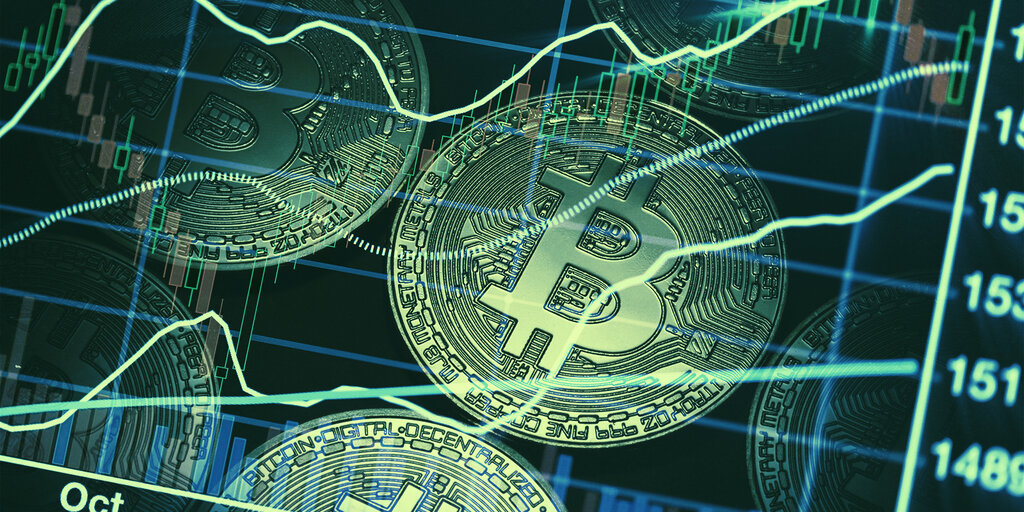 It was a quiet day in crypto overnight as the frenetic activity from the last few weeks seems to be simmering down.

The global market cap of cryptocurrencies ticked down by just 0.99% in the last 24 hours as most currencies in the top 20 saw minor losses.

Bitcoin is down 0.58% at the time of writing, taking its 7-day rolling average to a 1.44% loss. Ethereum slipped marginally too overnight, dropping 0.91% despite its record-breaking run over the last few weeks.

But further down the crypto cap charts, things are looking a little starker. XRP is down nearly 2% taking its weekly losses to 7.5%, Bitcoin Cash, EOS and Tron have all lost 10% in the last week, and Stellar an eye-watering 15%.

XLM had up until two weeks ago, been climbing steeply. In one week it was up 111% up, and in one day it leapt 60% thanks to its connection with XRP.

But when Bitcoin’s price teeters around a fixed point, the wobbles tend to hit alt-coins harder as investors feel uncertainty may be creeping into the market. While that relationship has weakened in recent months, it’s still a useful indicator.

Over in Futures Markets meanwhile, opinions are firmly split over where the market will move to next. While the overall sentiment remains in the buy camp, there are a number of metrics that suggest Bitcoin is becoming overbought.

Looking at the oscillator index – which looks at two different moving averages to get an indication of whether an asset is being overbought or oversold – sentiment is now “sell”.

And on the Mayer Multiple, a measure of whether Bitcoin is in a bubble, while things are far from over-inflated, the charts are continuing to move in that direction.

But the fear and greed index meanwhile, has sat at record highs for the past few days, with an “extreme greed” score of 95. Is this just hubris or is there still a chance Bitcoin can breakthrough the psychological $20,000 barrier just in time for Christmas? Only Santa knows.

The tech-centric Nasdaq stock exchange broke new records as investors moved their money to tech stocks and away from companies found on the S&P and Dow markets.

The FAANG companies – Facebook, Apple, Amazon, Netflix and Google – have become safe havens during the lockdown as their services rely little on high street retail to drive sales.

As we explained last week, the divergence between stock market performance and that of the economy has been widening over 2020. The economic slowdown of the US economy has continued to bite, especially around job creation and consumer spending.

COVID cases have been averaging 200,000 per day in the US over the past week, and daily death rates surpassed 2,000, approaching levels found in early April.

But investors are banking on record low-interest rates to allow cheap borrowing, an expected $1 trillion stimulus bill and low inflation to set the stage for a record-breaking 2021.