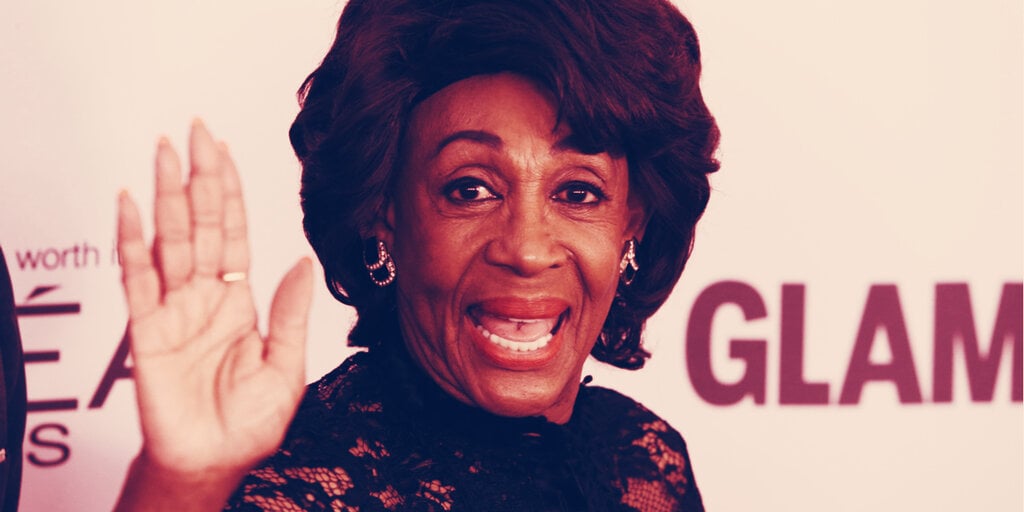 As the outgoing Trump administration gives way to the incoming Biden administration, legislators from both parties are sending signals to the president-elect about their expectations on everything from political appointments to legislative priorities.

Fifteen-term Congresswoman Maxine Waters, who chairs the House Financial Services Committee, is getting in on the act—and her opinion could indicate the direction of future cryptocurrency regulations.

In a letter to President-elect Biden today, the chairwoman stated, “Your appointed officials at the Office of the Comptroller of the Currency (OCC) must also not assume, as their predecessors have, that a law Congress passed over 150 years ago somehow gives them authority to provide a national bank charter to non-bank fintech or payment companies.”

Rep. Waters is likely referring to the National Banking Act, which became law during the US Civil War. The act, which has since been updated, established the OCC as an independent Treasury office that provides charters to and regulates national banks; the act helped modernize the United State’s banking system.

Under Obama appointee Thomas Curry, who served as comptroller from April 2012 to May 2017, the OCC began accepting applications for fintech national bank charters. Curry’s successor, Joseph Otting, who served from November 2017 to May 2020, also embraced such special purpose charters.

That effort has bled into the reign of Acting Comptroller Brian Brooks, whom President Trump recently nominated for a full five-year term (but whom Rep. Waters clearly isn’t ready to confirm). Under Brooks’ leadership, for instance, the OCC has issued guidance that national banks can take custody of clients’ crypto assets. It has also stated that national banks can hold stablecoin reserves for customers.

Rep. Waters recommended that both policies be rescinded.

The OCC has additionally proposed rule changes that would prevent national banks from discriminating against money services businesses, such as crypto firms, but also oil and gas companies. In her letter, Rep. Waters asked that the new OCC leadership “promptly rescind” this proposed rule, which is out for public comment.

Brooks is a former Coinbase executive who has come in for criticism from other congresspeople. In November, six Democratic lawmakers—Representatives Rashida Tlaib, Stephen Lynch, Jesús G. “Chuy” García, Deb Haaland, Barbara Lee, and Ayanna Pressley—wrote a letter to Acting Comptroller Brooks questioning the OCC’s “excessive focus on crypto assets and crypto-related financial services” at a time when many Americans were still waiting for stimulus checks from the COVID-19 relief bill.

Three of those lawmakers—Tlaib, Lynch, and García—took their case further this week, introducing legislation that would require stablecoin issuers to get banking charters.

That, combined with recent rumors that the Treasury would introduce onerous cryptocurrency regulations, has raised eyebrows within the crypto industry. Appearing on CNBC today, Brooks tried to put people at ease, saying, “Nobody’s going to ban Bitcoin.”

That’s probably a good bet—regardless of who’s serving as Comptroller of the Currency when Biden comes into office.