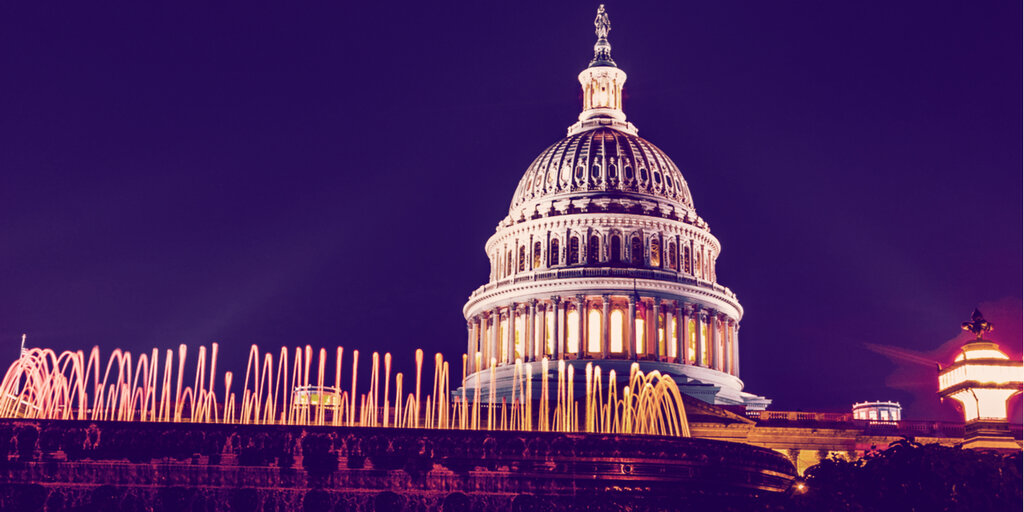 Congress is finishing up its negotiations surrounding the National Defense Authorization Act (NDAA) for the 2021 fiscal year before the bill is set to appear before both the House of Representatives and Senate.

The NDAA is a massive bill passed annually that includes budget authorizations for the Department of Defense. The final draft of this year’s bill includes the Improving Laundering Laws and Increasing Comprehensive Information Tracking of Criminal Activity in Shell Holdings Act (the, uh, ILLICIT CASH Act). The act focuses largely on bolstering the government’s efforts in the realm of AML and CFT, or Anti-Money Laundering and Countering the Financing of Terrorism.

And it broadens the “definition of ‘coins and currency’ to include digital currency” being used for illicit activities.

“It is simply too easy in the United States for criminals to hide behind anonymous shell companies,” said Senator Doug Jones, one of the bill’s co-sponsors. “Our bipartisan bill gives the American law enforcement and national security officials the tools they need to fight back against the criminals that seek to exploit our financial system and fund their illegal activities.”

Tucked into Section 308 of the act is a crucial update to the way that currencies are defined (at least within the scope of the document); in one instance, the act says that the word “funds” should be swapped out for ‘‘currency, funds, or value that substitutes for currency or funds.”

In a press release yesterday, lead sponsor Senator Mark Warner and his co-sponsors clarified that the new language is meant to further the “inclusion of current and future payment systems in the AML-CFT regime,” specifically “digital payments.”

One potential wrinkle is that President Trump—now settling into the reality of his lame duck presidency—has been threatening to veto the defense bill unless it strikes Section 230 of the Communications Decency Act, which protects tech companies such as Facebook and Twitter from being held liable for what their users post. This has been a sticking point for Trump throughout the year, despite the apparent lack of relevance to the actual substance of the NDAA; he signed an executive order attempting to limit Section 230 back in May.

…..Therefore, if the very dangerous & unfair Section 230 is not completely terminated as part of the National Defense Authorization Act (NDAA), I will be forced to unequivocally VETO the Bill when sent to the very beautiful Resolute desk. Take back America NOW. Thank you!

Trump loyalists like Lindsay Graham have tried to smuggle that revision into the bill, but for now, the majority of congresspeople on both the left and the right are refusing to fold.