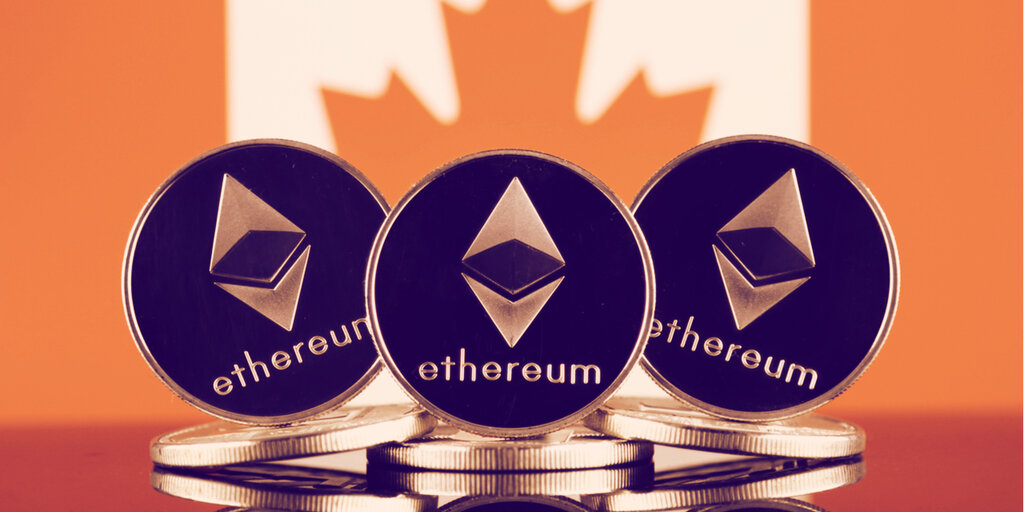 Canadians will soon have a new way to get in on the growth of Ethereum—but it disappears on December 10.

Canada-based 3iQ Corp announced on Thursday that Canadian regulators have approved a prospectus for “The Ether Fund,” opening the door for more traditional investors to gain exposure to Ethereum in their portfolios.

The Ether Fund initial sale will offer shares until 10 December, offering Canadian investors just one week to buy shares for what could be a profitable holding, should crypto market prices continue their climb. Shares purchased within this period will determine the initial size of the fund, which won’t be able to issue additional shares after that date.

The Ether Fund offers shares for sale that represent ownership in a managed fund tracking the value of Ethereum, controlled by 3iQ. Like the existing Bitcoin Fund, Investors will be able to buy and sell shares of the Ether Fund on the Toronto Stock Exchange under the symbol QETH.U.

The Ether Fund follows in the footsteps of 3iQ’s Bitcoin Fund, which launched in Canada in April 2020. Before it can activate, it will require a minimum of $20 million invested by December 10, and has a maximum total investment of $107.5 million. The Ether Fund offers a product similar to the Grayscale Ethereum Trust, launched in December 2017 and upgraded to an SEC reporting company in October of this year.

3iQ was founded in 2012 and has grown to become Canada’s largest digital asset investment manager, with more than C$400 million assets under management. In addition to The Bitcoin Fund, 3iQ manages a private Global Cryptoasset Fund containing Ethereum, Bitcoin, and Litecoin, only available to accredited Canadian investors.

3iQ’s Bitcoin Fund was approved in October 2019 after several years of work with Canadian regulators and launched on the Toronto Stock Exchange in April 2020. Less than a year later, investors in that fund will have marked gains of 160% as the price of Bitcoin rose to a new all-time high this week.

Ethereum has lagged behind Bitcoin in terms of pushing for all-time highs, but prices have still increased more than 350% since the start of 2020 and could be set for further gains. Ether’s all-time high is around $1,400, which it hit in January 2018.

More and more institutional investors are showing growing interest in digital assets like Bitcoin and Ethereum, and vehicles like The Ether Fund make it easier for fund managers to help clients who might otherwise steer clear of the volatile asset class.