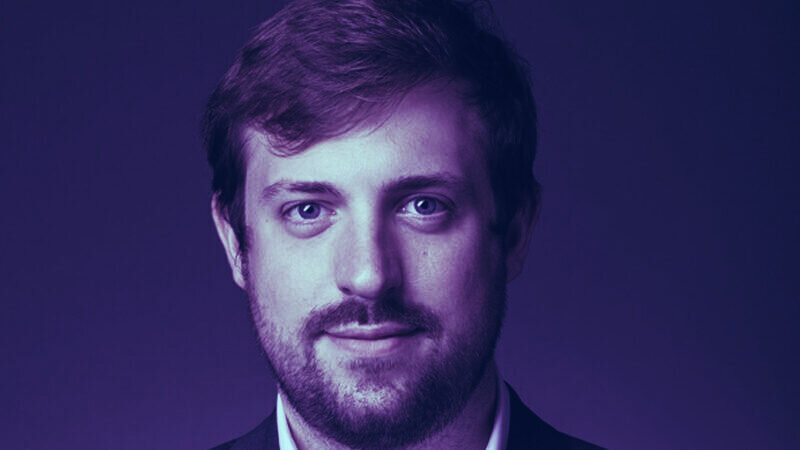 Rohan Grey, the legal scholar who helped draft the controversial Stablecoin Tethering and Bank Licensing Enforcement (STABLE) Act with Congresswoman Rashida Tlaib, wants you to know that he cares about anonymous digital cash—but he’s not about to give a free pass to those who he believes pose a systemic risk to the US monetary system.

Grey, an assistant professor at Willamette University College of Law, has worked with Rep. Tlaib to draft major financial regulatory reform bills, including the Public Banking Act, which was introduced in late October, and the Automatic Boost to Communities Act, a COVID emergency cash relief plan that directed the Treasury to invest in an open-source, self-hosted digital wallet capable of handling anonymous transactions.

Their latest collaboration is the STABLE Act. Among other things, the proposed legislation would require the issuers of stablecoins—digital assets designed to hold their value—to get a banking charter as well as approval from the Federal Reserve and FDIC. Stablecoin issuers would also have to be FDIC-insured or keep adequate reserves.

But, the law, should it be enacted, would have the consequence (unintended or not) of holding criminally liable the individuals who help validate and maintain the public, decentralized networks, such as Ethereum, upon which stablecoins operate. That includes node operators.

While the bill doesn’t criminalize smart contracts, he wrote, instead it makes it illegal to run the software—the Ethereum network—that might process smart contracts for stablecoins such as Dai. “By targeting stablecoins this bill would have the effect of also destroying the larger Ethereum network and any other smart-contract-enabled public blockchain as necessary collateral damage,” he said.

Grey told Decrypt in a phone interview that the bill isn’t about going after decentralized networks like Bitcoin or Ethereum. In fact, he has some of the same privacy-oriented goals as those open networks—but stablecoins are different, he said.

“We think that it’s more important to preserve anonymous decentralized privacy when it comes to public money than forms of private money,” he said. “The idea that we don’t care about privacy is bullshit…I care so much that I think the only fight worth having is over public money, and that all this stuff about DeFi is just a mistake of attention and focus.”

And Grey insisted his larger message is about the systemic risk stablecoins pose. As they became larger, crypto companies aren’t necessarily different from the big financial institutions they’re trying to supplant. The more money involved, the more that risk gets transferred from individual consumers and grafted onto the larger financial system.

“That’s the hard lesson of banking history, which is that all kinds of actors have come up with business models or reasons why they believe their particular approach to asset collateralization and risk or whatever is unique or different and therefore doesn’t pose a systemic risk the way that others do and, historically, each of those has not been the case,” Grey said.

In other words, a bailout. “The way you address this,” Grey said, “is to have government support and to recognize that acquisition deposits that function as money are an extension of the public monetary system and need to be regulated as such.”

Not according to Grey.

“What stablecoins are promising is what a deposit promises. A deposit is: You put your money somewhere and you can get it back out on demand and then you can use it to make payments as if it was money,” he said. “You can come up with all sorts of fancy ways to collateralize it with an algorithm that adjusts the quantity of a balance and blah blah blah. That’s all on the asset side that enforces the obligation. The obligation itself is very simple.”

And, according to Grey, someone’s always left holding the bags when something goes wrong—ideally, regulation helps make sure it’s the group that carries the liability.

“I hold the view…that decentralized networks are not sort of a crowd where there’s nobody liable—that there are actors you can point to that operate and govern and make decisions related to key parts of that infrastructure,” he said.

Yes both could be potentially liable. And yes my broader point is that the idea these systems are somehow devoid of humans with agency (and thus responsibility) is fact free propaganda.

But that’s also where advocacy groups like Coin Center get nervous. That’s because decentralized finance, the innovative set of (mostly) Ethereum-based protocols, are increasingly interwoven with stablecoins.

“If you tell people, ‘You’re not allowed to validate blocks that have Dai [stablecoin] transactions in them,’ and the Ethereum client is a permissionless client that lets anybody write any kind of software to be validated by the entire network, then you’re going to be creating criminal culpability for anyone in validating that blockchain,” Van Valkenburgh told Decrypt.

In his blog, he wrote: “Let’s not pretend that the bill simply says that only banks should back consumer held dollar notes when it actually necessitates the mass search and seizure of computers running free and open software in American households.”

Grey said that’s overblown—as he sees it, the law as written would be similar to counterfeiting laws.

“Counterfeiting money is counterfeiting money. Issuing bank deposits without a license is issuing bank deposits without a license. That’s different from saying that once you create a law like this, the next step is people getting thrown out of their beds,” he said. “What’s going to happen is pressure is going to be placed on the industry, on the big players, and then the whole industry will evolve and won’t put people in the position of being at risk for this.”

Those big players include Facebook’s Diem (née Libra), which is namechecked in the bill, as well as others “in the process of getting special purpose payments charges through the OCC, which is explicitly designed to reduce their regulatory oversight at the Fed and the FDIC.”

But Van Valkenburgh told Decrypt that the counterfeiting metaphor doesn’t track. “Counterfeiting is always illegal. Running an Ethereum node is only illegal, even if this bill passes, if the block includes a Dai transaction that’s—not even your own Dai transaction, somebody else’s that you’re validating.”

Regardless, in a way, this bill would give cryptocurrency advocates a clearer sense of where they stand—something industry players have been asking for. Just not in the way they might have hoped.

“The idea here is that even an instrument issued on a decentralized network,” said Grey, “if that instrument is trying to walk and talk like money, and therefore carries a systemic risk, it should be regulated like money.”