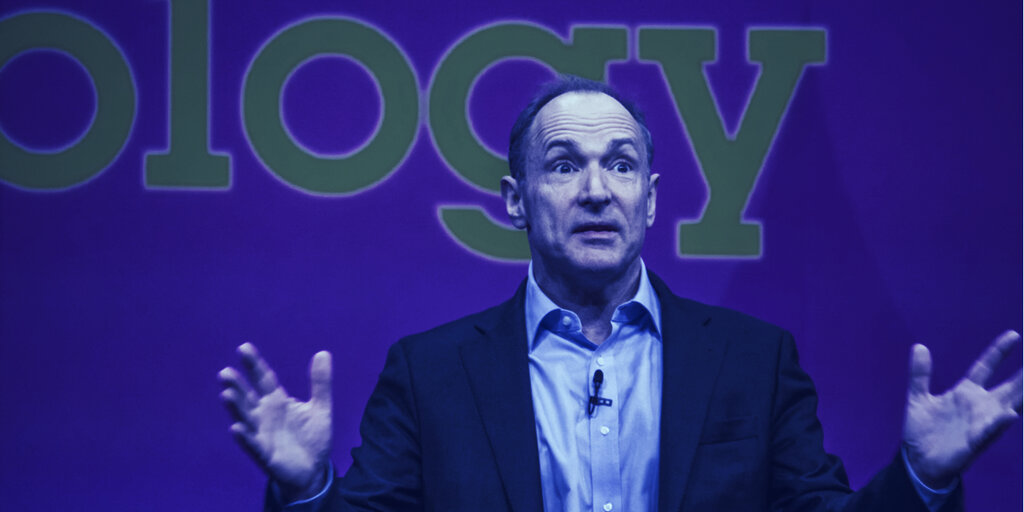 Sir Tim Berners-Lee, the creator of the World Wide Web and CTO of Inrupt, thinks he’s come up with a way to decentralize the Web. But it doesn’t have anything to do with a blockchain, Berners-Lee and CEO John Bruce explained at Web Summit yesterday.

Inrupt last month announced Solid, an open-source privacy platform that lets users store their own data, then grant access to companies and organizations at will—rather than letting social media and advertising companies harvest their data and sell it for hefty profits.

Founder of World Wide Web releases his Contract For The Web

This, Bruce and Berners-Lee claim, decentralizes the internet because it gives power back to the people who own and produce the data.

“So the default is that it is yours,” said Berners-Lee at yesterday’s summit. “You can share it with insurance companies if you want if that’s part of the deal, but you’re in control.”

The benefit of this is that businesses and organizations can focus on servicing customers, said Bruce. “Most organizations don’t want your data but they’d like to have access to it.”

A healthcare organization such as Britain’s National Health Service, which is building an app on Solid, could focus on ensuring the British public remains fit and healthy.

“And that’s a very, very different world to live in, where we don’t have to surrender our data for organizations to service us. But we can grant them access to it, we can trust them to work for us,” said Bruce.

So…wasn’t blockchain and crypto supposed to be the decentralized web? Isn’t that what Decrypt is all about?

Berners-Lee explained: “Blockchain and Solid are different,” he started. “Blockchain is a system where if everybody stores the same data; everyone has a copy of the blockchain.” That’s useful for when you want to, for instance, “have a single ledger of everybody’s IDs or what is spent in the bank,” he said.

Referring to Solid, he said, “Everyone stores different data. You’re not all tugging at the same level.” Nor, he said, are you “paying to keep the same system going.”

Each organization or individual on Solid has a “pod.” These pods represent silos of data that talk to other pods. So, someone’s pod may grant the NHS access to the pod that stores their health data.