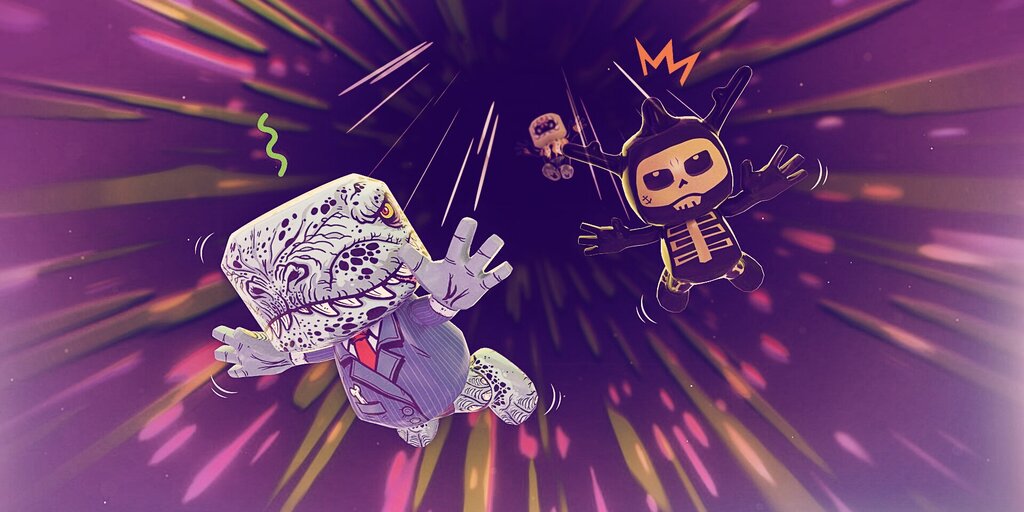 Blankos Block Party, a blockchain-driven PC game from Mythical Games that lets users create, share, and play together, will launch in open beta on December 10.

Developed in collaboration with Third Kind Games and self-published by Mythical, Blankos Block Party looks like a crypto-fueled alternative to Roblox, the immensely popular game based around user-generated games and content. Blankos Block Party players can create their own games, compete in online challenges, and play and socialize using their customizable characters.

The difference, of course, is that Blankos Block Party players can purchase and own provably rare content, including unique versions of the titular Blankos characters. Blankos Block Party takes inspiration from vinyl and designer toy culture, and the open beta launch will bring new Blankos designed by vinyl toy artists Pete Fowler and Jon-Paul Kaiser.

The open beta launch comes just weeks after Blankos Block Party entered a closed beta in November, which users could enter by purchasing one of the various Founders Packs of in-game content. Ranging in price from $25 to $150, the packs provided incoming players with a distinctive Blanko character and accessories of varying rarity levels to use in the game.

Mythical Games will continue to sell the Founders Packs until December 13, and then burn any remaining tokens, possibly making the packs even more rare than the initially-stated supply counts implied. Each pack was released in quantities ranging from 3,500 to 6,500 apiece.

According to the studio, more than 100,000 people have already registered accounts for Blankos Block Party, with 15,500 fans participating in the game’s official Discord channel.

Mythical Games was founded by an array of industry veterans with experience at companies such as Activision, Oculus, and EA, and has raised $35 million in funding to date. Last year, Mythical co-founder Rudy Koch, VP of Blockchain & Marketplace Services, told Decrypt the company plans to launch a Mythical Platform that will enable player-owned economies across a wide array of games.

“We believe that player-owned economies belong in any game. We want to provide a suite of platform services that abstracts the complexities of blockchain and allows developers to design game economies that empower players and content creators to get involved,” he said.

“Today, some of the most successful games have monetization models that are completely built around in-game item economies. Blockchain has come in at a perfect time to elevate the potential of digital items and give game developers more tools to build robust economies.”