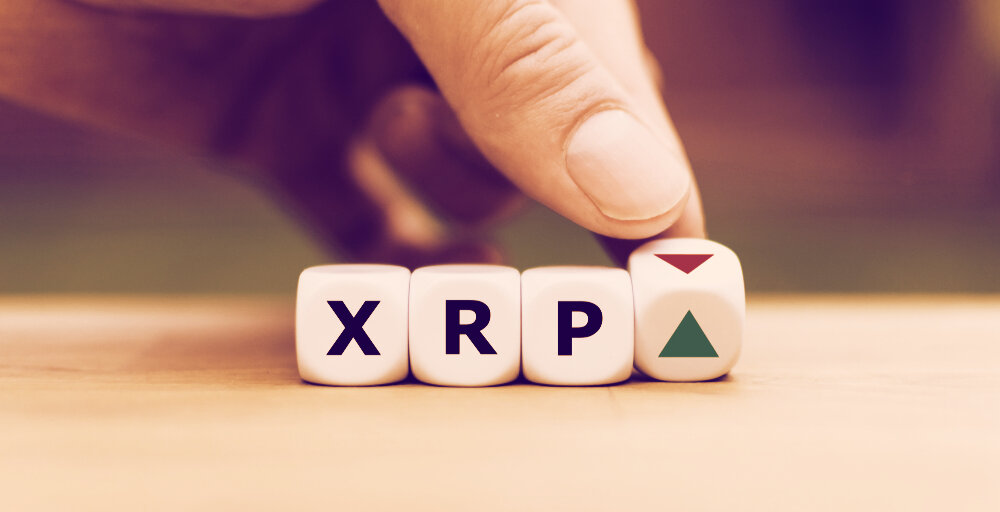 XRP trade volumes increased by over 1,151% at social trading platform eToro in November, the firm said in a release shared with Decrypt. The metrics made XRP the second-most traded cryptocurrency on the popular app.

As of the earliest altcoins, XRP remains familiar to most investors and observers of the crypto market (ahead of niche and new markets like DeFi). This, coupled with Bitcoin’s ever-increasing prices in the past few months, has created an environment for investors to take bigger bets on altcoins.

The growth came amidst a broader run among altcoins and the search for the next top gainer. “Altcoins are making waves as investors look to alternative cryptoassets to diversify and make gains elsewhere,” said eToro market analyst Simon Peters.

He added, “XRP’s increase in month-on-month trades is entirely logical in the context of November’s price rise. The token rose from $0.240 at the start of November to $0.661 at the end of it.”

The figures are a 175% gain for investors in percentage terms. In contrast, Bitcoin rose a relatively smaller 38% (from $13,755 to its current price of $19,023), while Ethereum, the world’s second-largest cryptocurrency by market value, posted marginally better returns of 53% (from $386 to $593).

One of the fundamental reasons for XRP’s stellar performance is the upcoming Flare Network airdrop. The project touts itself as a smart contract bridge to other networks, meaning XRP holders can easily interact with projects like Polkadot or Ethereum without using other tools or having to exchange XRP for another asset.

Flare Network might just be the key to seeing a proliferation of issued currencies. Especially *trustless* issued currencies—and combined with pathfinding features of the XRP Ledger, there’s so much potential.

But how does that tie in to XRP’s price? Unlike initial coin offerings or a pre-sale, Flare Network will distribute its SPARK tokens to XRP holders on December 12—or essentially free money for its believers. This, alongside popular exchanges like Binance supporting the airdrop, incentivizes the purchase of XRP, which in turn drives up prices.

Meanwhile, the attractive volatility of XRP aside, Peters cautions users to stick to passive investments instead of trying to day trade the notoriously volatile crypto markets. “Investors will be best served by treating crypto as a long-term investment,” he said, adding that there’s a benefit in ‘hodling’ and staying calm.

XRP users may want to pay heed to that.