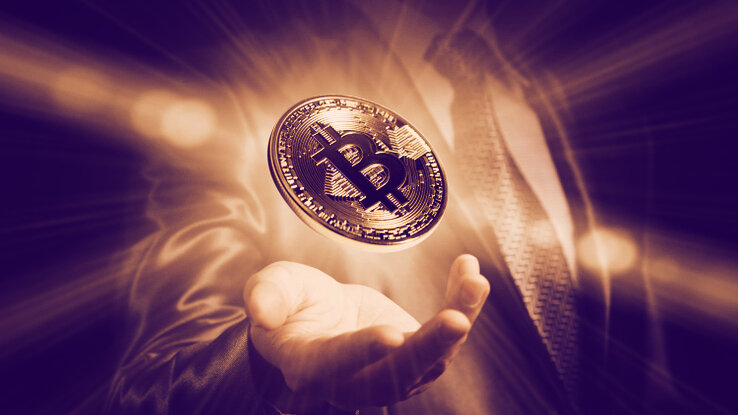 Dan Held, growth lead at crypto exchange Kraken, tweeted on November 23, “Why would anyone want to spend their crypto?”

The next day he said, “Don’t spend. HODL. Trust me, you’ll regret it!”

But this is all quite perplexing. What is the point of Bitcoin if it’s not used to buy and sell things? Why solve the double-spend problem if you’re not going to spend it? And worse, if Bitcoin isn’t used for anything, then are the critics right that it’s simply a bubble with everyone hoping to sell to a greater fool at a higher price? Surely not.

So Decrypt sat down (virtually, of course) with Held, pinning him on this very topic. And it turns out that it’s much more complicated.

Whose problem is Bitcoin solving?

Held is a libertarian who became skeptical of the US government’s financial acumen during the 2008 financial crisis. In 2011-2012, while studying finance at Texas A&M University, he discovered Bitcoin and saw it as a brilliant breakthrough at the monetary policy level—particularly its hard-coded supply cap of 21 million Bitcoin.

He then joined Uber and worked for nearly two years as a growth—and then product—marketing manager. And it was this understanding of how a product works, is marketed and is used that he applied to Bitcoin, confirming his perspective that it wasn’t designed for everyday payments.

Why We Get Obsessed With Bitcoin

In 2013, 2014, when businesses such as Microsoft first started accepting Bitcoin, the community was ecstatic. And yet it never took off; few people wanted to spend their Bitcoin and many businesses ended up scrapping support for cryptocurrency.

Held explained that, not only is Bitcoin poorly designed for everyday payments—transaction fees are too high, confirmations too slow—it’s unnecessary for them.

“I don’t need to store my coffee transaction in an immutable ledger. I don’t give a shit if they try to censor my coffee transaction. Go ahead, it’s fine, I’ll figure out another way,” he said. (He acknowledged that Bitcoin payments do have a niche use case in illegal online payments, but that these are very rare).

When it comes to storing wealth, however, protecting against both government inflation and the value being seized or taken, Bitcoin offers far more.

“You would be hard pressed not to see this in the current economic environment, Held said. “You’ve got tens of trillions of dollars being printed. Globally, citizens are seeing their wealth diminish and there’s nothing they can do about it—other than buying gold or buying Bitcoin.”

PayPal CEO Is ‘Very Bullish on Digital Currencies of All Kinds’

He noted that throughout history, governments have inflated their currency, hurting the purchasing power and the wealth that people have accumulated and unnecessarily penalizing them. “Every individual in the world should have the ability to store their wealth in something that can’t be seized very easily, and they can transmit to anyone and has a monetary policy that says we will reject any inflation,” he added.

And this is where he finds Bitcoin’s true value. Rather than spend huge amounts of electricity on keeping the Bitcoin network running and storing the data on thousands of computers around the node just to buy a coffee, it’s about having monetary freedom and the ability to preserve wealth in a way that governments can’t ransack.