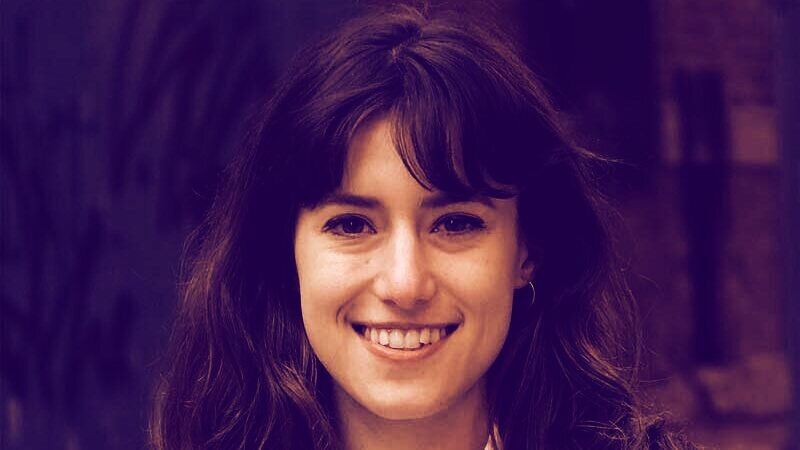 Today, Forbes published its 30 Under 30 list for 2021, its annual curation of America’s most successful entrepreneurs and hustlers born after 1990.

The 30 Under 30 moniker is something of a misnomer—it’s more like 30 individuals/teams under 30 years old in 20 categories, resulting in over 600 awardees. Nonetheless, blockchain and crypto entrepreneurs made strong showings in categories like Finance and Venture Capital.

We counted 10 awardees who would be equally at home on a Who’s Who in Crypto list:

Amiti Uttarwar Is Blazing A Trail For Inclusive Bitcoin Development

While many people on the list say it doesn’t matter, it was a team effort, they hadn’t really thought about it much…we asked four of the recipients what it really means to them:

The daughter of Argentinian parents who fled their country in the 80s as the economy spiraled into hyperinflation, Flori Marquez, co-founder of BlockFi, considers making the list proof that she’s made her mark on America.

“It’s recognition,” she said, “and publicity for our products.”

Marquez, 29, co-founded BlockFi in 2017, but it really burst onto the crypto scene last year when it began offering crypto users interest on their Bitcoin and Ethereum holdings—all before DeFi had truly taken off.

As soon as she heard the news, Marquez called her mother, Cecilia, a Spanish teacher in Boston. “And this is the most ‘mom’ move of all time,” Marquez said. “She congratulated me, but I could tell she was kind of trying to hang up. And then I think she thought she had hung up the phone, but she hadn’t and I could hear her say to her entire class: ‘Guys, my daughter just won!’”

Joey Krug, 25, told Decrypt he had no idea he was in the running. Unlike his rivals, he hadn’t applied—Forbes journalist Michael Del Castillo snuck him into the competition after he penned a profile on Krug in July. Krug only discovered his success upon scrolling Twitter.

“It’s cool; it’s exciting, I guess,” shrugged Krug. “But the actual fun part is the day-to-day of actually doing that sort of stuff.”

That “sort of stuff” refers to a lot. Krug co-founded Augur, a platform for betting markets that is built on the Ethereum blockchain. It seeks to foster truly global markets on anything one might want to bet on–and lower the hefty fees that take the fun out of it.

But he also shares the role of Chief Investment Officer at Pantera Capital and serves as an advisor, investor, or developer on a handful of other projects.

“It’s not that important in the grand scheme of things,” Krug said of the Forbes award. “It’s great to be part of it. But it’s not that I would try to use it for personal gain or anything like that.”

Now that Krug is on the way to solving online gambling, his goals are to “at least make a dent” in finance and healthcare, two other industries he considers broken.

At a practically ancient 29 years of age, Brian Tubergen, founder of crypto ICO platform CoinList, made it on the list in his last year of eligibility.

He’s watched as those around him won in years past. His co-founder, Andy Bromberg, made the list in 2016 for starting a (since shuttered) political news analysis app, Sidewire. And two of Tubergen’s close friends won the award. Nader Al-Naji, was honored in 2019 for making Basis, a (now defunct) stablecoin company that raised $133 million in a token sale, and Alex Pack, cofounder of crypto VC fund Dragonfly Capital, won it last year.

Now that it’s his turn, Tubergen said he feels “a little bit like a celebrity.”

“Certainly my friends outside the tech community seem to think it’s one of the most awesome things in the world,” he told Decrypt.

“I’m sure it’ll wear off tomorrow,” said Tubergen, who will return to the grind that won him today’s award. As Chief Product Officer at CoinList, a fundraising platform for crypto companies, he may be helping produce the next generation of 30 Under 30 entrepreneurs. “We got to keep working,” he said.

The award, he insisted, is “a distraction from what matters most, which is continuing to build this company and deliver value to our customers.”

But has Tubergen applied before? “It’s possible in a previous year that I quickly filled it out,” he said. “But this was the first year that I put in effort.” So that’s how to make the list.

Sam Bankman-Fried, 28, founder of crypto derivatives exchange FTX, said the news broke while he was in a marketing meeting.

The entrepreneur informally known as SBF said he felt relieved and excited. But it’s daunting, he said. The plaudits add an extra layer—not much, but enough to notice—of responsibility to his job, where he builds systems people have invested “a lot of their time and life and money into.”

The Man Who Saved SushiSwap

“I think that adding the incremental thing on doesn’t change that feeling very much,” he said.

Still, he appreciates being noticed for the work he’s done—both at FTX and as CEO of full-service crypto trading firm Alameda Research. “These things tend to at least try to be reflections of what you’ve done,” he said. Does he think that the Forbes accolade reflects his achievements? “I think that I would feel a lot more weird about it if it didn’t.”